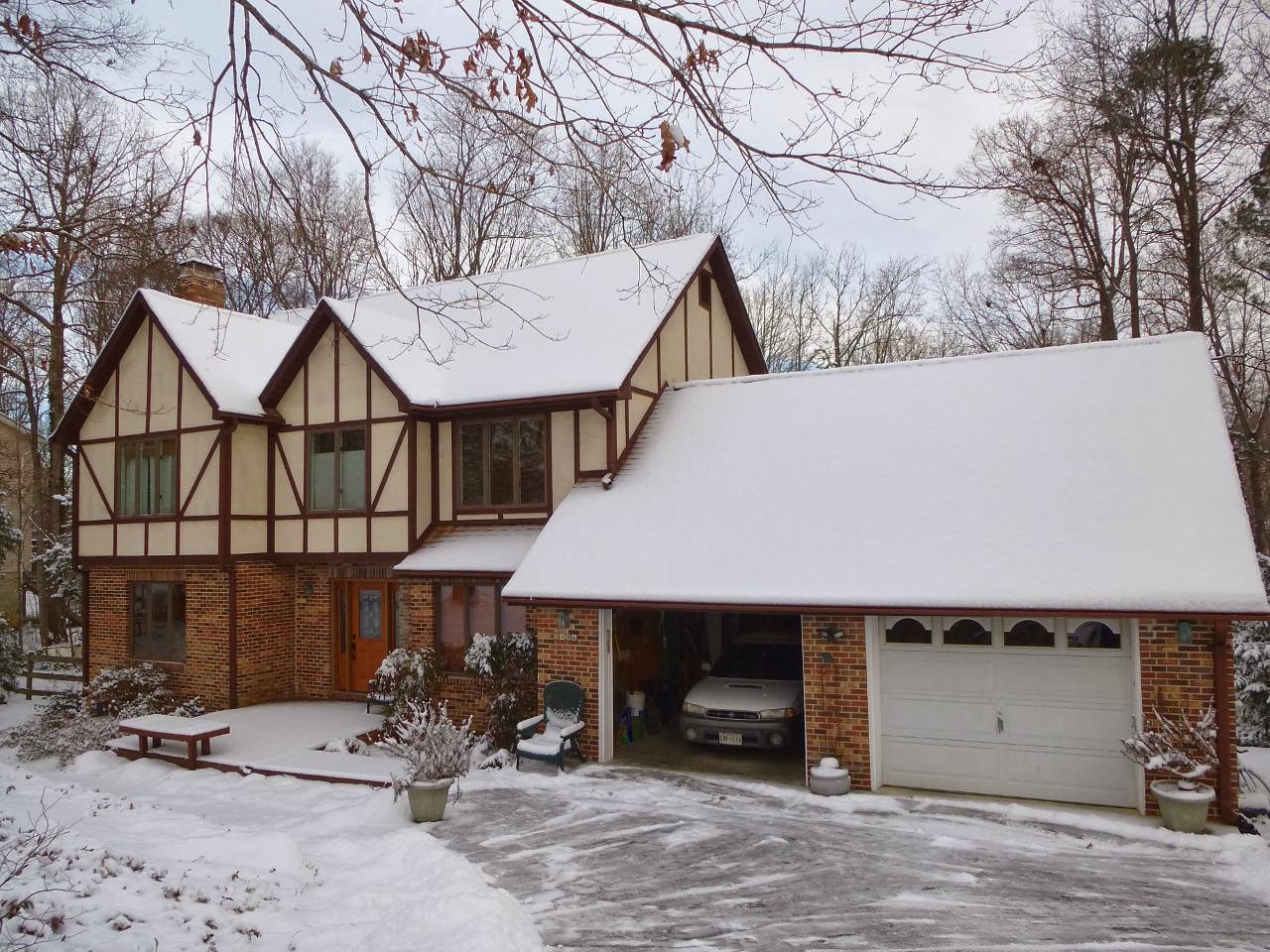 We woke this morning to another 3-4 inches of crystalline global warming lying on the ground, and the sound of snow shovels scraping on pavement, courtesy of Tropical Winter Storm Leon.  When we looked out we discovered that the scraping sound had been one of our neighbors clearing the snow from our driveway!  Do I look that old? But anyway, thanks, whoever you were.

Yesterday's Obamacare Schadenfreude was overshadowed by the lead up to the State of the Union Address last night, which sucked up most of the coverage.  Did I watch? No, my bullshit detector is far too sensitive to subject it to such a concentrated dose.  However, if you would like to hear someone else's take on it, may I suggest Ann Althouse ( "Are you going to have sex with me or do I have to rape you?"), the Vodka Pundit Stephen Green (Nobody’s listening. Nobody cares. So in my best John Cleese voice I’ll just add, “This is a lame duck!”), or even Kevin Williamson, a man after my own heart who wrote even before the event: 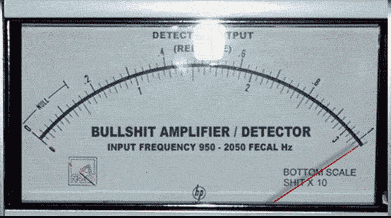 The annual State of the Union pageant is a hideous, dispiriting, ugly, monotonous, un-American, un-republican, anti-democratic, dreary, backward, monarchical, retch-inducing, depressing, shameful, crypto-imperial display of official self-aggrandizement and piteous toadying, a black Mass during which every unholy order of teacup totalitarian and cringing courtier gathers under the towering dome of a faux-Roman temple to listen to a speech with no content given by a man with no content, to rise and to be seated as is called for by the order of worship — it is a wonder they have not started genuflecting — with one wretched representative of their number squirreled away in some well-upholstered Washington hidey-hole in order to preserve the illusion that those gathered constitute a special class of humanity without whom we could not live.

It’s the most nauseating display in American public life — and I write that as someone who has just returned from a pornographers’ convention.

It’s worse than the Oscars.

At least the Oscars has lots of good looking models and actresses in low cut gowns and side boob. At the SOTU you get Babs Mikulski.

Now, onto some minimal Obamacare Scahdenfreude:


...in less populated regions than California, the effects of these smaller networks is likely to be even more acute. ObamaCare coverage has been up-and-running for almost a month now, and several Tennesseans have been experiencing the new reality firsthand, via the Free Beacon:


WSMV’s Nancy Amons reported two cases of Obamacare enrollees who have been notified that they will no longer be able to see doctors they were able to visit when they were on their previous plan.
Shawnna Simpson’s fifteen year old daughter was hurt last week in a cheerleading accident. Simpson called her family doctor and learned that they do not accept her current health insurance plan, BlueCross Network E.
“We have health insurance at this point that is worthless,” Simpson said of the plan that she pays $600 a month for. … We can’t use it in the county that we live” she said.
BlueCross Network E is a micro network – a very small network with limited doctors and hospitals. Neither Vanderbilt nor TriStar are in the network.

Even a US Senator has found out that Obamacare won't cover his chosen oncologist:


Coburn didn’t reveal who his doctor is, but needless to say, losing your doctor is not an uncommon experience in the new golden age of “universal” health care, even for cancer patients.


The Oklahoma Republican’s spokesman confirmed to POLITICO that since the senator enrolled in his health insurance plan under Obamacare, his coverage has been reduced and he lost coverage for his cancer specialist. Coburn will continue to pay out of his own pocket and see the oncologist, his office said…
“We hope the White House will work with us to make sure Americans who can’t afford to pay out of pocket don’t lose access to life-saving care,” spokesman John Hart said. “As Dr. Coburn’s experience shows, the American people are about to learn they’re going to lose access to not only their doctors and plans, but their specialists and treatments.”

Have provider networks shrunk that much even among “gold” and “platinum” plans on the exchanges? That’s what Coburn, who’s already survived previous bouts with cancer, would have purchased, I assume. It’s no secret that “bronze” and “silver” plans help pay for their lower premiums by keeping provider networks comparatively small; I assumed one of the benefits for shelling out for a cadillac plan would be a robust network. Not robust enough, apparently.

You might remember that Republicans added the amendment that required Congress people and their more senior staff to take Obamacare, as a bit of a bitter pill (not quite poison, but unpleasant) to the legislation, so you might say that Coburn has been hoist on his own petard.  Or you could say that he's putting his money where is mouth is, since he is paying to keep his doctor.

And finally, this from, again, the VodkaPundit: Your ♡bamaCare!!! Fail of the Day 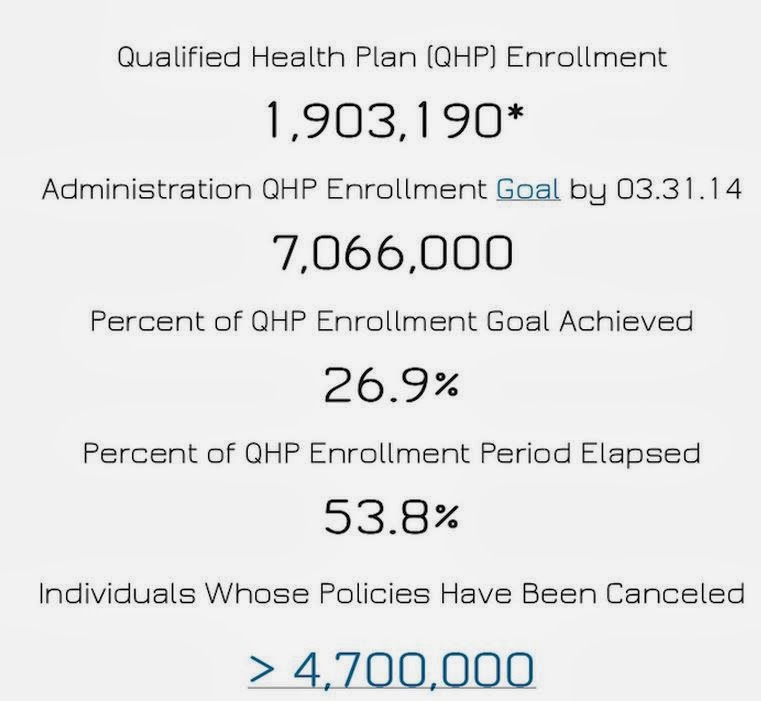 Wombat-socho has the great collection for the week, "Rule 5 Sunday: All Hail The Superb Owl!" up at The Other McCain.
Posted by Fritz at 10:36 AM