A Mild Case of Obamacare Schadenfreude

Another foggy morning here in slower Maryland. It's only about 40 F out, but the air is still (at least here at home, the Cove Point site shows 10 knots SE, which suggests a bit of warming before the showers later.

Obamacare Schadenfreude, we have a bit, just a bit, almost too few to mention. From Theo's, this summary of Obamacare:

To insure the uninsured, we first make the insured uninsured and then make them pay more to be insured again so the original uninsured can be insured for free.

From the Daily Caller, how the "brosurance" and "hosurance" ads for the Colorado brand of Obamacare failed to make significant traction with their target audience, the young irresponsibles invincibles": 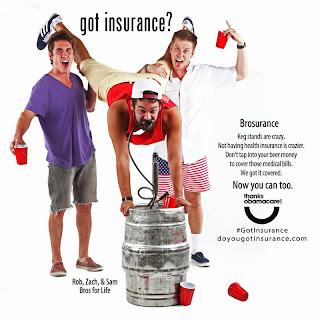 
Unfortunately, if these ads are appealing to anyone, it isn’t the coveted 18-35 demographic. Colorado ranks near the bottom of the heap for signing up young adults, with just 22 percent, even though (by my rough calculations) they make up more than 40 percent of the state’s uninsured population. (Sources: The Census Bureau says 20-34 year olds are 24 percent of the population, which is a low estimate for 18-34, and the state government says that 23 percent of 18 to 35 year olds are uninsured. I used the two data sets to calculate the size of each age group’s uninsured population and divided by the total.) 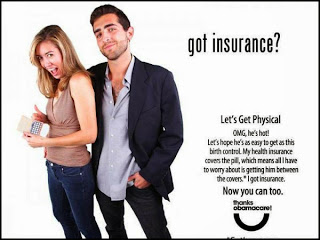 It’s possible that young people realize they’re being lied to, that they’re getting a raw deal out of this whole debacle. (This scam is based on the idea of fleecing the young and healthy to pay for the whole thing.) It’s also possible that they’re not paying attention and they just don’t care, because it’s boring.

Either way, this is just another piece of evidence that Obamacare is a failure of titanic, not to mention Titanic, proportions. We haven’t hit the iceberg yet, but it’s looming. And our moral, ethical, and intellectual superiors are scrambling around frantically, trying to come up with the perfect configuration of deck chairs. 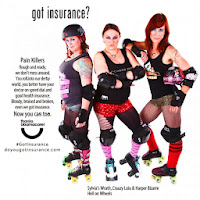 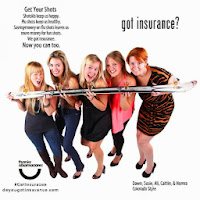 The ads are the best part of the Superbowl, but I don't automatically go out and buy the Ram truck. 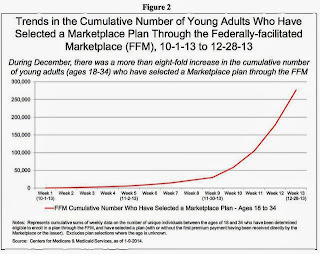 Megan McArdle takes a look a at Administration optimism over the the enrollment data with a gimlet eye:


. . .It is true that the number of young adults enrolled in the program is rising. But eyeballing the graph, I don't see the ratio of young enrollees to overall enrollment rising at all -- if anything, it seems to fall very slightly between the end of Week 9 and Week 13. (There are no numbers to go with the charts, so it’s hard to be entirely sure.)

Of course, the ratio is mostly what we’re worried about, not the number; getting an extra 100,000 young people to sign up while you get an extra 500,000 old people doesn’t improve the stability of the insurance markets -- it makes them more unstable.

Of course, we still have the Massachusetts experience. But the more I think on that, the less confident I am. The chart I swiped from Jonathan Cohn for yesterday’s post shows a positive trend -- but it’s only for Commonwealth Care, the subsidized program, not the overall market. And Massachusetts didn’t, as far as I am aware, have the same rash of mass cancellations, so they only had one enrollment spike, not two, as Garance Franke-Ruta showed in October.

We’re in uncharted territory here. The numbers we have probably aren’t very good guides to the future. But that shouldn’t necessarily make us more confident.

And Mickey Kaus takes on the Washington Post's Wonkblogs assertion the that risk of a "Death Spiral" has passed: 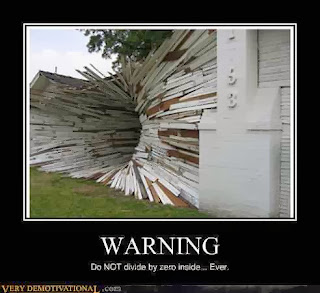 Wonkblog‘s Primal Urge to Reassure Wins Out: In point 4 of his 11 point “Wonkblog” (Headline: “The death of Obamacare’s death spiral”) WaPo‘s Ezra Klein assures his readers:

That’s because–he argues–even if the exchanges miss their targets for enrolling young people, it doesn’t matter that much in terms of premium increases.
But then in point 7 of his 11 point blog Klein says:


“‘The health mix of ACA enrollment is much more important than the age mix,’ writes [Larry] Levitt. ‘So far, we’re using age as a stand-in for health. But if all the young people signing up are sick, then the models break down.’"

Right. So if the exchanges miss their health targets–as opposed to their age targets–the risk pool might be so bad insurers would have to raise rates, making it even more difficult to sign up healthy people (“the models break down”). That’s the death spiral. It’s not at all implausible that the sickest young people are signing up and sicker old people are signing up.

Since we don’t know the healthy vs. sick ratio** of those who’ve signed up for Obamacare, the “risk of a ‘death spiral’” is not over.  Point 7 vitiates point 4.