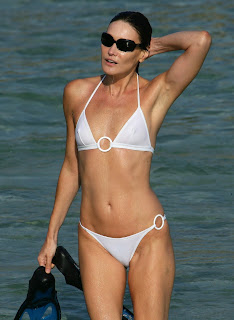 There's nothing like a devout socialist to make the "right-wing" look good.  Too bad it takes so long to undo the damage they cause.


The two men were the only politicians present in the list, dominated by music, film, TV and sports celebrities.

The poll came a day after Mr Sarkozy reportedly received a rock star's welcome when he turned up to a pop concert in St-Tropez with his wife Carla Bruni-Sarkozy, during which half the audience gave him a standing ovation. 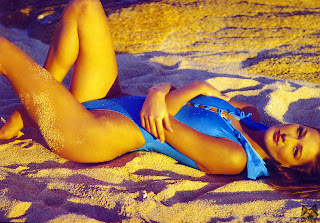 Are we sure the standing ovation was for Nick and not Carla?  She is, after all, a super-model and rock star, a combination rarely matched.


The 58-year-old's ranking is the highest he has ever achieved, including in a poll taken in the "honeymoon period" shortly after his election for a five-year term in 2007.

If I were French (and I'm glad I'm not), I'd support Sarkozy just so that France would have the world's coolest first lady again.

Roger Karoutchi, a UMP senator and Sarkozy supporter, said: "Those who hoped to turn the page on 'Sarkozysm' are sorely mistaken." "The stronger the discredit of François Hollande, the more people feel cheated and the more that gives credit to Nicolas Sarkozy's record." 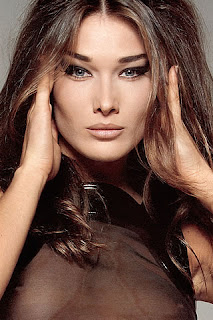 Well yes, as Margret Thatcher pointed out, the trouble with socialism is that eventually you run out of other people's money to steal.  Usually quicker than you think because the people who make it it vote with their feet.


Mr Sarkozy's strategy of keeping silent is clearly paying off but any full return to political life would be "extremely complicated," Mr Dabi warned.

"There is a kind of Americanisation of French politics," he said. "Before (François) Mitterrand and Chirac could try and return several times. Today in France, it's one strike and you're out."

Well, that's not strictly true; Nixon came back after losing the presidential race once, and more recently, well, we'll have to see about Spitzer and Weiner.
Posted by Fritz at 6:00 AM