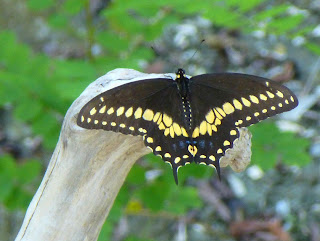 As I said in my earlier beach post, I got distracted way up the beach when I discovered an area chock full of butterflies.  The first clue I had was when I found a Black Swallowtail (Papilio polyxenes), and then another.  First a female (the one I posted on the beach post), then this male. 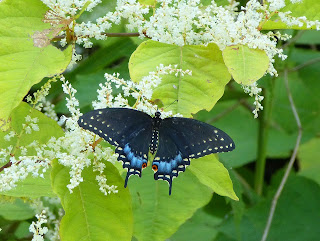 And then, another female, this one, which clearly shows the red and black "bulls-eye" on the hind wings that is the easiest diagnostic sign.  It's similar to the Spicebush Swallowtail.  Both are blacker than the black morph of the Eastern Tiger Swallowtail, and a little smaller, and have a double row of orange spots on the rear under-wings.  The Spicebush has the classic "comet" mark, but the Black has the complete row, with a little "pile up" of orange dots. 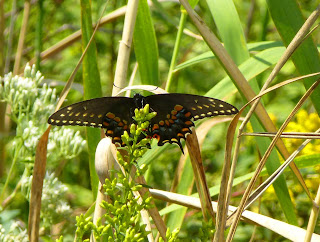 I wish I knew what this plant is.  It's a large shrub, with big leaves and fine white flowers, and it's a major attractor for butterflies, bumblebees and wasps of various sorts. 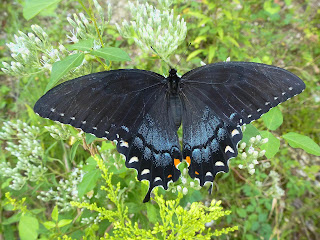 A good specimen of the black morph of the Eastern Tiger Swallowtail (as I've explained before, all the black morphs of this species are female, but both males and females come in yellow.  Compare the wing markings to the female Black Swallowtail two 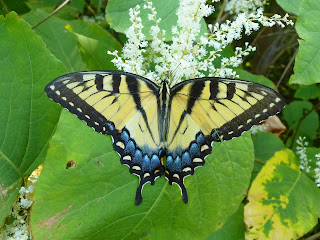 A yellow female Eastern Tiger Swallowtail (the large blue area in the hind wings is absent in the males). 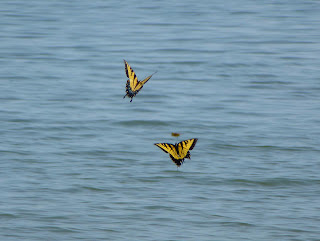 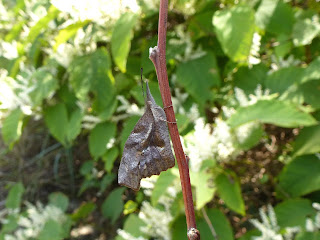 A male and female Eastern Tiger dancing out over the bay.

A much better look at an American Snout(Libytheana carinenta) than the one I got a few weeks ago. 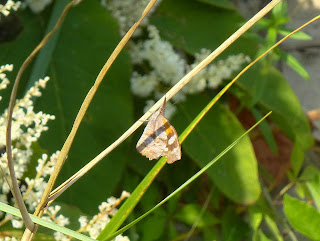 Another shot, with more light, and the Snout showing a little more color in the upper wing. 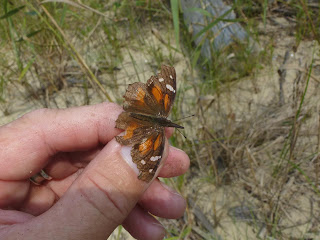 I got a little frustrated trying to catch the Snout with his wings open, so I resorted to a tactic I try to avoid, catching the butterfly, and getting it to open them... 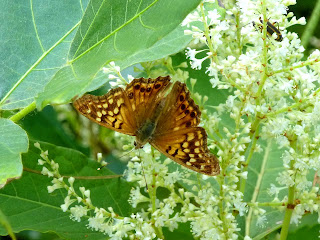 And now a real prize; a new butterfly for my list.  I'm about 99% certain this is a Tawny Emperor (Asterocampa clyton), but I'll submit it to butterfliesandmoths.org just to be sure.  But the  markings are about right, and nothing else likely looks as good. 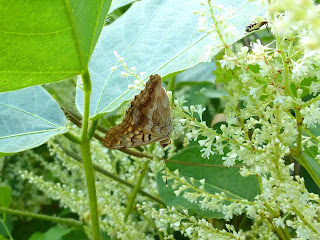 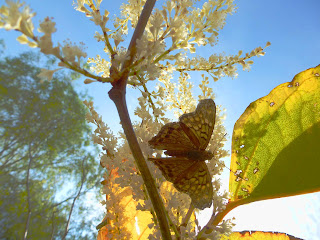 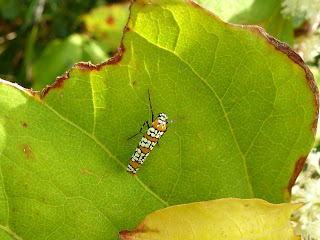 I noticed this while I was photographing the one above.  Not a butterfly, it's a moth. I found one last year, and I thought I remembered it being an Amaranth Moth, but that doesn't google up...  Later maybe. 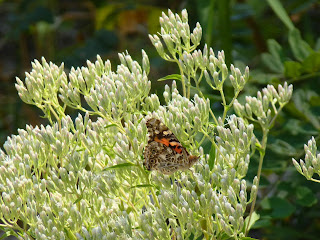 An old favorite, the Painted Lady (Vanessa cardui).  From the side... 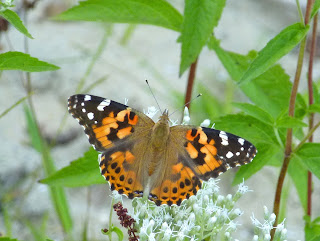 And from the top. 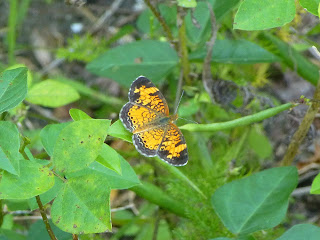 The Pearl Crescent (Phyciodes tharos).  At one point, I thought I had a new little one, but it turned out to be a badly faded and tattered Pearl Crescent. 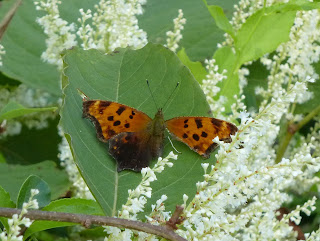 I saw a couple of these Eastern Commas (Polygonia comma).  This one seems to have lost one rear wing, but it didn't slow it down. 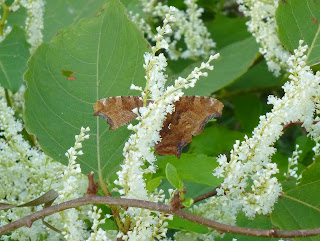 The classic comma mark on the underwing, from whence the name. 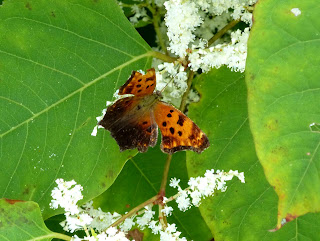 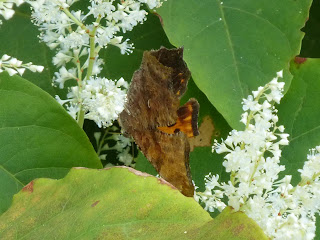 See the tiny white dot with the "comma" mark?  That's about the only difference I can find.

I saw lots more butterflies up in those weeds, including the Spicebush, the Azures, the hairstreaks,