Bloede Dam To Be Removed After Recent Drowning Death

“The dam is no longer needed for its primary purpose, removing it has been on the table,” said Doug Meyer, Chesapeake Bay Foundation.

A nearly $4 million federal grant may just make that happen, removing the lowermost dam on the river–as well as a deadly lure. In the past 20 years, five people have drowned in the dam. The most recent was earlier this month.

“If you get caught, you can’t get out. There’s just too much water for you to overcome, even if you’re a strong swimmer,” said Natural Resources Police Lt. Joe Offer. 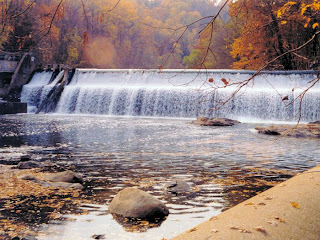 I first reported on this dam back in June last year, when reports that they were considering removing it surfaced.  With a fresh death, the urgency seems to have increased.  Maybe it will happen.  It would be good for the river, too:


No date has yet been set to remove the Bloede Dam, but once it’s gone, it will open up 44 miles of the Patapsco River to spawning fish.