Is It Time to Let Go of the Panda?

Over at Ace's, Ace just completed a troika of post on "outrage-trolling", with Slate a particular object of his ire.

To which Stacy McCain could only bow in obeisance (don't you hate it when you misspell a word so badly even the spell checker has no clue what you're thinking? It can confuse you and make you miss closing a parenthesis).


This next article (found courtesy of Ace's ONT) is outrage trolling for wildlife lovers:

Why I Hate Pandas and You Should Too 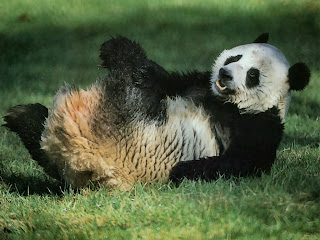 Congratulations on your new panda cub, Washington! You're prolonging the existence of a hopeless and wasteful species the world should've given up on long ago.

I understand the impulse. Some people find them cute. Pandas don't have much of a habitat left in the wild, thanks to heedless human development. And zoos imagine they're doing the right thing, pulling in some extra visitors while helping conservation efforts.

But the first test of a species' worthiness for conservation should be some instinct for self-preservation. And pandas fail objectively. 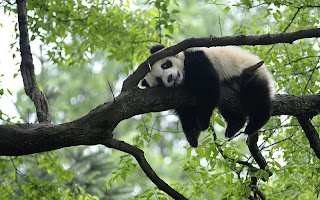 First, their breeding habits don't suggest a species brimming with vitality. Pandas at a research center in Chengdu were so disinclined to mate that workers there subjected the poor things to Viagra and videos of other bears procreating, hoping they'd get the idea. Zoos, including in Washington, more often resort to artificial insemination. In the wild, where birthrates aren't much better, pandas are prone to inbreeding. Females only ovulate for a few days each year, and if a mother does manage to have more than one cub, she abandons the weakling. That's fine; nature's mean. But don't whine when a species with such habits falls into inexorable decline.

Second, although blessed with a bear's predatory teeth, the lethargic beasts eat almost nothing but bamboo -- a plant that's nearly devoid of nutritional value and disappearing in the wild. Pandas consume 40 pounds of it a day, eating constantly, speeding their own demise. 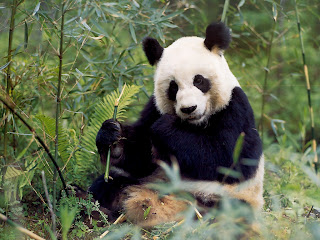 But they'd much rather eat meat, which is used to bait traps for Pandas in the wild.  They're just too incompetent to catch and kill prey on their own.  But they gladly eat carrion.

"Here's a species that of its own accord has gone down an evolutionary cul-de-sac," Chris Packham, a British author and wildlife activist, said in 2009. He argues that "the panda is possibly one of the grossest wastes of conservation money in the last half-century." 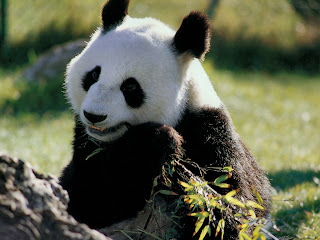 Of course, it's not really our choice; it's the Chinese who will get to decide the fate of the Giant Panda in the wild.  As long as the Panda helps pay the bills while not hurting their slow shuffle to world dominance, they'll keep them going.


This in a country where roughly 160 million people still live in extreme poverty. And all to protect about 1,600 dim herbivores that are debasing the word "bear," which otherwise applies to noble beasts that manage to find plenty to eat in the wild.

Look, Darwinism isn't for crybabies. And conservation requires making tough choices. Pandas had a pretty good run for 3 million years. All that money is better spent on preserving diverse habitats rather than on a single hopeless species.

I wonder how they taste?