Today was my mother's 90th birthday, and after a long, lingering breakfast at the Seacrest, much discussion, and not a little angst, we managed to figure out what various members of the clan were going to do. The young men were going to play paintball, the young women were going rock climbing, and the adult children, their wives, and her husband would accompany her on a sightseeing trip up the coast to see the Elephant Seals at Piedro Blancas Beach, just north of San Simeon. 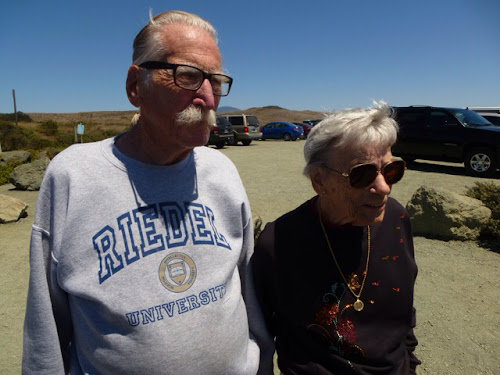 The birthday girl, and Dad. 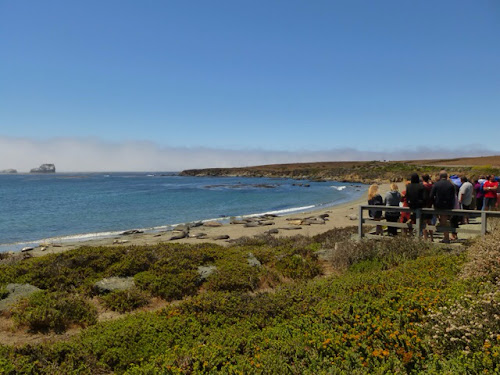 The first sight of the Elephant Seals on the beach. Georgia, my mother and I had been up here before, but we were stunned by the numbers of seals on the beach, and the amount of activity going on. 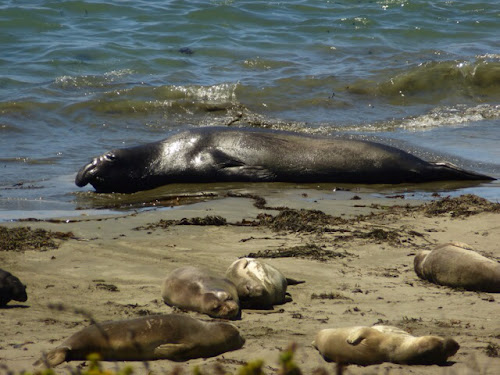 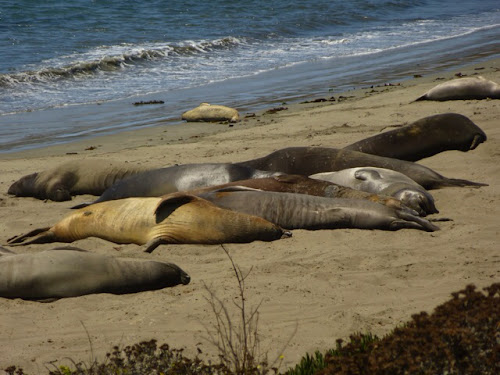 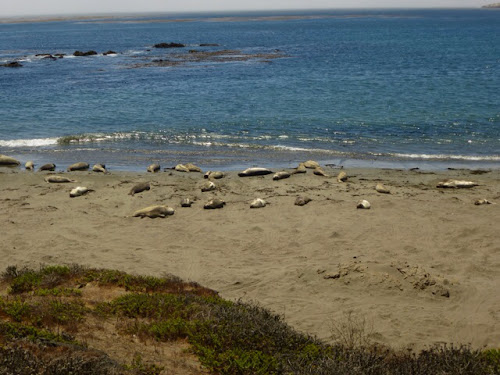 Over at one side there were a group of young bulls, mock (or real?) fighting, about 10 of them. I have some videos, if I can figure out how to YouTube from the IPad. 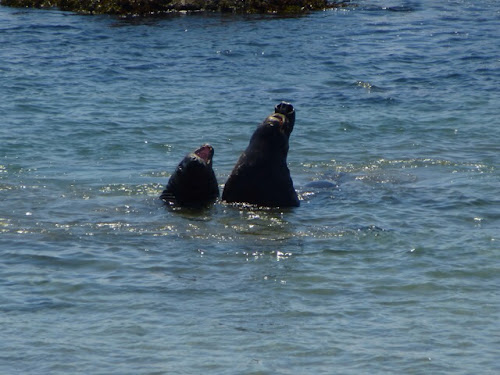 On the way back, we stopped in Cambria, famous for pines, for lunch. 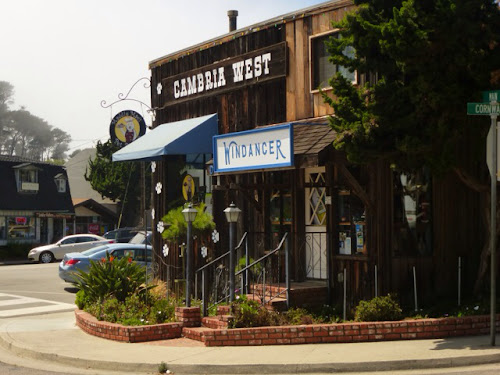 Posted with Blogsy
Posted by Fritz at 8:18 PM

Email ThisBlogThis!Share to TwitterShare to FacebookShare to Pinterest
Labels: Me, whimsy, wildlife