Is This a Great Country, or What?

In exchange for his long awaited exit as Mayor, the city of San Diego will pay Bob Filner's legal fees and his share of damages in a lawsuit according to anonymous sources. An estimate puts that amount around several hundred thousand dollars.

The body count is up to 18, possibly more, women who have alleged Filner groped, licked, squeezed and harassed them. Filner refused to leave office, even as women continued to come forward. Obviously, his resignation was the only bargaining chip he had in his pocket. A lawsuit was filed by Gloria Allred on behalf of her client who was a city employee and Filner's Communication Director; the City and Filner were both named in the lawsuit. There is no word if there will be more lawsuits forthcoming, but the County Sheriff has set up a hotline especially for Filner victims.

At some level, you have to admire the audaciousness of the man.  Eighteen and counting accusations of sexual harassment, and his response is a one week quickie therapy session, and a promise to try not to harass any more.  He should represent some city; I just can't think of which one. New Orleans perhaps?  Maybe his next job should be holding self-confidence seminars.

There's a convenient gallery of Filner's accusers on CNN here, it only goes to #17.  It is pretty hard to keep up, after all.

For the most part he seems to have accepted Benjamin Franklin's advice to a young man to choose an older mistress, because, among other things, they are more grateful. He was generally accepting of race, hair color, and age.

However, number 9, Emily Gilbert the Marilyn Monroe impersonator is rather fetching in a dated sort of way: 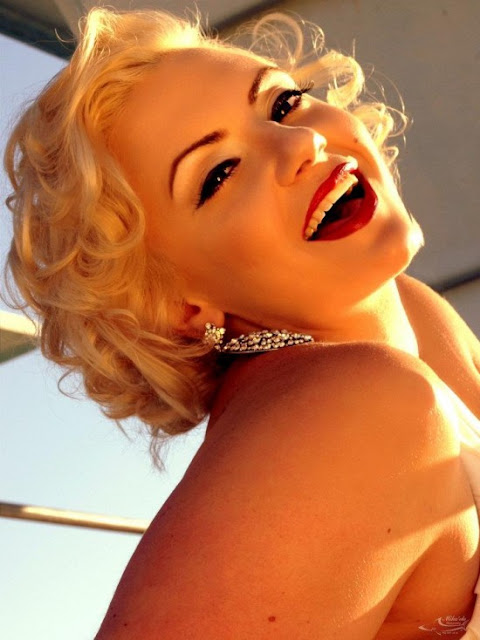