Not only did the Obama family introduce Sunny the puppy to her adoring country, but the White House also came out against breed-specific legislation -- regulations and laws that restrict ownership of dogs by breed, pit bulls being the most common target. 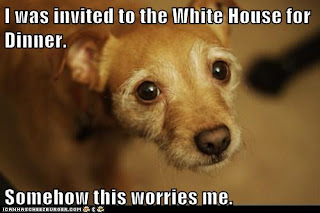 I wish them well with their new puppy, and I hope it brings them as much joy as sky brought us, however unlikely that seems. But it would sure be cool to have an Osprey to take the dog to the beach with...


Groups like the American Bar Association have said for years that these sorts of restrictions do harm -- to families, to dogs, to due process and to the economy -- without actually improving public safety.

Based on a statement that the White House put out about a week ago, it would seem that Obama agrees. "Breed-Specific Legislation Is a Bad Idea" begins the White House's official response to an online petition, signed by more than 30,000 people, asking for laws that target dogs by breed to be outlawed at a federal level.

Obama's statement doesn't speak to federal legislative efforts. But, the White House does adopt the Centers for Disease Control and Prevention's community-based ideas for better methods of improving public safety. 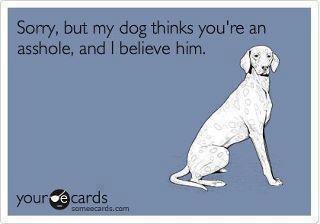 While I agree that breed-specific legislation is a terrible idea, I also don't trust a loose dog on the
beach that looks like it has Pit Bull blood. While the dogs themselves can a often are properly socialized, there is a strain of dog on dog aggression that runs in Pits that needs to be carefully watched for.  And not all owners properly socialize their dogs, and I suspect Pits are less likely to be trained to be dog social.