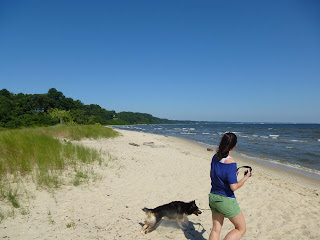 Even though we arrived back in Maryland late Monday/early Tuesday, we never made it to the beach this week, as various tasks kept us on the run.  However, our younger son Alex, and his wife Kelly (and their little dog Hendrix) came to visit this weekend, so we managed to find the time. 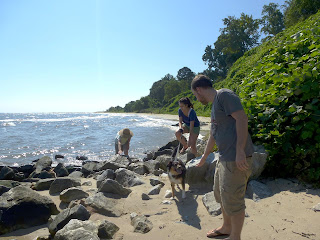 We had hoped to go out on the the Bay, and convince Kelly it wasn't always awful, but the wind didn't cooperate, running 10+ mph from the north, and having good sized white caps.  Maybe a little later. 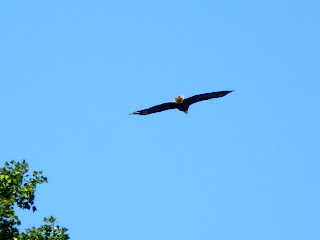 The wind had a long shot at the cliff, and must have had a good "ridge" lift; the eagles and ospreys were out.  We saw one prolonged chase where an eagle tried to bushwhack an osprey into dropping his fish, but failed; once the osprey got above the eagle, it quit and came back to shore. 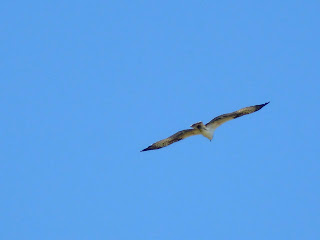 Needless to say, these weren't those birds (or at least not then; there were at least four eagles in the sky at one time, and several osprey).
Posted by Fritz at 4:56 PM