..new evidence has come to light that suggests the former might be more likely. Husband and wife team Royhan and Nahid Gani have been studying the sediments surrounding the place where Ardipithecus ramidus, aka, "Ardi," was found in Ethiopia, and have, as they describe in their paper published in Nature Communications, found that most of the evidence in the area points to a group of people that lived near a very large river. 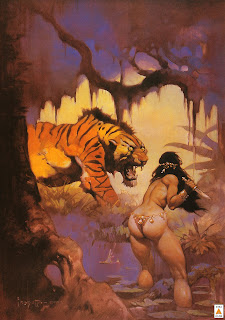 So much BS, so few Cave Girl pictures to use.  Are we supposed to be surprised that early people spent time near a large river?  First of all, people need water.  Second of all, the things people need (plants and animals) need water, too.  So it's a pretty fair bet that fossil humans are likely to be found in conjunction with water.


Ardi is believed to have lived some four and half million years ago in what is now Aramis, a hot and dry part of Ethiopia, but until now, no serious study had been done on the dirt in which the skeletal remains were found. After doing so, the Gani’s discovered that the dirt was actually layers of sandstone that appear most likely to have been the result of an ancient stream overflowing it’s banks periodically, leaving behind layers of sand. Branching out, the team discovered that the sediments indicated that such a stream was actually a river, likely twenty six feet deep and over twelve hundred feet wide. 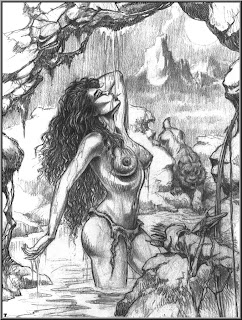 Another important point to consider is the process of fossilization itself.  Carcasses dropped on a woodland are unlikely to be preserved in the long run.  After the scavengers get through scavenging the bones (have you ever seen what a porcupine does to bones, and have you ever seen the size of an African Porcupine?), the remnants are likely to be scattered, and even dissolved by the acids in soils.  River Sediments, which can bury a corpse quickly, and keep the bones together and away from scavengers, and the soil microbes, are much better at preserving fossils.


Next they turned their attention to plant material that had been preserved in the sandstone, measuring their isotopes, and found that the material had come from grassy plants, suggesting a savannah type environment. But once again, widening their area of study, they also found that there were wide changes in the types of plant material in the area. This caused them to surmise that there were patches of forests near the rivers and streams.

Of course, living by the streams in Africa has some disadvantages  as well, like crocodiles... 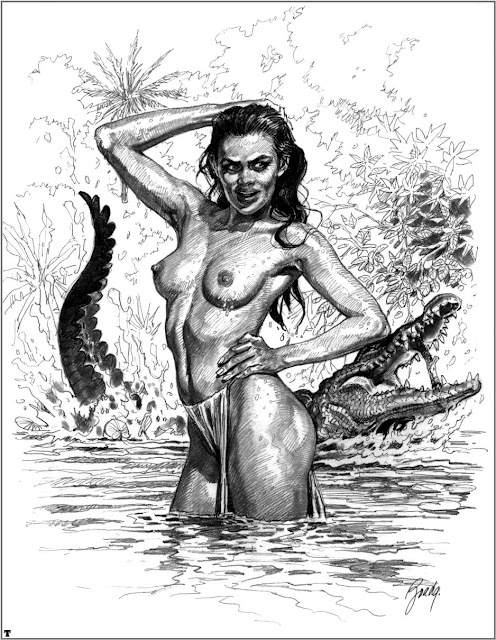 My thanks to the indefatigable Socho-Wombat for including this in this weeks massive Rule 5 post over at The Other McCain.
Posted by Fritz at 6:00 AM