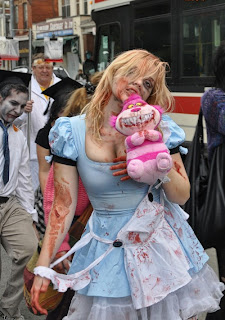 Horrified Lisa Burton, 40 -- whose daughter Zoe was three when she died from epilepsy 15 years ago -- said police visited her to break the news. 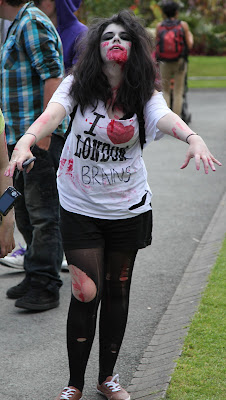 You know who needs brains?  Zombies! So do we think the British Government has some sort of secret program for raising zombies on children's brains?  Probably not, but it may not be the stupidest theory out on the internet. Next week it could be a Ron Paul campaign issue.

I guess when you have socialized medicine, you belong to the government, arms legs and brains.  Once you die, the state is entitled to them for whatever purposes is deems appropriate.


The "missing parts" scandal was exposed by The Sun, which highlighted seven cases amid a nationwide probe.

Permission to keep the organs was not needed at the time they were stored by the hospitals, but the law changed in 2006. A report in March will uncover a figure for the UK. 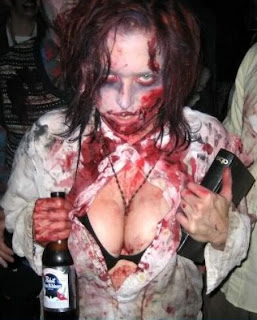 Actually, in Haiti, the real source of the zombie mythos, zombies weren't independent, shambling brain eaters that infected live people with some mysterious disease which caused "zombieism".  Haitian witch doctors, Bocors would allegedly enslave the living by poisoning them with a special mix, and then keep them as compliant, if somewhat intellectually limited, servants.


The Haitian explanation for how zombies are created involves the distinction between different elements of the human being – including the body, the gwobon anj (the animating principle) and the ti-bon anj, which represents something akin to agency, awareness, and memory.

In line with these beliefs is the fact that awareness and agency can be split off from the human being – and can be captured and stored in a bottle by a bòkò, a type of magician and spirit worker who can be paid to send curses or help individuals achieve their aims.

This purportedly leaves a passive easily-controlled animated body – the zombie – believed to be created to provide free labour on plantations.

I doubt if having plantation workers require a diet of human brains is a viable business plan. It might work for a Starbucks, though.

And many thanks to the indefatigable Socho-Wombat for including this in this weeks massive Rule 5 post over at The Other McCain.
Posted by Fritz at 6:00 AM