JH Kunstler thinks we're living in The Last Days of “Joe Biden” "I think we have witnessed “Joe Biden’s” final appearance at any world-stage event. He can do no more for the Party of Chaos." At Haut Hair, AllahPundit hopes Would it help Democrats if Biden announced his retirement before the midterms? "What if Sleepy Joe offered voters a bargain in which he promises not to run again *if* they give him two more years of Democratic majorities in the House and Senate? “Retire Joe Biden: Vote Democratic in 2022!”" Mike Miller at Red State explains how The Lincoln Project Swings at Trump and Accidentally Coldcocks Biden "One simple tweet asked the only question necessary — in just six words:" I&I, Is The Joe Biden Crime Family Finally Breaking Apart? Jonathon Turley on Da Hill wonders Is the clock finally running out on Hunter Biden? and has the perfect WuFlu announcement, via KT at Haut Hair: Jonathan Turley@JonathanTurley, "...So far I have flu-like symptoms. I am displaying the common strong cough, headache, sore throat and an overriding desire for a special counsel in the Hunter Biden investigation."

At Fox, Ted Cruz says Trump announcing 2024 run would 'significantly' clear GOP field. Politico, Trump and DeSantis fight for the heart of the GOP in Florida.Sundance at CTH adds The Great MAGA King Donald J Trump Dominates TPUSA Poll For 2024 With 79%, DeSantis 19% and Donald Trump and Elon Musk Have Something in Common. Opposition from the Deep State. Herr Professor Jacobsen at LI Trump World Plan To Gut The Federal Bureaucracy Of Leftists, Revealed In Axios Report. Not a bad idea, but very difficult in practice. Chris Barron at HE, Trump 2024: Crush the Establishment. JB Shurk at Am Think thinks The Globalist Effort to 'Get Trump' Is Backfiring...Bigly!. But the NYT's pet conservative (cited at Haut Hair), Ross Douhat thinks Why Trump Is Weakening. At Da Wire, DeSantis Urges Florida GOP To Be Ready For Battle: ‘I’ve Only Begun To Fight.’

SLAY notices Liz Cheney Disappears from Campaign Trail as Crushing Primary Defeat Looms, but on Da Hill, Cheney reiterates she hasn’t decided on running for president in 2024. At Da Caller, Mark Kelly Raked In Cash From Corporate-Backed PACs Despite Pledging To Refuse ‘Corporate PAC Money’ Hypocrisy from a politician? Naw! From the Wa Free Bee, This Wisconsin Dem Wants To Distance Himself From ‘Defund the Police.’ Two of His Biggest Donors Bankrolled Campaign To Remove Law Enforcement From Schools. Also, ‘Your Problem Now’: Illinois Gov J.B. Pritzker Celebrates GOP Billionaires Fleeing His State for Florida, "Illinois set to lose hundreds of millions of dollars in tax revenue."

Well, first, the Democrats of both parties are interested only in convincing people not to vote for Trump again.  They’re not so much interested in improving security at the Capitol or improving communications or lines of cooperation among security agencies involved.

At NewsMax, Trump says 'Persecution' Would Stop If I Said I Weren't Running in 2024. I don't think that's necessarily true; he's a bad habit they can't quit. From Breitbart, Cheney: Trump ‘Engaged in the Most Serious Misconduct’ of Any President in History, but she can't really explain how. At Bloomberg, Fake Electors May Provide Easiest Path for DOJ to Charge Trump. John Cassidy at the New Yorker, cited by Haut Hair wonders How much damage are the Jan. 6 hearings doing to Trump?

At ET, Bannon Calls for Republicans to Launch Jan. 6 Investigation After Midterm Elections. Oh, I'm sure they will. Dave Zuckerman at Am Think wonders Was Bannon found guilty because jury and judge feared a mob reaction if he were acquitted? I doubt it; they don't need to worry about a DC jury not finding Bannon guilty. But, the trial was pretty hinky. From Mediaite, Tulsi Gabbard Lashes Out at ‘Politicized’ DOJ After Steve Bannon Found Guilty: DOJ ‘Weaponized by Those in Power’

Michael Walsh at Da Pipeline explore political violence on the left in 'By Any Means Necessary.' At PM, Left-wing protesters clash with conservatives outside TPUSA's Student Action Summit in Tampa. a Breitbart report on the Summer of Rage, Part I: Militant Pro-Abortion Radicals Flourish in Madison, Wisconsin; Violence ‘Meme’d’ on Twitter. Vicky Taft at PJ Media points out how Organizers of Portland's Antifa Summer Camp for Kids Go Quiet After Media Outlets Shine a Light on Them.

Capt. Ed, at Haut Hair VIP, White House: Let us define "recession" ahead of Q2 report, thankyewveramuch. PM, White House redefines 'recession' ahead of potentially negative GDP report. "While some maintain that two consecutive quarters of falling real GDP constitute a recession, that is neither the official definition nor the way economists evaluate the state of the business cycle." Sundance, When is a Recession not a Recession? When The Financial Media Need to Protect Joe Biden. Anxious anxiously calls it A weird economy may give way to recession — or not. The Red Queen Janet Yellen, U.S. Economy Is Not in a Recession 'When I use a word,' Humpty Dumpty said in rather a scornful tone, 'it means just what I choose it to mean — neither more nor less.'' Sundance again, Sunday Talks, Treasury Secretary Yellen Declares Lower Economic Activity and Higher Energy Prices are Good During Our Transition to Windmills. At Am Spec, Bruce Bawer wants to acquaint you with The Economist Plotting the Brave New World Order, "NYT darling Herman Daly has plans for you." 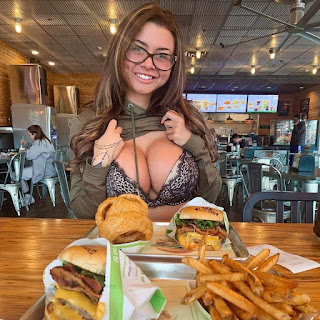 The Peacock admits Rising food prices mean smaller burgers and pizzas at restaurants, "Prices for meals away from home have increased for nine consecutive months." At the Wa Free Bacon, Swine and Sleaze: Democrat Conspired To Hike Pork Prices, Lawsuits Say, "Minnesota's Jeff Ettinger now says he 'know[s] how to fight inflation' as his former company made food 'affordable'" Tom Finnarty at Da Pipeline wonders Is Sri Lanka's Disaster Headed Our Way?. I hope not, but our elite is pursuing a path that heads that direction.

David Harsanyi at Front Page, Biden Has No Right To Declare a National Climate Emergency, "We ARE facing an emergency, but it's not the climate." At Da Pipeline, Steven Hayward is Piercing the Electric Car Fantasy. Jordan Boyd at Da Fed says Trump Was Right About Europe’s Dangerous Dependence On Russian Energy, but then, who didn't see that coming?

Chris Rufo expounds on Sexual Liberation in Public Schools, "Los Angeles Unified School District adopts radical “trans-affirming” programming and instructs teachers to work toward “the breakdown of the gender binary.” Megan Fox at PJ Media celebrates 'Gays Against Groomers' Organizing to Join Parents in the Fight Against Sexual Grooming in Schools. At Am Think, James Stansbury challenges us to think about Revolution and the Minds of Children.From HE, a Survey: Student Behavior Among Major Reasons Teachers Are Leaving Their Jobs. At Behind The Black, A large majority of today’s college students think blacklisting is a good thing. Kids these days . . .

Victor Davis Hanson on How To Erode the World’s Greatest Military, "Alienating half the country is not a wise strategy of military recruitment." They consider it a feature, not a bug.

The Wombat has Late Night With Rule 5 Sunday: Olga Alberti and FMJRA 2.0: Velvet Voyage out on time.