Bannon, of course, will appeal.

Equal justice doesn't exist in DC. Democrats who commit actual crimes get let off scot free by DC juries while Steve Bannon gets convicted for a bs contempt charge from an illegitimate congressional committee.

It will be amusing to watch the response of Democrats when vast hordes of Biden admin officials are subpoenaed to testify before the new Republican House's committees. Seriously, though, this country has a real problem if all the trials with political implications continue to be carried out in DC and NoVa with 95+% Democrat majorities and are always decided on the basis of partisan politics. The justice system only works if people believe it's fair. 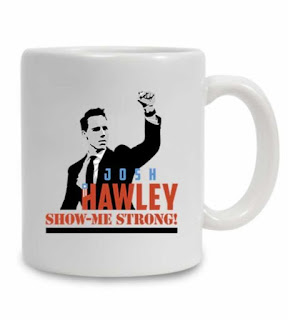 Ace, January 6th Committee Smears Another Republican They Don't Like With a Lie; Fox News' Brett Baier "Likes" The Lie on Twitter. "Breaking/Related: Steve Bannon has been found guilty by a DC court-- by the same jury pool that let Hillary Clinton's lawyer off, the jury forewoman deciding that lying to the FBI wasn't really a crime -- for ignoring two congressional subpoenas. Two counts of contempt of Congress which, you know: find me guilty right now, bitches." Sister Toldja at Red State, Josh Hawley Trolls Critics as Only He Can After 'Bombshell' Jogging Video Released. You won't ever see Jerrold Nadler jog. Brad Slager at Red State, Politico Makes Petty Move, Barring Josh Hawley From Using His Own Image. From the Wombat's In The Mailbox: 07.22.22, Twitchy, THIS –> BRUTAL thread breaks out the puppets and crayons to explain to #NeverTrump and Lefties why most Americans DGAF about Jan 6. KT at Haut Hair, Melania Trump says she was not aware of the Capitol riot. Stephanie Grisham calls "bulls**t". Why should we care? At 1945, Will The Jan. 6 Committee Repeat The Democrats’ Russia Mistake? Absolutely.
Ace, New York Republican Gubernatorial Candidate Lee Zeldin's Knife-Wielding Attacker Immediately Released With No Bail, "Of course. The Regime gives a green light to the crimes it supports." From the Wombat's In The Mailbox: 07.22.22, EBL: GOP Candidate For NY Governor Lee Zeldin Attacked, Attacker Released Almost Immediately and Twitchy, Kamala Calls For More Violence Just One Day After Attempted Assassination Of Lee Zeldin. Insty, GOODER AND HARDER, NEW YORK:
Man Accused of Attack on GOP Rep. Zeldin Immediately Released after Being Charged with Felony

“The attacker walked free shortly after Zeldin predicted he would ‘likely be instantly released.’ ‘His words as he tried to stab me a few hours ago were ‘you’re done’, but several attendees, including @EspositoforNY, quickly jumped into action & tackled the guy,’ Zeldin wrote in a tweet. ‘Law enforcement was on the scene within minutes. The attacker will likely be instantly released under NY’s laws.’”

UPDATE: “The State of New York immediately releasing [Zeldin’s] attacker with no-cash bail is the best argument for electing Lee Zeldin that Lee Zeldin could have made,” Larry O’Connor tweets.

Cockburn at Spec World wonders Does Biden have Covid, cancer, and dementia? "The president’s health has become an issue" WaPoo, No, Afghanistan wasn’t Biden’s polling Waterloo. It's been a long, slow well deserved decline. At Da Blaze, Van Jones makes revealing admission about black Americans under Biden: 'The pain is more intense' "The rising gas prices, food prices — it has really walloped the black community in a particular way," Jones explained."

How about some DIY on the economy? I let it sit a couple of days and it ballooned: