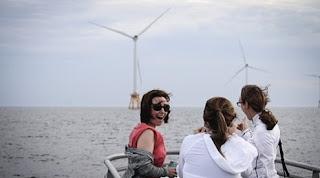 With a major push underway by President Joe Biden’s administration to develop 30 gigawatts of offshore wind as a way to reduce U.S. reliance on fossil fuels, federal officials are looking to dramatically expand the areas where wind farms can be built in U.S. waters.

Virginia is an epicenter of interest: Of 4 million acres of ocean identified as potential wind energy areas in a new Central Atlantic call area, most lie off the Virginia coast.

For the commonwealth’s fishing industries, already wary of what their business will look like once Dominion Energy’s 176-turbine Coastal Virginia Offshore Wind project is constructed, the prospect of a much more expansive buildout of wind power throughout the rich fishing grounds off Virginia is sparking fears that the new industry will drive out the old.

“We know that when these lease areas are built out, it is going to be displacing fishermen, who are then going to be working smaller and smaller areas with more and more boats, which is going to lead to localized depletion,” said Tom Dameron, government relations and fisheries science liaison for Surfside Foods, a New Jersey-based commercial clam fishing company that last year landed roughly 10 percent of the East Coast’s entire surf clam harvest in Cape Charles.

For Virginia, which has made major commitments to decarbonizing its electric grid by 2050 and sees offshore wind as a major engine for economic growth in Hampton Roads, the challenge will be how to build out wind while also preserving its valuable fisheries.

Remember, what area you give away initially will only be the beginning. Once the turbines are in place, something will inevitably happen, an accident, sabotage or terrorism, and they will seek to keep you further away.

And there are worries (probably mostly baseless) about the effect of the undersea power cables on fish: Fishing impact of wind farm cables still unknown

Since my article last Friday, I have been contacted by folks from US Wind and Ørsted with information on how the cables will come ashore at Three R’s Road and travel under Indian River Bay to Millsboro, how deep they will be buried and how little they will affect the fish. Unfortunately, all studies to date are in deep water. To the best of their knowledge, no studies have been done on what effects the electromagnetic fields will have on fish in shallow water.

In deep water, as you might expect, there were increased populations of black sea bass and cod around the windmill bases off Block Island. Those bases act as hard structure just like the pilings at the Chesapeake Bay Bridge-Tunnel or the various materials on the bottom at Delaware’s reef sites. All other fish seemed to be little affected by the structure. As mentioned last week, the University of Rhode Island is doing more studies on rays, sharks and lobster, funded by US Wind. There have been some observations of flounder that at first seemed confused around the cables, then moved on over them. 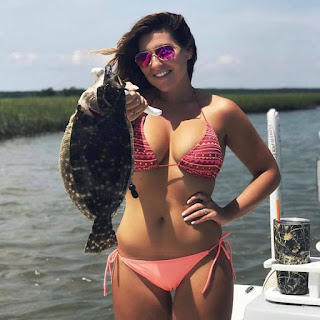 We wouldn't want our flounder confused; there are too few of them as it is.

The cables that will travel under Indian River Bay will be buried to a depth of 6 feet. At that depth, according to data from the Bureau of Ocean Energy Management, the electromagnetic field is very weak.

There have also been studies that show electro-magneto-sensitive fish only pick up frequencies between the earth’s magnetic field (0Hz) and EMFs emitted by other marine animals (0-10 Hz). The frequency of the offshore wind cables is 60 Hz, which lab testing has shown to be outside the marine animals’ range of sensitivity.