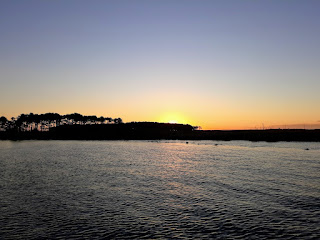 An early start this morning to get us to "Mike's Rocks" on Hoopers Island at sunrise. Fish were biting here, and in fact, we caught most of our limit of stripers on top water plugs here. 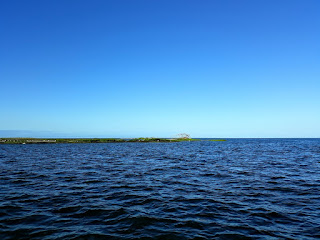 We stopped at several familiar sites on our trip. Here, a ruined radio tower on Adams Island, a former Navy site, and currently the home of many Brown Pelicans. 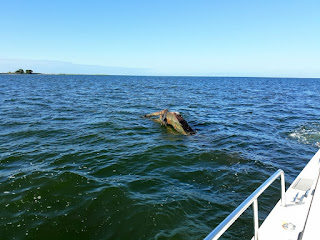 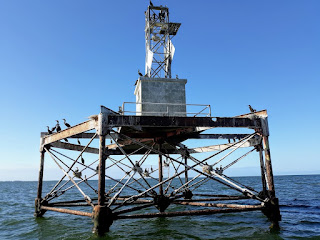 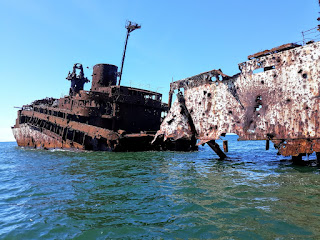 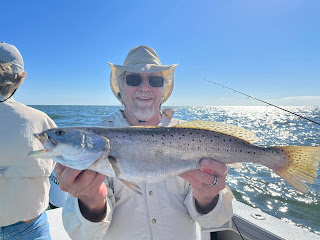 My prize for the day was this 22 inch Speckled Trout I jigged up on the Middle Ground.