Peacock Bass, that is.

Peacock bass is a group of closely related species of tropical, freshwater fish of the genus Cichla.

There are 15 known species of peacock bass, others will surely be described (but see the results based on DNA data). Their common names vary greatly depending on the country, region, stage of development and local anglers. Below is a complete list of the taxonomic, binomial names for these cichlids, along with available English common names.

Extensive molecular data has cast doubt on these designations, however. Aside from limited hybridization among many species, in both natural and human-altered environments, several species do not show sufficient differentiation to imply reproductive isolation and/or a history of independent evolution. Among the species implicated as probable "good" species were Cichla intermedia, C. orinocensis, C. temensis, C. melaniae, C. mirianae, and C. piquiti. The other species were suggested to be part of two widespread meta-species or species complexes, called Cichla pinima sensu lato (including C. jariina, C. thyrorus, and C. vazzoleri) and C. ocellaris sensu lato (including C. monoculus, C. nigromaculata, C. pleiozona, and C. kelberi).

Sport fishermen have made these cichlids prized game fish for their fighting qualities, so much so that many travel agencies now arrange fishing trips to Brazil and Florida specifically to catch peacock bass.

Renowned American peacock bass fisherman and fishing author, Larry Larsen, refers to them as "freshwater bullies" due to their ferocious nature when hunting and their tendency to damage and sometimes destroy fishing gear when striking.

Peacock bass have been identified as invasive species and cause of ecological imbalances in some of their introduced areas. 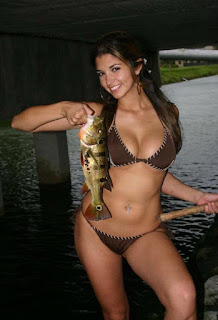 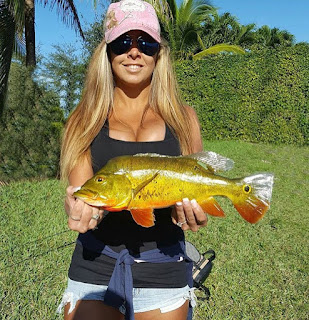 Because of their tropical origins, peacock bass cannot tolerate low water temperatures. This has prevented them from becoming abundant in Florida outside of Palm Beach, Broward, and Miami-Dade counties.

As a high school student, I sold them in the aquarium store I worked at in Los Angeles in the mid-late 60s, so technically speaking I have caught them. My time in Florida barely overlapped the period of their introduction, and I didn't have the pleasure.

Linked at Pirate's Cove in the weekly "Sorta Blogless Sunday Pinup" and linkfest. Wombat-socho was on time and with budget with "Rule 5 Sunday: Autumn Girls". 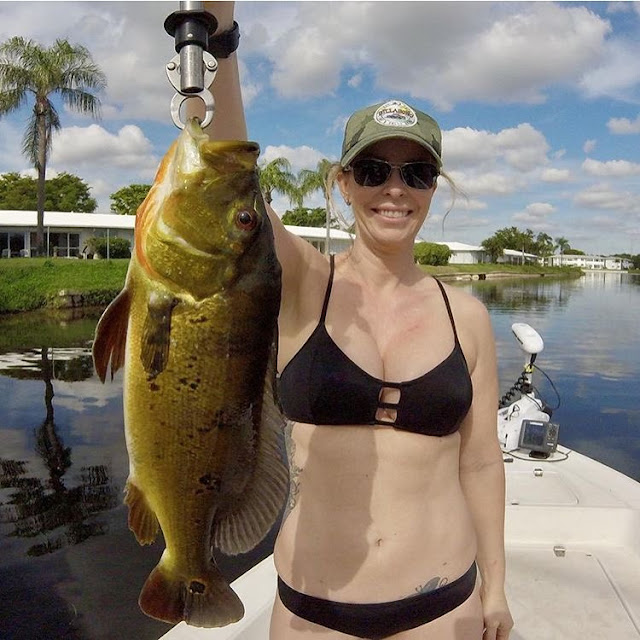 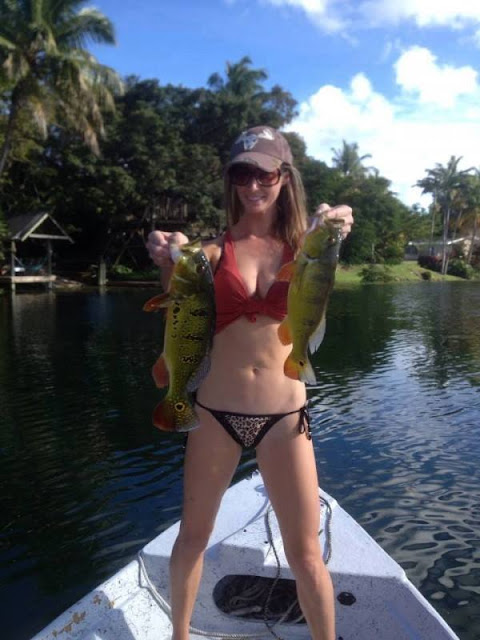 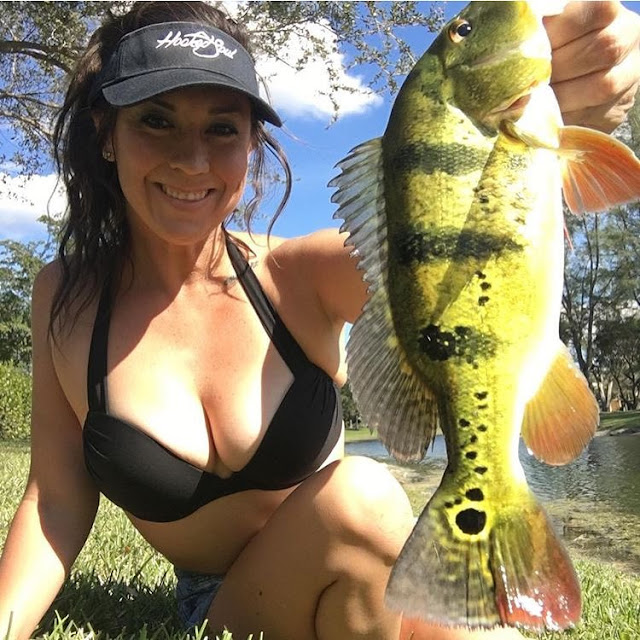 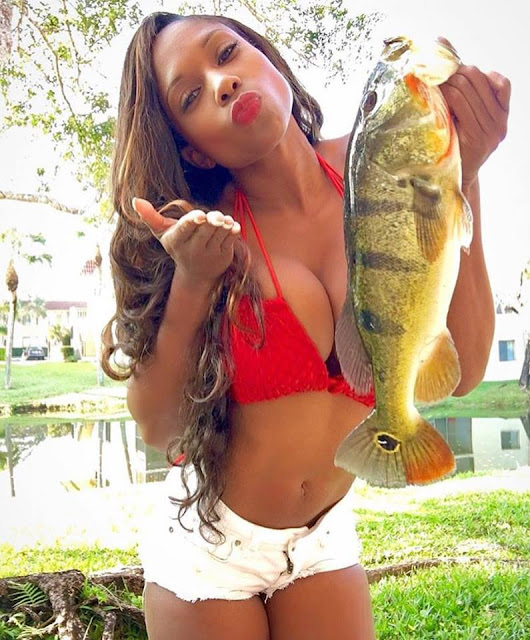 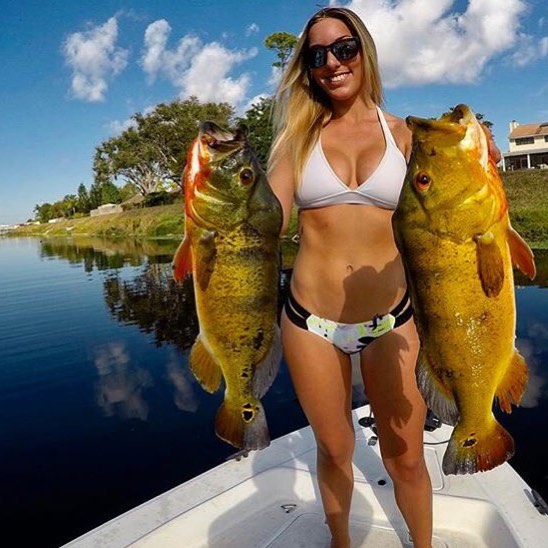 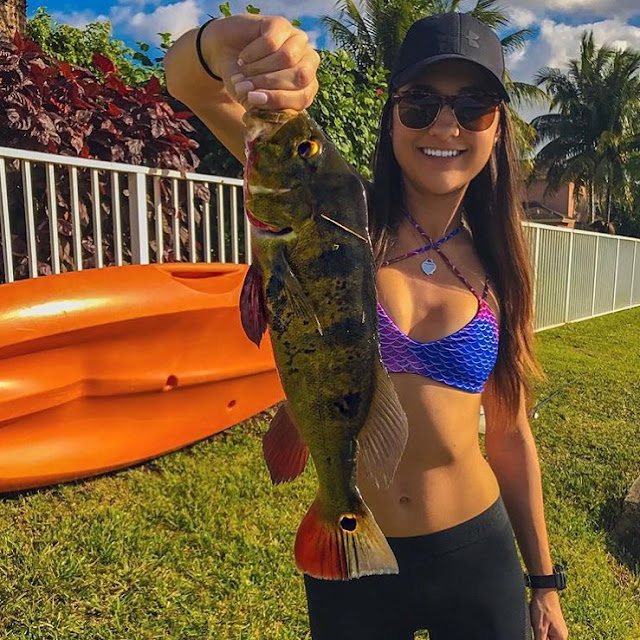 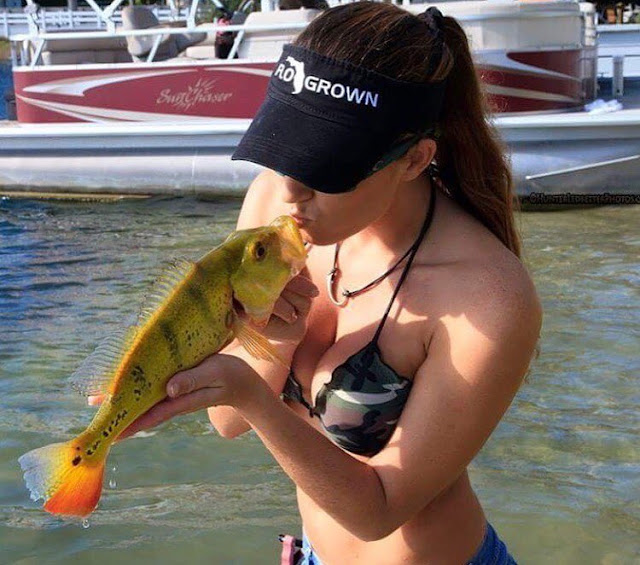 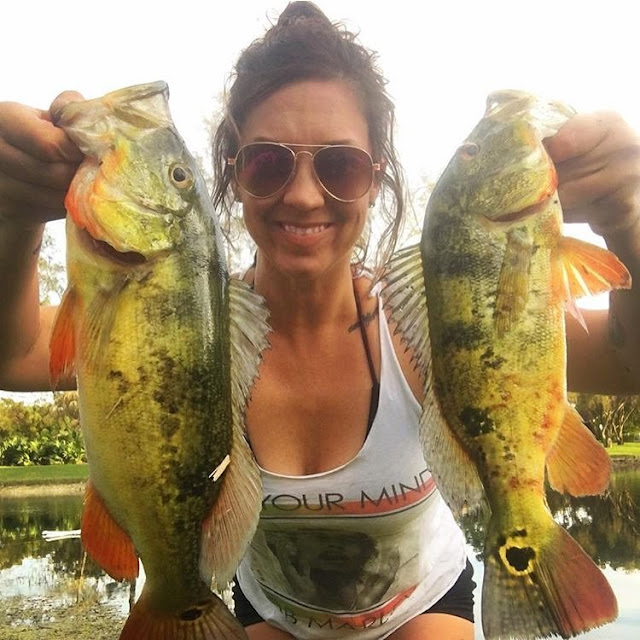 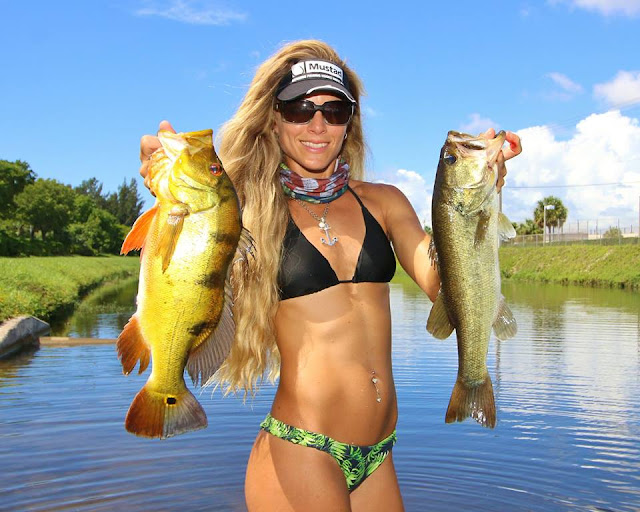 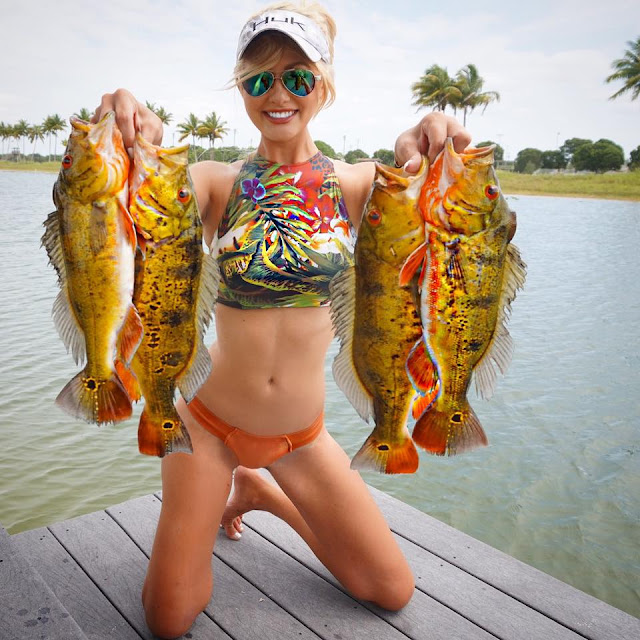 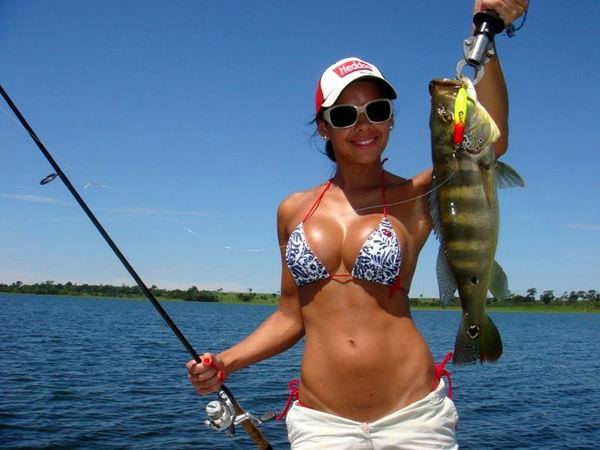