Reason #5736 That Trump Was Elected 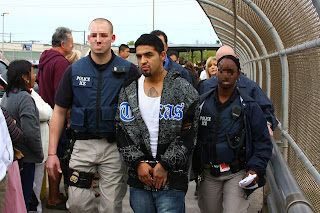 Deportations of Illegal Immigrants Living in the U.S. Increasing: Enforcement experts say media claim that fewer people have been removed under Trump is misleading

The Washington Post reported last week that the number of illegal immigrants being deported has gone down this year — a shocking claim, considering that President Donald Trump’s signature issue during the campaign was illegal immigration, and that he’d insisted that the 11 million people living and working illegally in the U.S. wouldn’t be allowed to stay. 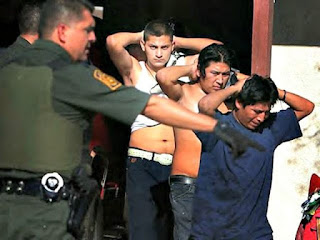 But many "deportations" under Obama were people who were arrested at or near the border. In fact, the Los Angeles Times reported that almost two-thirds of all deportations in 2013 were people who'd been arrested near the border, and that under Obama, the chance that an illegal immigrant who'd settled in the U.S. would be deported was almost nonexistent. All that's changed. 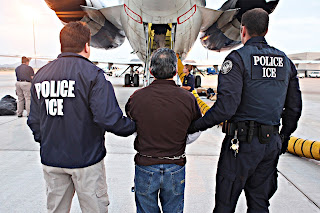 "ICE has rededicated itself to its core mission," says Andrew Arthur, a former immigration judge for New York and New Jersey and now a fellow with the Center for Immigration Studies. The agency, he told LifeZette, is actually deporting more people who are living in the U.S.

The evidence is in the numbers. There is a 31 percent increase in orders of removal (judges' orders that someone be deported), and ICE arrests are up 43 percent. 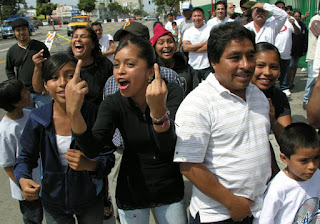 And this is just a start.

"They're ramping up their efforts after years of neglect," says Arthur.

The Trump administration had requested, in its budget for fiscal year 2018, funding for an additional 850 ICE agents. The House of Representatives has passed an appropriations bill giving ICE an almost 10 percent budget increase, including funding for 1,000 additional ICE agents and 606 support staff. The bill also includes funding for more detention centers.

The Obama administration inflated it's deportation numbers by counting "catch and release" illegals at the border. Now with illegal immigration declining due to the "Trump Effect", liberals have been quick to distort the difference to claim that somehow Trump has been weaker on immigration than he promised.

Linked at Pirate's Cove in the weekly "Sorta Blogless Sunday Pinup" and linkfest.
Posted by Fritz at 8:49 AM