Reason #5606 That Trump Was Elected 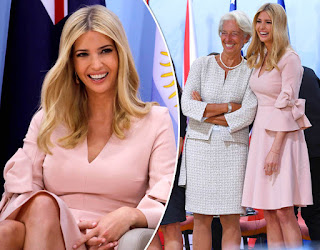 Just to piss off feminists: Feminist Denounces Ivanka Trump as a Symbol of ‘Patriarchal’ Authority


No matter how “empowered” a woman may be, she will never be accepted by feminists if she is a Republican:


MSNBC contributor Joan Walsh appeared on MSNBC Live on Sunday and attacked Ivanka Trump for not only briefly sitting in for her father at a G20 summit meeting, but for wearing a “girlie” dress while doing so.
The author of the book, “What’s the Matter with White People?”, believes that Ivanka’s “ornamental” dress was symbolic of “patriarchal, authoritarian societies” where daughters are “property.” . . .
“Right. With big bows on her sleeve. I mean, I don’t mean to sound sexist — it can be dangerous to comment on what women wear — but the fact that she sat in for her father in a dress that was so incredibly ornamental was such a contradiction in terms”, Walsh said. “And I think that what we see is that in patriarchal, authoritarian societies, daughters have great value — they are property. And the message that she is sending about her own value, about her place in the White House, and about the place of women in this administration, I think, are really frightening.” . . .
“That’s not a dress that’s made for work. That’s not a dress that’s made to go out in the world and make a difference. That is a dress that is designed to show off your girlieness, and, you know, God bless her, show it off, but don’t then tell us that you’re crusading for an equal place for women at the table because you’re not.”

Unless you hate Republicans, feminists don’t want you in their club.

It's not her best look (see below), but it's not mine to choose. But you have to be crazy with Trump derangement syndrome to go from a frilly dress to “the message that she is sending about her own value, about her place in the White House, and about the place of women in this administration, I think, are really frightening.” 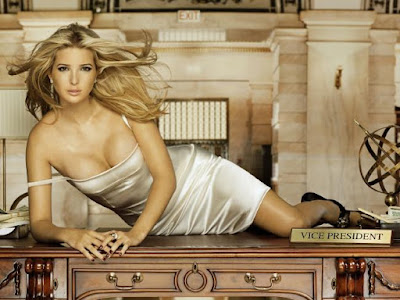 Wombat-socho checks in from The Other McCain with "Rule 5 Sunday: Fast Cars & Fast Women" and "FMJRA 2.0: Modern Love."
Posted by Fritz at 6:22 AM