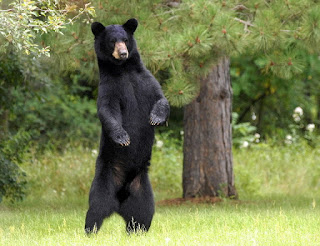 Sometimes the bear beats you. Professional runner beats pair of bears in race of his life. But to be fair to the bears, he had a head start, and they still nearly caught him.


A professional runner from Kenya who was out training on a nature trail in the woods near his home in Maine says he encountered two charging black bears but was able to outrun them during a frantic sprint to a nearby vacant house for cover.

Moninda Marube said when he saw the bears early Wednesday his instincts kicked in and he did what he does best: run. 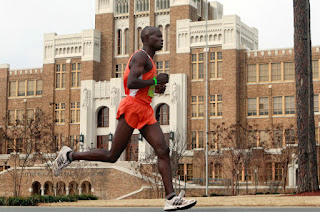 He told the Sun Journal that the bears were 20 yards away from him and a vacant house was 20 yards away in the opposite direction. So he made a run for the house, with the bears closing to within 10 yards by the time he found safety on the house’s screened porch.

The bears stopped, not realizing they could’ve easily crashed through the flimsy porch screens, Marube said. They sniffed around for a while before wandering away.

They probably realized he'd be stringy.
Posted by Fritz at 8:58 PM