Two Days in Murphy's Above and Below Ground 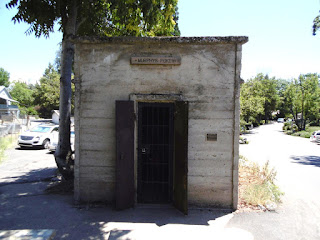 Georgia's sister Mary and her husband John, who we went to Italy with, drove down from thier house in Mad River yesterday morning, and arrived around lunch. We ran into town for lunch, and found the Murphys Pokey. 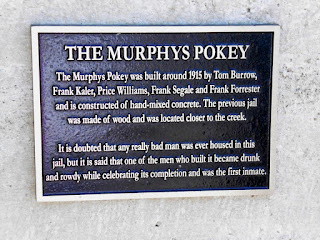 We found lunch at one of Murphys cheaper establishments, Firewood, which proved perfectly adequate. 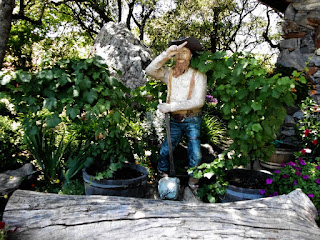 From there, we headed to Kautz Ironstone Vineyard and Winery, to look at the famous 44 lb crystalline gold nugget on display there. 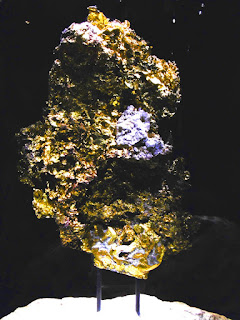 A magnificent specimen, well worth the short drive. However we passed up the tasting room and headed back to Murphys to Hatcher's tasting room, where John and I enjoyed a protracted tasting under the tutelage of Sewell Hatcher. 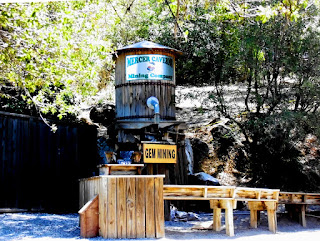 This afternoon, with the temperature reaching 100 F in the shade, we had another lunch at Firewood, and over John's slight misgivings, headed up Sheep Ranch Road to Mercer Caverns, to enjoy a tour of the cavern in the cool and dark. 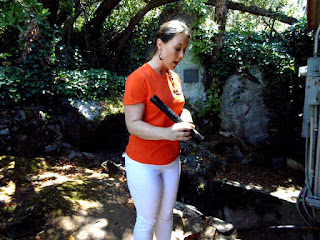 Our intrepid tour leader warning us of the 440 steps 16 stories underground, beside the entrance to the cave system. 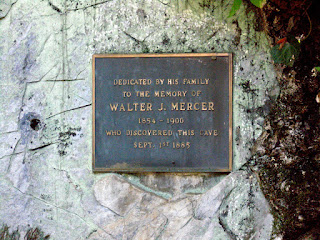 The caverns were discovered by a gold prospector back during the gold rush era, and even then was quickly developed into a tourist site, with Mercer charging a pinch of gold for a 5 hour candlelit tour by ropes and ladders. His career was ended by a 300 ft fall, which he survived, but never recovered from. 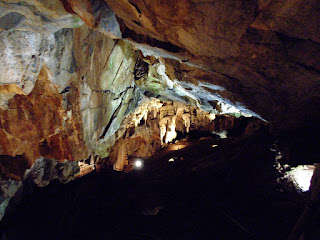 The first and biggest chamber. Opened up by an enormous rock fall, the cavern has been molded by flowing water, and flowstone deposits for millions of years. 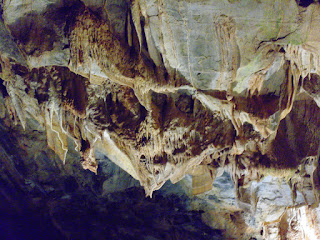 Compared to other caverns I have visited, Mercer was a more intimate experience, with many tight passages requiring stooping, or limbo-ing down steep steps. There were only about 10 people in the group, so it was also fairly intimate from that aspect as well. 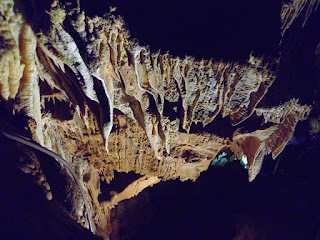 The stone formations weren't, for the most part as big or as well developed as say, Luray Caverns, or the Oregon Caves, but there were a rather nice variety, and as I said, they were very close at hand (but no touch!).

Did I mention it was a nice cool 55 F in the caves? 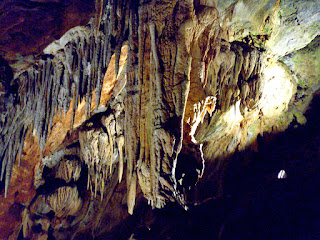 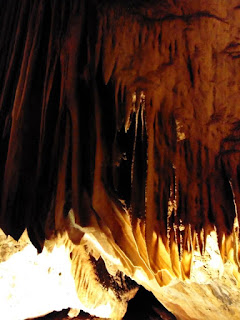 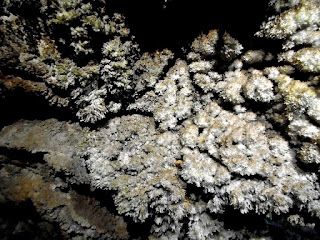