But Will He Rise to Walk Again? - RIP George Romero 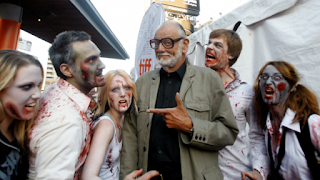 
George A Romero, director of horror classic Night of the Living Dead, has died. He was 77.

In a statement to the Los Angeles Times, Romero’s producing partner Peter Grunwald said the director died in his sleep after a “brief but aggressive battle with lung cancer”. 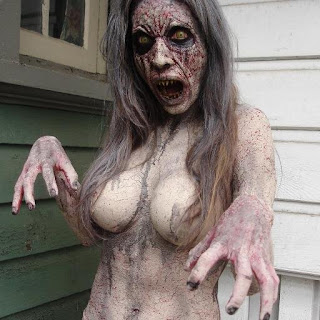 Romero was born in the Bronx, in New York City, on 4 February 1940, to a Cuban father and a Lithuanian-American mother. He began his filmmaking career as a commercial director before finding his niche in horror. Indelibly associated with the zombie movie, he came to be seen as a master of the entire genre.

The label did not weigh heavy. In an interview with the AV Club in 2008, Romero said: “Everybody asks Stephen King how he feels about Hollywood ruining his books, and the first thing he says is, ‘The books aren’t ruined. Here they are, on the shelf behind me.’ And I sorta feel the same way. My stuff is my stuff. Sometimes it’s not as successful as some of the other stuff. But it’s my stuff.”

In a 2014 interview with NPR, Romero said he “never expected” his career to be defined by zombies. “All I did was I took them out of ‘exotica’ and I made them the neighbors,” he said, pointing to the success of his uncanny and chilling films that used terrifying effects, makeup and cuts to satirise consumerism, racism and other social horrors. “I thought there’s nothing scarier than the neighbors!”

As far as I know, and I have to admit I haven't studied it deeply, Romero was the person who really made zombism a communicable disease resulting in an uncontrollable urge to eat brains. In the old Haitian mythology, zombies were supposed to be dead reanimated by Voodoo priests called bokors, and may in a few cases, been the living, drugged into slavery.

Wombat-socho checks in a little late with "Early Morning Rule 5 Monday."
Posted by Fritz at 8:08 PM