The Russian lawyer who penetrated Donald Trump’s inner circle was initially cleared into the United States by the Justice Department under “extraordinary circumstances” before she embarked on a lobbying campaign last year that ensnared the president’s eldest son, members of Congress, journalists and State Department officials, according to court and Justice Department documents and interviews. 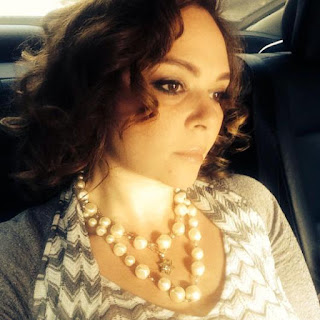 This revelation means it was the Obama Justice Department that enabled the newest and most intriguing figure in the Russia-Trump investigation to enter the country without a visa.

Later, a series of events between an intermediary for the attorney and the Trump campaign ultimately led to the controversy surrounding the president's eldest son. 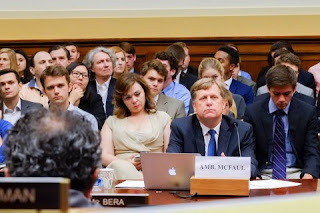 Just five days after meeting in June 2016 at Trump Tower with Donald Trump Jr., presidential son-in-law Jared Kushner and then Trump campaign chairman Paul Manafort, Moscow attorney Natalia Veselnitskaya showed up in Washington in the front row of a House Foreign Affairs Committee hearing on Russia policy, video footage of the hearing shows.She also engaged in a pro-Russia lobbying campaign and attended an event at the Newseum in Washington, D.C. where Russian supporters showed a movie that challenged the underpinnings of the U.S. human rights law known as the Magnitysky Act, which Russian leader Vladimir Putin has reviled and tried to reverse. 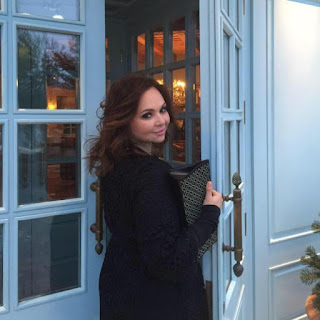 If she is, as Democrats now allege, an agent of the Russian government, then the Obama administration went out of its way to have her admitted to the US. This affair is starting to smell like a set up coordinated by the Obama administration as an excuse to have the Trump campaign subjected to NSA surveillance and honey-trapped into a compromising appearance.

Did the NSA use emails between Rob Goldstone (Natalia's British go-between with the Trumps) and Don Jr. as an excuse for FISA warrants and then the unmasking of Don Jr and Michael Flynn? 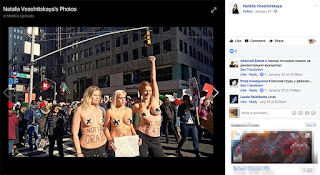 Curiously, there is evidence that Miss Veselnitskaya attended anti-Trump demonstrations. So suddenly, she's trying to do the Trumps a favor? We have a right to be skeptical.

Wombat-socho checks in from The Other McCain with "Rule 5 Sunday: Fast Cars & Fast Women."
Posted by Fritz at 10:02 AM