Is paved with good intentions, or maybe the bodies of dead minks: Misguided Attempt to Free Thousands of Minks Goes Horribly Wrong

Between 30,000 and 40,000 farm-raised minks were released into the wild near Eden Valley, Minnesota, earlier this week when burglars—presumably animal rights activists—cut the fence to a mink-pelt farm and opened the cages holding the mammals, letting them run into the wild.

Minks are strange little creatures somewhere between otters and ferrets, and when they run, their front halves and back halves teeter independently like two people pretending to be one horse. While the idea of tens of thousands of minks flopping through a pasture is quite amusing, the minks’ liberation likely came at a price: Farm-raised minks aren’t really able to make it in the wild. Many of the minks died once released because of the heat. The ones that were recovered alive were haphazardly thrown into pens, which disrupted their social groupings and drove the minks to kill one another. 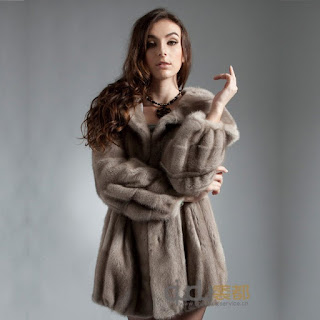 The minks currently live on a mink-pelt farm, which means that they essentially exist to eventually be killed. But still, the move to liberate them is destined to fail. Dan Lang, owner of the Minnesota farm the minks escaped from, told the St. Cloud Times that he estimates half of his minks are already dead. “I wish these people that did this would come here every day for two weeks, and they could help pick up the dead ones,” he told the Times. Lang has already started rounding up the dead. In piles, they look like logs of wood during different stages of charring. 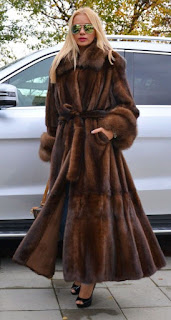 The town’s sheriff, Don Gudmundson, told the Times that investigators believe “the vandals parked about a half-mile away from the farm … then released all the mink from their cages.” Gudmundson is looking for multiple people due to the “effort required to dismantle the fence.” The perpetrators are believed to be animal-rights activists who wanted to set the minks free. The animals released were worth roughly $750,000.

Sadly, it's probably a good thing most of the minks died. Assuming they managed to learn to live in the wild, they are a voracious predator on small mammals and birds, and probably would have devastated the local ecology. It has all the makings of a bad Sci-Fi channel show.

I'm not especially a fan of mink coats, but I don't mind men and women who are.

Wombat-socho has "Rule 5 Sunday: Burger Girls" ready at The Other McCain.
Posted by Fritz at 1:30 PM