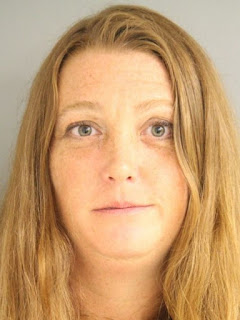 
The Rehoboth Beach Police Department says 37-year-old Jennie Lee D. Martin, of Chevy Chase, Maryland was walking around with no shirt in the area of of Wilmington Avenue and First Street.

Police say they tracked the woman near the boardwalk, but she declined to put her shirt back on at the officer’s request.

Witnesses tell police that they observed the woman along with several other families as they attempted to hide their children’s views of Martin.

When one observer requested Martin to put on her shirt she allegedly responded with profanity and spit on the man, police say. 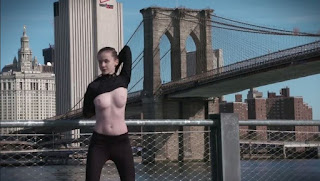 I'm sure she was just peacefully protesting for her right to show her nipples, like any man at the beach might. Free the nipple!  It's legal in New York!


When officers attempted to take Martin into custody she refused to allow officer to place her in handcuffs. Officers were forced to restrain Martin and forcefully place her into handcuffs.

Further investigation revealed the odor of alcohol on her breath. Martin’s purse was also searched and officers located marijuana consistent with personal use and a broken pipe inside.

She should come visit us in Long Beach. We need the excitement.

Wombat-socho has "Late Night With Rule 5 Sunday: Tax Loopholes Edition" ready at The Other McCain.
Posted by Fritz at 7:24 PM