Fernández, who was 24, and two other men were found dead after their 32-foot boat was discovered crashed at the entrance of Miami Harbor, said Fish and Wildlife Commission public information officer Lorenzo Veloz.

Coast Guard personnel out on patrol noticed the vessel upside down on the north end of a rocky jetty shortly after 3:15 a.m., Veloz said at a news conference Sunday morning in Miami. Divers recovered two of the bodies under the boat and the third victim was found on the rocks. The names of the two other victims -- also in their 20s -- are being withheld until relatives could be notified. The men were personal friends of Fernandez, Veloz said. 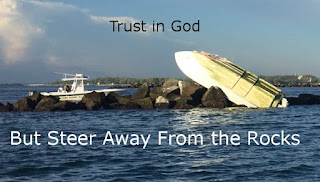 Based on impact evidence and the severity of damage, officials concluded that the boat -- a 32-foot-SeaVee center console model -- hit the rocks at full speed, Veloz said. Fernández was a passenger on the boat, and he was not the owner, Veloz said.

"The boat is a total loss right now from what we can see," Veloz said. "It's bad. There's no other word for it, it's horrible, it's bad, it's bad."

Drugs and alcohol did not appear to be factors in the accident, he said, but he added that investigators had been been unable to get under the overturned wreckage by early Sunday, and autopsies had not yet been done. None of the three victims were wearing life vests, he said.

I'm pretty sure the charts, and most GPSs show the rocks. It's your duty when operating a vessel to know where you are and where the hazards are, and keep them apart.
Posted by Fritz at 4:49 PM