Was the FBI Investigation of Clinton.com a Sham?

Top Clinton aide dismissed IT specialist's concerns about private email server. You already know without reading that the aide in question is Cheryl Mills, who doubled as Hillary's private attorney and her State Dept. Chief of Staff. We do find out that they floated the "Powell excuse" early on:

Pagliano said his colleague asked him to convey the concern to Clinton's inner circle.

When he did so, however, Pagliano said Mills shrugged off the warning, telling Pagliano that "former Secretary [sic] of State had done the same thing, [including] Colin Powell."

For her part, Mills told the FBI that she "may have" discussed federal records retention rules with Pagliano, "but was not sure." She also said she did not recall any conversations with the unknown State Department IT expert about the issue.

Cheryl Mills checkered past. From  The FBI Investigation of EmailGate Was a Sham, as the Observer observes (nope, not yet).


Not to mention that Mills has a longstanding and well-deserved reputation in Washington for helping the Clintons dodge investigation after investigation. When Bill and Hillary need a fixer to help them bury the bodies – as they say inside the Beltway – trusty Cheryl Mills has been on call for the last quarter-century.

She played a key role in the Whitewater scandal of the 1990s – and so did James Comey. Fully two decades ago, when Comey was a Senate investigator, he tried to get Mills, then deputy counsel to Bill Clinton’s White House, to hand over relevant documents. Mills went full dog-ate-my-homework, claiming that a burglar had taken the files, leading Comey to unavoidably conclude that she was obstructing his investigation. Mills’ cover-up, the Senate investigators assessed, encompassed “destruction of documents” and “highly improper” behavior.

Such misconduct is a career-ender for normal people in Washington, but not for Cheryl Mills, who over the last several decades has followed the Clintons everywhere they go. Mills has proven her loyalty to Clinton, Inc. time and again, and that loyalty has been rewarded with a pass on prosecution in EmailGate.

Oh, a burglar. How convenient! Powerline asks How's the Cover Up Going Hillary? and offers this old cartoon from Watergate. Actually, the cover up is going pretty well, thanks to Comey.


When Dr. Lisa Bardack was asked to become Hillary Clinton’s personal physician in 2001, it had to have been a crowning moment in the career of the Mt. Kisco internist. Dr. Bardack could have anticipated little downside. She already had the responsibility -- and legal obligation under HIPAA -- to protect the privacy of her patient. She and her staff would have to be especially scrupulous in the case of a senator with presidential ambitions, but this should not have posed a serious problem.Unfortunately, Hillary Clinton corrupts everyone who serves her. And this year Bardack encountered difficulties she could not have foreseen in 2001:

2. The candidate was being videoed, not only during campaign stops, speeches, townhalls, and the rare press conference, but before and after events -- by individuals with cell phones who were under no obligation to obey orders given to servile journalists to turn off their cameras. . .


After Clinton campaign picks Mark Cuban to sit in the front row at tonight's debate, Gennifer Flowers Agrees To Join Trump At Presidential Debate. I would have thought the Benghazi mother would have been a better choice:


AN APT RIPOSTE TO TEAM HILLARY’S MARK CUBAN (NOT FIDEL) GAMBIT: Demonstrating his genius for political theater, Trump is threatening to give Gennifer Flowers a front row seat at his upcoming debate with Hillary Clinton. Democrats love to seed debate audiences with aggressive supporters who’ll violate rules of decorum and mock Republican candidates. Team Hillary has given Trump-antagonist Mark Cuban a seat. Cuban has been cultvating an anti-Trump rep. ABC News called Cuban a dedicated Trump-troller and he’s been touting his front row ticket. Cuban hasn’t said he intends to disrupt Trump but the touts are meant to suggest he might.. . . 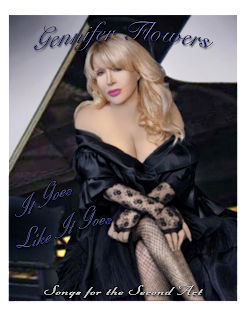 Cuban is a sharp fellow, but Flowers is a better than an apt counter-punch. She’s still attractive and camera-ready. (Here’s a photo from 2013.) As Bill Clinton’s former mistress she’s a far more sensational story line. Illicit sex, anyone? Suddenly every Clinton scandal and subsequent coverup are chitchat fodder. Flowers’ personal history calls into question major Clinton campaign themes, to include Hillary’s “I’m for women and Trump’s a sexist” pitch. Compared to Flowers, Cuban is just a guy in a seat.

Trump’s debate strategy: Let Clinton talk I like it. The more she talks, the more people are turned off by the idea of having her nag them for the next 4-8 years.

Clinton allies see double standard and sexism in debate. Of course they did, they saw sexism 100 out of the last 5 times it happened.

Hillary Clinton Would Rather Blame Free Speech than Islam for Terrorism That's because they hate the freedom to tell the truth about them more than they hate terrorism.

CNN fact-check: No, Hillary Clinton did not cut Russia’s nuclear arms. What? She lied? Whodda thunk?


Yesterday, Jake Tapper fact-checked a claim about Russian nuclear arms made in two different Hillary Clinton campaign ads this year. One of the ads, which was aired thousands of times in Colorado and Virginia back in April, claims Hillary secured “a massive reduction in nuclear weapons.” FactCheck.org looked at that claim at the time and concluded, “the record doesn’t show that Clinton was responsible for ‘securing a massive reduction in nuclear weapons.'”

Michael Barone thinks that If Hillary loses, Democrats face a long time in exile. Meh; if I had a dollar for every time someone predicted the future dominance of one party over the other based on the results the next election, I'd be rich.

This one is a little bit of a stretch, but Victor David Hanson pens a nice paragraph about Hillary in Who Are Those Darned “Elites”?


The Clintons are the epitome of the rules not applying to ruling class. Hillary once rigged a cattle futures investment of $1,000 into a $100,000 profit at 34-trillion-to-1 odds and without consequences—and then added insult to injury by initially not paying taxes on her profits. As Secretary of State, she violated dozens of national security protocols, something that would earn other government employees either jail time or a pink slip. Bill, for his part, has become the highest paid “chancellor” in higher education history, earning nearly $17 million over five years by trading on the influence of his Secretary of State spouse—quite aside from plane rides he took aboard the “Lolita express” that would have earned others the charge of misogyny at the very least.

Wombat-socho has "Late Night With Rule 5 Sunday: Tax Loopholes Edition" and "FMJRA 2.0: Bach’s Toccata & Fugue In D Minor" ready at The Other McCain.
Posted by Fritz at 11:21 AM