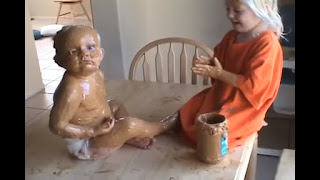 Just more support for the idea of letting your children experience things rather than shielding them from the real world. It will even help them stay healthier:

The mega-links from Wombat-socho, "Rule 5 Sunday: Looking Back, All I Did Was Look Away", is up at The Other McCain.
Posted by Fritz at 5:00 AM