I Think This is an Excellent Idea 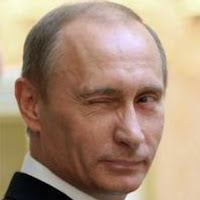 The Russian-language newspaper, Trust, is reporting that an actual lawmaker—albeit one with a history of strange ideas—has introduced to the State Duma a bill that proposes extending the greatness of Russia by having children using the sperm of Vladimir Putin. To the best of our research, the Observer is the first to translate this strange proposal into English.

“The essence of my proposition is simple”, says the chairwoman of Parliamentary Commission on Women’s Affairs, Children and Family, Yelena Borisovna Mizoulina. “Each female citizen of Russia will be able to receive by mail the genetic material of the President, get pregnant from him and have a baby. These mothers will be receiving special allowances from the government.”

Ms. Mizoulina, who holds a PhD in law, made the proposal in a roundtable discussion regarding the issue of fertility and Russia. She went on to describe what would happen after President Putin’s babies were born, presuming that they will be male, at least in the translation commissioned by the Observer.

“And after the birth of the child, he will have to be given to be raised into the special institutions that resemble Souvorov Schools with the aim that he will be loyal to the Motherland and personally to the President of RF.” A Souvorov school resembled the “military boarding school” concept familiar to Americans and RF means Russian Federation.

“Children born from the Russian president in the future will form the military and political elite of the state,” Ms. Mizoulina is quoted as saying (her name is sometimes spelled Mizulina).

Given the hyper-gametic propensity of female kind in general as well as the generous subsidies proposed, I would expect literally millions of Russian women would volunteer to bear Vlad kidlings. So much so that he would literally have to become a semen factory to keep up with the demand.

One question might be whether his reputed new main squeeze, Olympic athlete Alina Kabaeva, for whom he dumped his frumpy ex-wife Ludmilla, would tolerate it, or would be pressed into service to help him keep his flagging "spirit" up. If not her, I'm sure there are thousands of model grade Russian women who would volunteer to assist for a small fee. 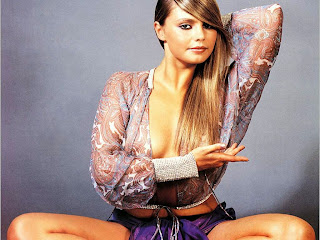 One also wonders how the majority of Russian men would respond. But then, who cares what they think?

Why would I support this?  Vlad would be far too busy with his paternal "duties" to invade Ukraine or any other unfortunate neighboring countires, threaten NATO, or even bother to make Preznit Obama seem like a wimp.