A couple of recent studies of DNA taken from fossil human skeletons show that European and Asian populations had already begun to separate and evolve along differnent lines as long ago as 45,000 years. From Dienekes' Blog:


We present the high-quality genome sequence of a ~45,000-year-old modern human male from Siberia. This individual derives from a population that lived before—or simultaneously with—the separation of the populations in western and eastern Eurasia and carries a similar amount of Neanderthal ancestry as present-day Eurasians. However, the genomic segments of Neanderthal ancestry are substantially longer than those observed in present-day individuals, indicating that Neanderthal gene flow into the ancestors of this individual occurred 7,000–13,000 years before he lived. . . 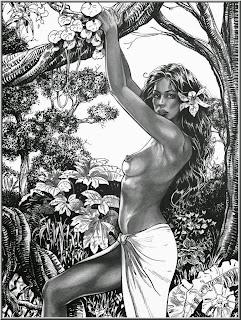 However, the next fossil, K14 from European Russia from 37,000 before present shows significantly more European traits: Genome of Kostenki-14, an Upper Paleolithic European


A new paper in Science reports on the genome of Kostenki-14 (K14), an Upper Paleolithic European from Russia. This is now the third oldest Homo sapiens for which we have genetic data, after Ust'-Ishim (Siberia, 45 thousand years), Tianyuan (China, 40 thousand years), and now Kostenki (European part of Russia, 37 thousand years). Of these three genomes, the Ust'-Ishim is both the highest coverage and earliest (Siberia is the gift that keeps on givin'), Tianyuan only has its chromosome 21 known, and K14, a complete 2.42x coverage sequence (and, apparently, good teeth, after all these years; left). 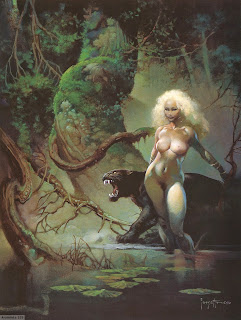 I don't have any really relevant Cave Girls so I'll have to illustrate with some only sort of relevant ones... 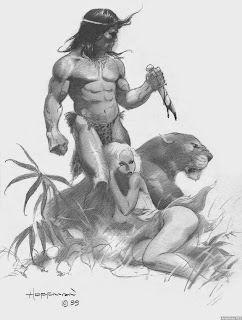 So, by 45,000 BP and 37,000 BP, we have separate populations genetically related to modern Asians and Europeans respectively.  Moreover, both DNA profiles show an "injection" of Neandertal genes in the not too distant past, from their point of view (approximately 50,000 years BP). So these fossils are after, but relatively close to the time that Asians and Europeans separated far enough geographically, or perhaps culturally, to start to evolve apart biologically.

What does this mean? I wouldn't impute much to it except to point out how far back the basic racial natures of human beings originate. It certainly doesn't make one better than another, and we are still clearly members of the same species despite the long evolutionary separation.

Wombat-socho chose to hold Rule Five Sunday on Monday this week.
Posted by Fritz at 6:00 AM