Nope, Nothing Funny About This 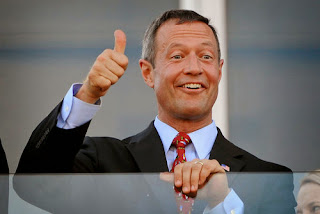 The O'Malley administration has struck a deal to buy a Kent County farm for $2.8 million and then lease it for $1 a year to a company controlled by an organic farmer and Democratic campaign donor.

Wow, that saves a lot of money. I imagine it's a lot easier to have a profitable farm when the government buys the land, and lets you use the property for, let's face it, nothing. I'll bet every farmer wishes he could have a deal like that. Imagine what they would save on property taxes alone.


The proposal has drawn criticism from businesses that worry about unfair competition.

It should also draw criticism from anyone concerned about corruption.


The beneficiary of both deals is the nonprofit Eastern Shore Food Hub Corp., a company led by Cleo Braver, an environmental lawyer-turned-organic farmer who is a critic of the prevailing agricultural practices on the Eastern Shore. Braver advocates for "green" farming techniques as part of the local food movement.

Franchot spokesman Andrew Friedson described the deal as a "highly irregular transaction." He said the comptroller "has serious concerns about the appropriateness of this type of state investment, especially considering the millions of taxpayer dollars at stake."

This should effectively kill any thought of an O'Malley run for President; but then one would have thought the same of Hillary after Travelgate, Whitewater and the Hillary Cattle Futures Affair, just to name a few.


Also in the pipeline — but not on the agenda Wednesday — is a deal in which the same company would receive $500,000 in state bond money toward the cost of establishing a $2.3 million "food hub" in Easton to process and distribute organic and sustainably produced food.

It's good to have friends in high places, I guess.
Posted by Fritz at 11:34 PM