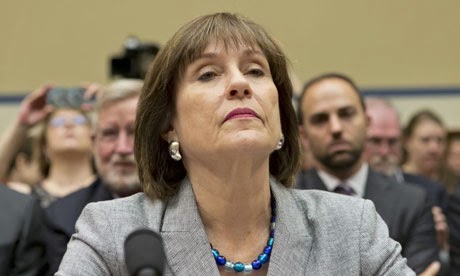 Up to 30,000 missing emails sent by former Internal Revenue Service official Lois Lerner have been recovered by the IRS inspector general, five months after they were deemed lost forever.

The U.S. Treasury Inspector General for Tax Administration (TIGTA) informed congressional staffers from several committees on Friday that the emails were found among hundreds of “disaster recovery tapes” that were used to back up the IRS email system.

“They just said it took them several weeks and some forensic effort to get these emails off these tapes,” a congressional aide told the Washington Examiner.

Committees in the House and Senate are seeking the emails, which they believe could show Lerner was working in concert with Obama administration officials to target conservative and Tea Party groups seeking tax-exempt status before the 2012 presidential election.

The next time a government functionary tells you the sky is blue, run out and check.
Posted by Fritz at 6:30 PM