At 1 PM on Fedex Field in Landover. The poor Redskins could really use a victory.  The Buccaneers are 1-8 compared to the Redskins 3-6, so maybe, just maybe, they can find some way to do it.

So how is the liberal war on football and the Redskins in particular going? 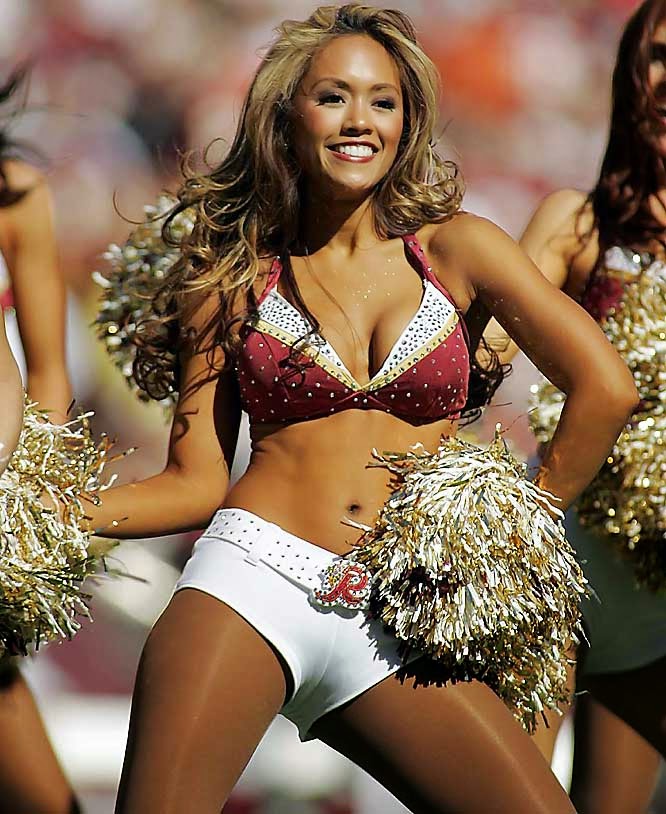 Protestors, some dressed in traditional Native American garb, descended upon the University of Minnesota’s TCF Bank Stadium on Sunday to denounce the nickname of Washington’s NFL team. The people wearing horned helmets and wielding giant mallets showed up in Minneapolis to cheer on the Minnesota Vikings. Go figure.

The demonstration attracted about 1,500 people, including U.S. Representatives Keith Ellison and Betty McCollum, comedian Dick Gregory, and Minneapolis Mayor Betsy Hodges. Most of the 53,000 spectators inside the stadium also objected to the Redskins, albeit for altogether different reasons. Signs offered by the spectacle (not to be confused with the spectators) advanced such placard wisdom as “No Honor in Genocide,” “This Paint Is Red, My Skin Is Not,” “Punt Your Logo,” and “No More Double Standards for Racism.” 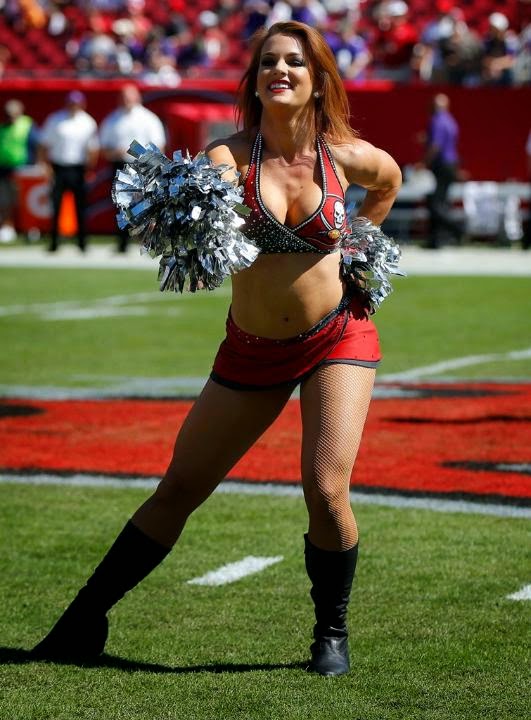 Isn’t that last one just the point?

Far from finding an insult in “Vikings,” the descendants of Europe’s Norsemen residing in Minnesota take pride in their NFL team’s nickname. Fans of the San Diego Padres, Notre Dame Fighting Irish, Vancouver Canucks, New York Yankees, and University of Louisiana Rajin’ Cajuns similarly don’t take to the streets in anger over those ethically-based nicknames. “No More Double Standards for Racism” would seem to apply to the protestors as much as the protested. 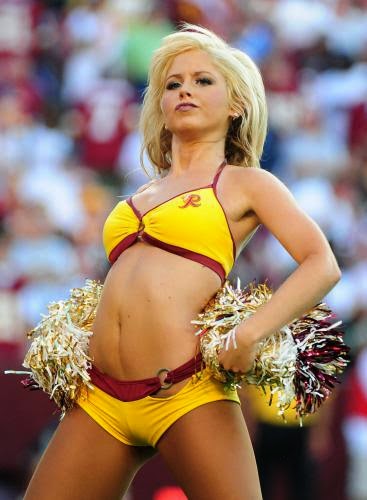 To be sure, the Washington Redskins isn’t the only team to face the wrath of the sandwich-board crowd. Some of the same people who protested the Redskins in Minneapolis on Sunday protested the Atlanta Braves when they faced the Minnesota Twins during the 1991 World Series. Then, like now, nobody—not Zan and Jayna, not Mary Kate and Ashley, and not that dissimilar-looking trio from the ‘80s that sang “Hold Me Now”—showed up to remonstrate over the perceived affront to their group embodied by the home team’s name. 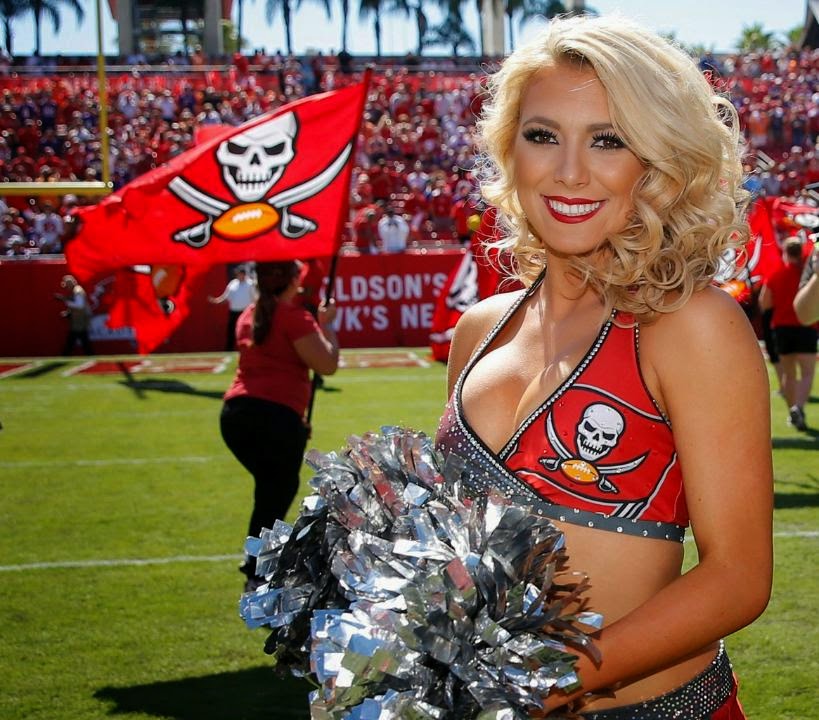 But a few thousand, encouraged by the griping of University of Minnesota administrators, bemoaned the 82-year-old team’s nickname in Minneapolis yesterday. The Redskins, perhaps affected by all the bad karma (wrong Indians?), crashed the team bus before crashing out against the Minnesota Vikings. The team dropped to 3-6 in the 29-26 loss. . . 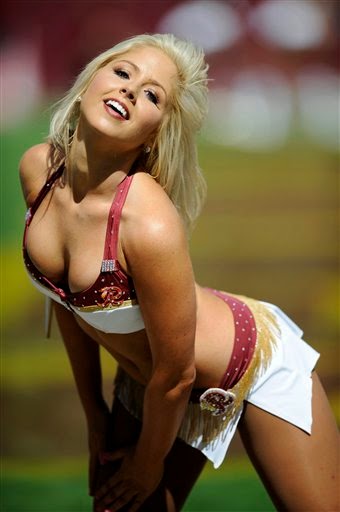 Problems have been stacking up this season on the NFL's horizon like planes in a holding pattern: investigations, arbitrations, suspensions, lawsuits and plea deals that shamed both an owner and a high-profile star.

It's been a turbulent season so far by almost any measure - save for the most important one: Business has rarely been better.

Despite smoldering anger over Commissioner Roger Goodell's bungling of the Ray Rice domestic-violence case, as well as the way some teams responded when their players ran afoul of the law, no one has bailed on the NFL. The sponsors who raised very public concerns two months ago have slipped quietly back into the fold. The politicians and women-rights advocates who expressed outrage have largely fallen silent. And the fans? 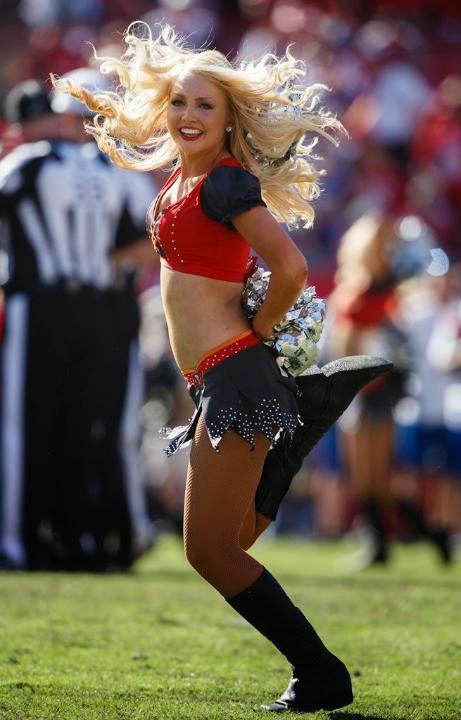 The numbers speak for themselves.

At the halfway point of the season, leaguewide attendance at stadiums is on pace to better last year's per-game average of 68,867 (a five-year high), with 20 of the 32 teams reporting increases, according to STATS. TV ratings, too, are equal to or better than last year's average of 18.4 million viewers for nationally televised games - including 6.3 million females, according to Nielsen.

Keep in mind, those ratings numbers exclude Thursday night games, usually carried by the NFL Network, for purposes of comparison. Yet if any one game figured to be the focus of fans' ire as a second video surfaced in the Rice case, it was the Sept 11 game at Baltimore against the Pittsburgh Steelers. Instead, more than a few of the locals - male and female, young and old - turned up for the game wearing Rice's No. 27 Ravens jersey and CBS recorded its best prime-time Thursday since 2006. 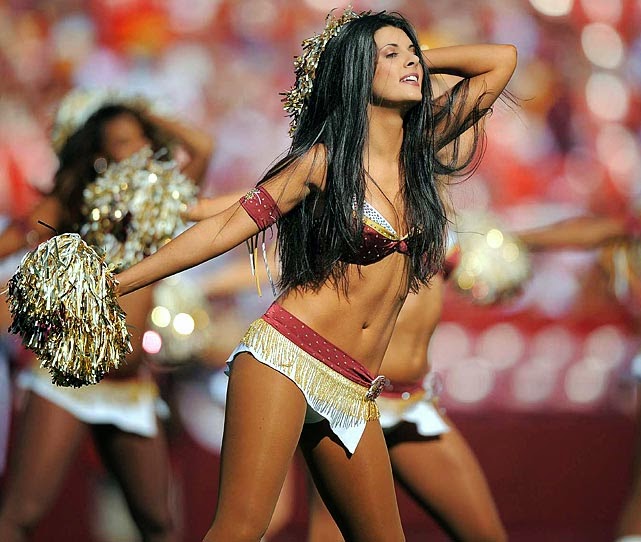 ''The relative quiet at the moment is because the process has taken over,'' said Marc Ganis, president of Chicago-based consulting firm SportsCorp, referring to a handful of NFL initiatives to make its disciplinary process more equitable and transparent. ''The people in charge said they want to get to the bottom of this, and most of the people who follow the NFL are willing to give them some time to do that.''

So it sounds like the NFL is doing just fine thank you, and Dan Snyder is laughing all the way to the bank.

Wombat-socho has the grand "Rule 5 Sunday: Wax Ecstatic" up and running at The Other McCain.
Posted by Fritz at 12:30 PM