This year, your real Christmas tree will be more expensive than it needs to be. That’s because the Department of Agriculture is imposing a fee on each fresh-cut tree sold.

A few months ago, the federal government created a national marketing program to advertise the virtues of real Christmas trees. It’s funded by a 15-cent surcharge that will be added to the cost of each tree sold. It’s not a tax, Washington insists -- merely a fee that you have to pay.

“The Christmas tree industry requested this initiative to fund Christmas tree research and marketing, the program will be funded solely by the industry, and the government is not imposing any tax on Christmas trees,” an Agriculture Department spokesman explains.

It’s a distinction without a difference. If a fee is imposed on a product by a government, it’s a tax on the consumer. 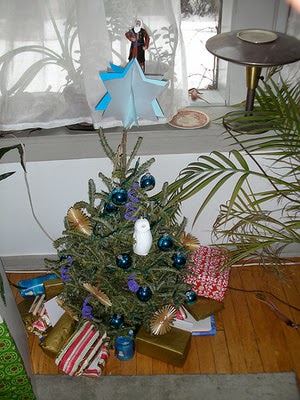 But what about the Chanuka Bush? I hope they're being taxed at the same rate.


Regulators also defend the new program by noting that other products, including pork (The Other White Meat), beef (It’s What’s For Dinner), and milk (Got Milk?) have advertising campaigns funded by the feds. Well, that simply means consumers have been paying more than we needed to for those products as well.

This new tax that’s not a tax was imposed as part of the 2014 Farm Bill. It was first announced in November of 2011, but was put on hold after an Internet firestorm erupted in opposition to it.

There seems to be a legitimate problem here. Growers are worried because sales are dropping. The WSJ reports that real tree sales “declined by 6% from 1965 to 2008, while the market share for artificial trees increased by 655% in that same period.”

Fifteen cents isn't that much per tree but why should the government be trying to influence our choice of Christmas trees? I have no doubt that part of the reason for the decline of the "live" tree, and the growth of fake trees is the aging of the American population.  Without kids, and with life more difficult, buying, preparing and disposing of a now dead tree is significantly more trouble than unpacking and repacking the fake.  Why, just this year, my 91 year old mother announced she had given up and was getting a fake.  We, however, preceded her on this by several years, as we have been using a small cluster of fakes.

Wombat-socho has the grand "Rule 5 Sunday: Wax Ecstatic" up and running at The Other McCain.
Posted by Fritz at 6:35 PM