Groupers Go to the Supreme Court 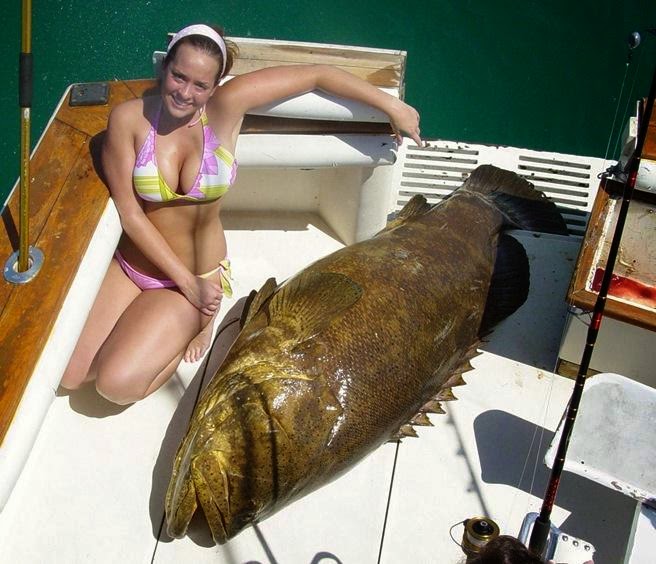 
The Supremes have decided to hear a case regarding whether groupers are 'tangible articles' under the Sarbanes-Oxley law. The issue is that the crew of the Miss Katie was caught with undersized fish. A marine fisheries officer wrote them a ticket and put the fish in a box that the captain was ordered to turn in when he got ashore. Rather than do this, they threw out the undersized fish and replaced them with bigger ones.


Depending on the type of grouper (and I don't know my groupers very well), the size limit for groupers is 20-22 inches. I may be going out on a limb here, but I'm going to guess the one above is long enough. (If it's Goliath Grouper, formerly a Jewfish, none can be kept, regardless of size).


Prosecutors, rather than charging them with offenses of catching undersized fish (which would have resulted in a fine and a small jail sentence), went after them under the Sarbanes-Oxley law which forbids the destruction of "any record, document, or tangible object" and which could result in a 20 year prison sentence, though the prosecutor only asked for two years on this one. Lawyers are arguing over whether "tangible object" here is something that could contain records, or whether it's any object whatsoever that might be evidence. 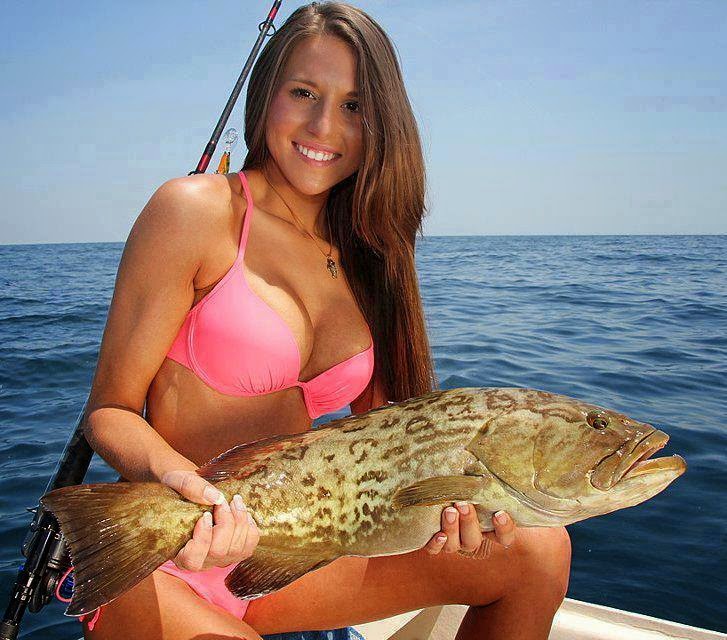 I'm pretty sure that groupers are "tangible objects", seeing how the girl on the right is actually touching one.

So far in comments, many of the conservative justices, including Roberts, Alito and Scalia, have expressed skepticism as to whether this would lead to overcriminalization for petty crimes and would give prosecutors undue leverage given all the things Sarbanes-Oxley can apply to. They also question whether this was intended in the law, given that "tangible object" was listed in a context including documents and records and appears to have been only contemplated in terms of servers, DVDs, or other tangible objects that might contain documents or records. Meanwhile, Kagan and Kennedy appear amenable to a more literal reading of the statute, given that groupers are in fact touchable and that makes them "tangible objects" under the ordinary meaning of those words. 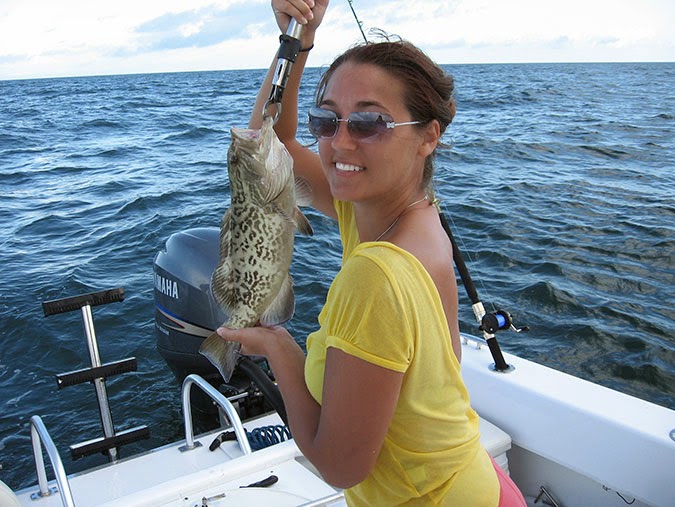 I'm a little torn here. Substituting legal fish after they had been busted for keeping undersized fish seems pretty arrogant. A threat of a couple of years seems like it might make the point.

On the other hand, I'm generally opposed to the way prosecutors overcharge and then settle for lesser charges in plea bargain rather than actually take cases to trial and prove the crime. The process becomes the punishment.

Wombat-socho has the grand "Rule 5 Sunday: Wax Ecstatic" up and running at The Other McCain.
Posted by Fritz at 6:00 AM