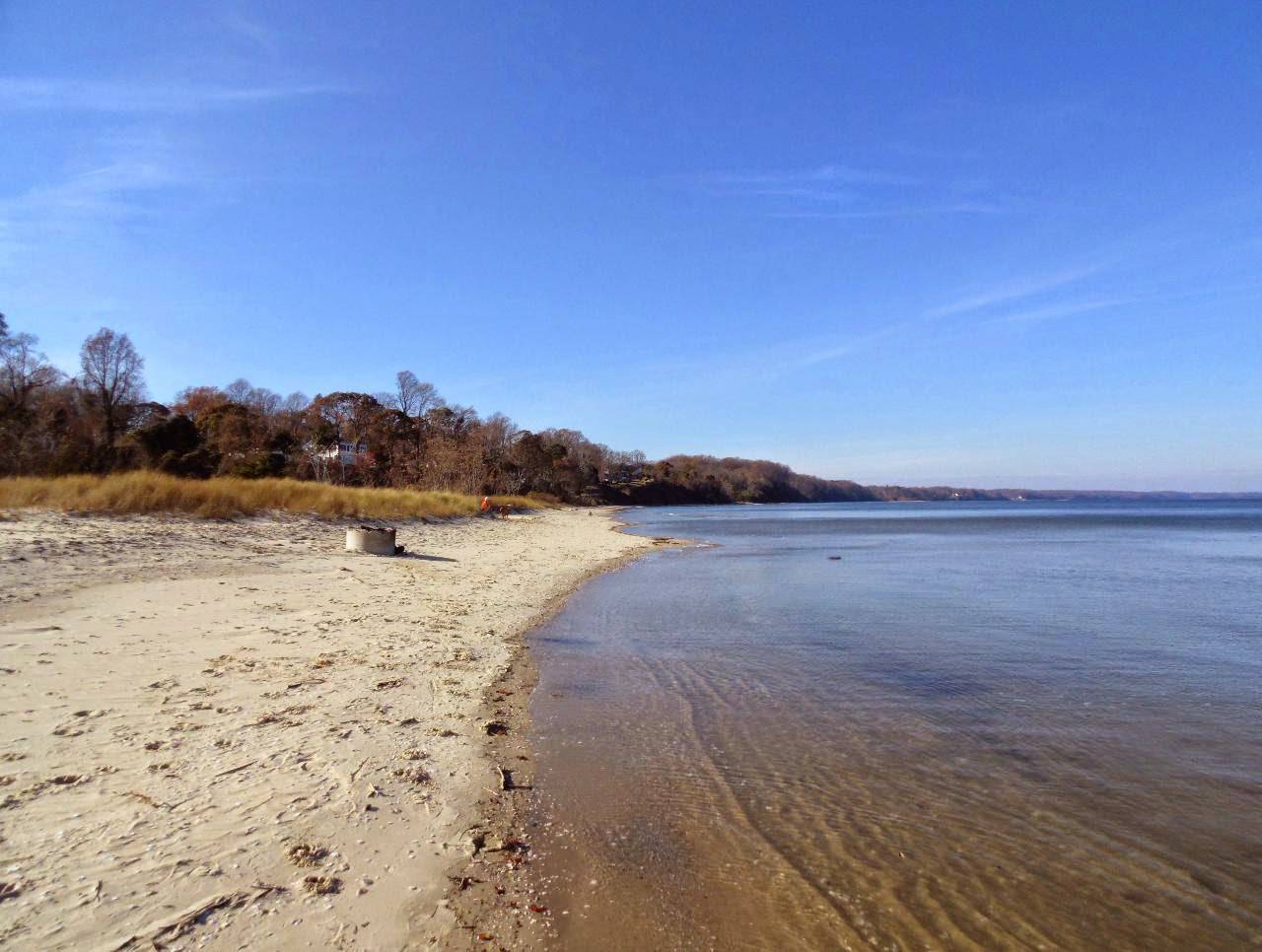 Last night was our coldest yet, 26 F.  By this afternoon, it was back up to 45 F. With a southwest wind at 10-15, it was pretty nice at the beach.  We hit it at dead high tide, though, so tooth hunting was awful, one each. 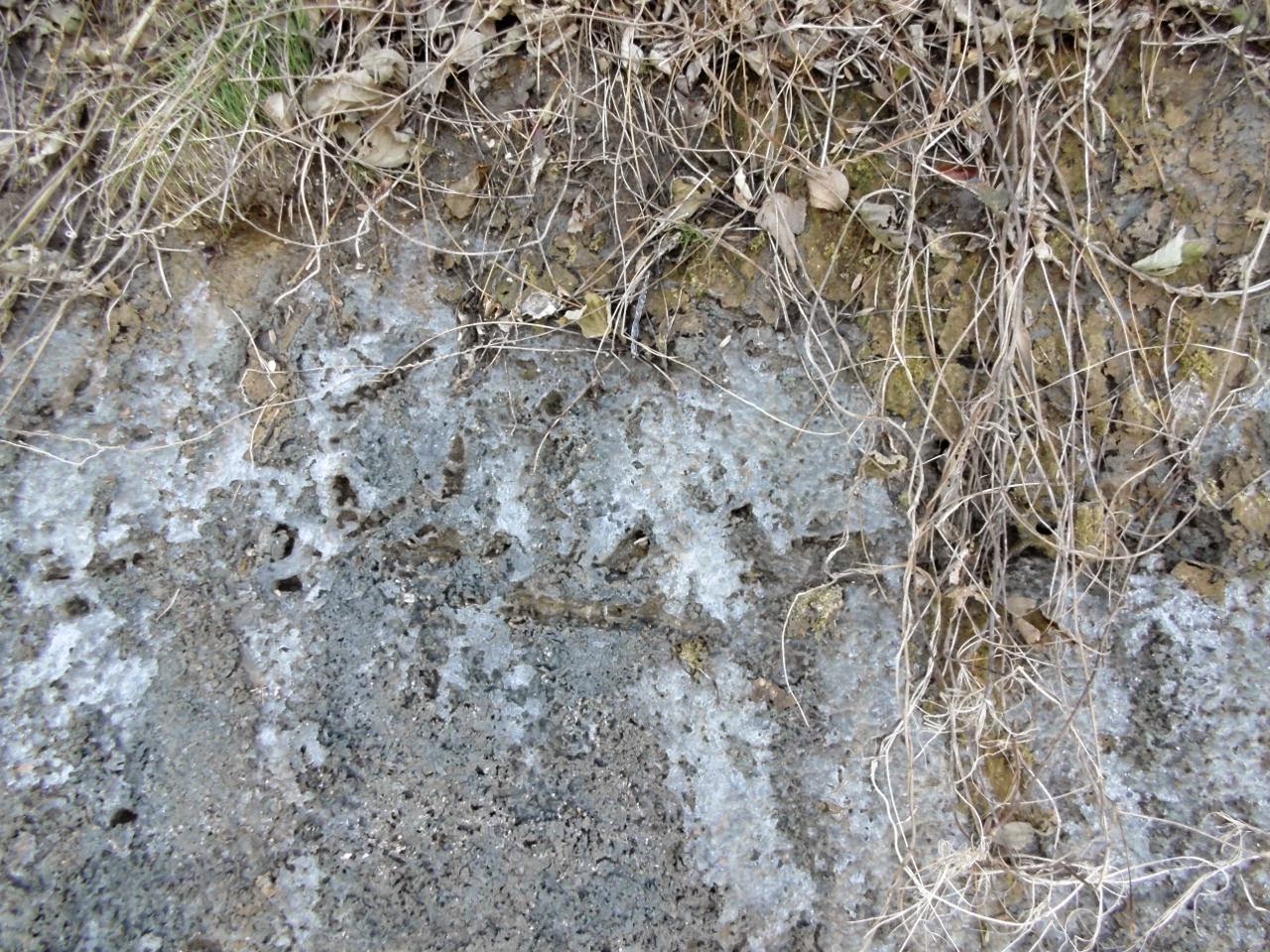 In the shadow of the cliffs ice still hung on. 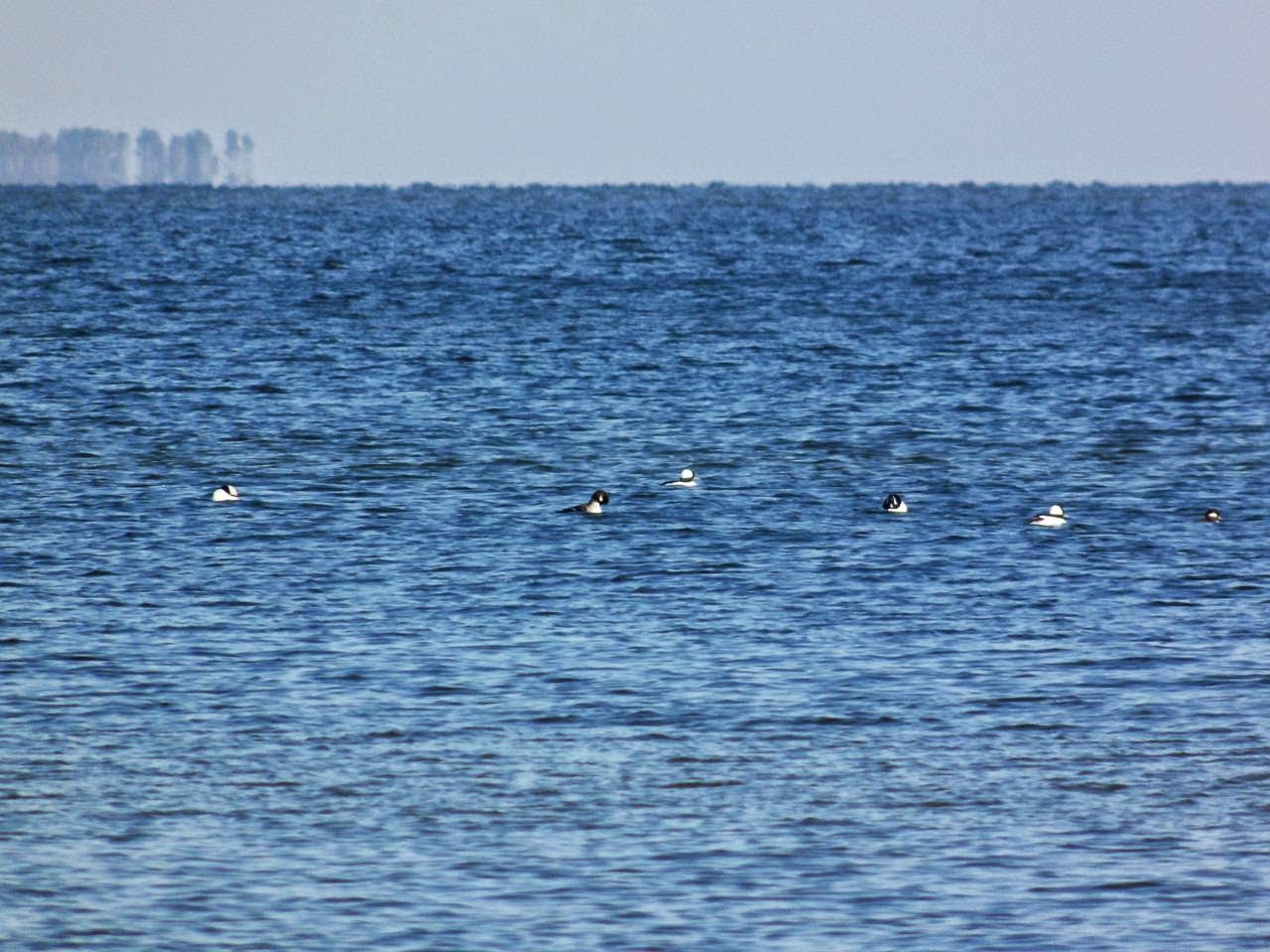 But the big news is that the commonest of our "winter" duck, the Buffleheads, are back.  I only saw this one group, but I expect more soon. 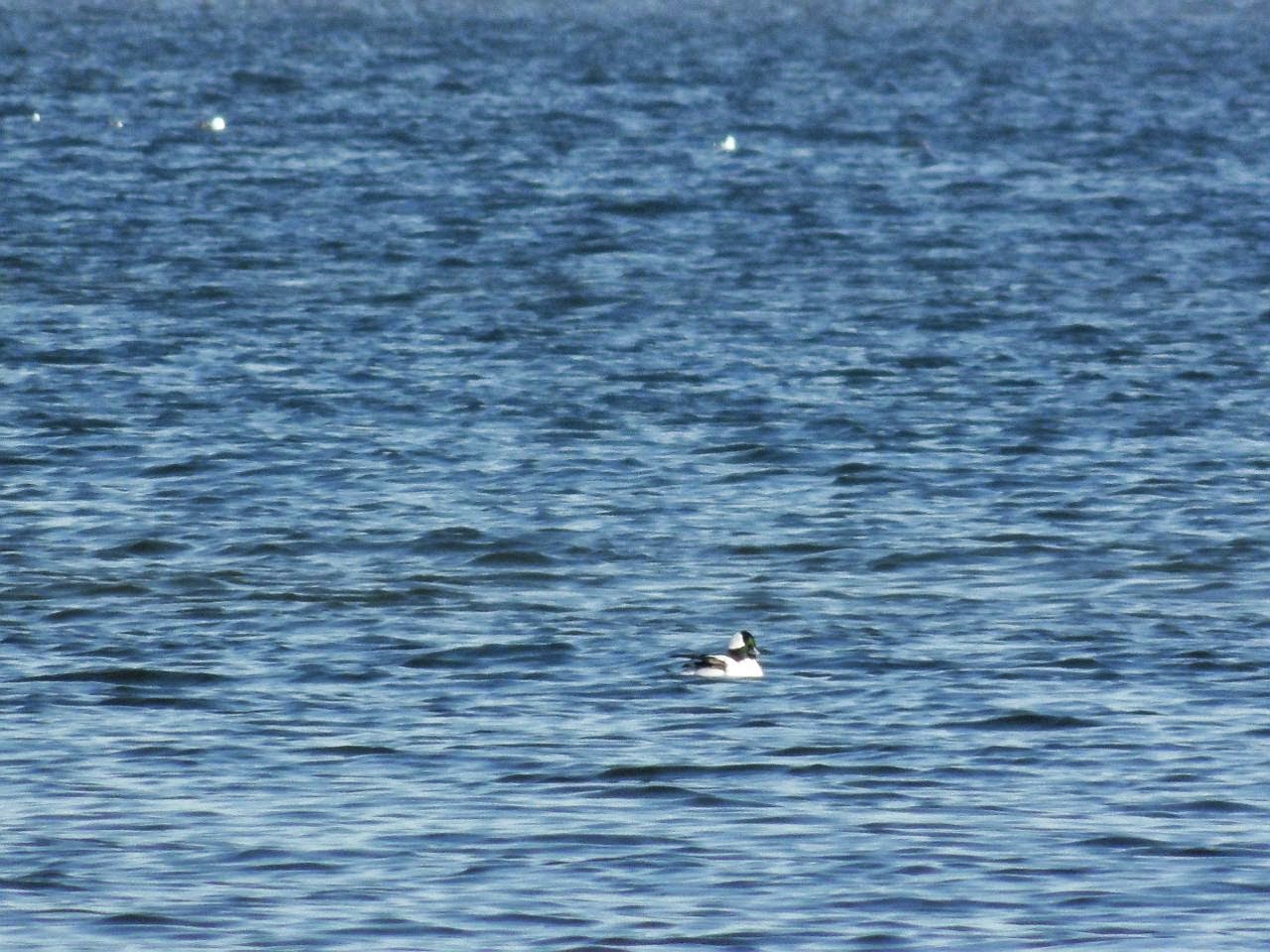 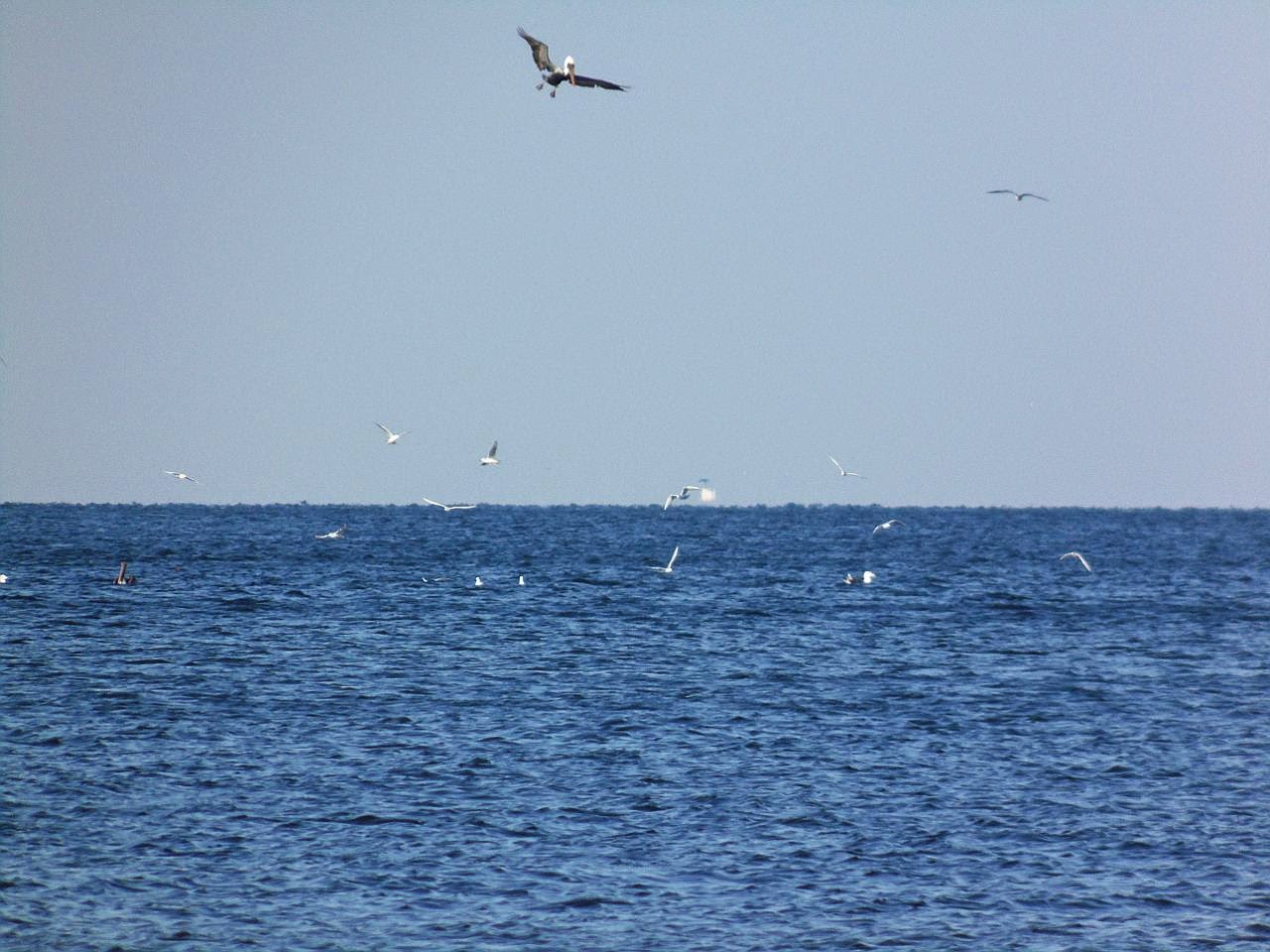 There was also a small group of sea gull, accompanied by a couple of Brown Pelicans, working a ways off the beach.  Most likely there was also a school of stripers helping to force fish to the surface. 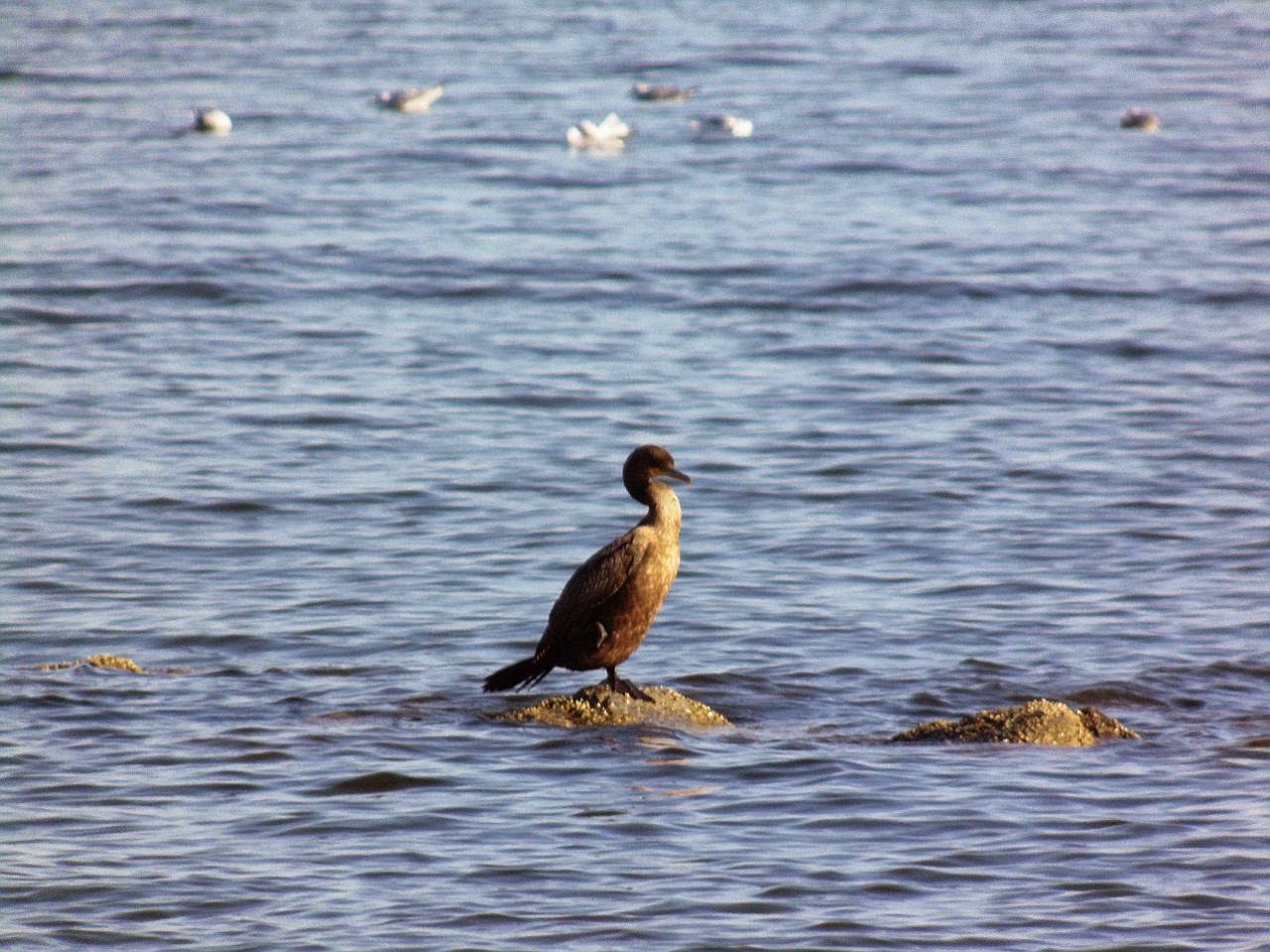 Finally, a boring old cormorant (probably a Double Crested) was hanging out on the south jetty.
Posted by Fritz at 4:30 PM