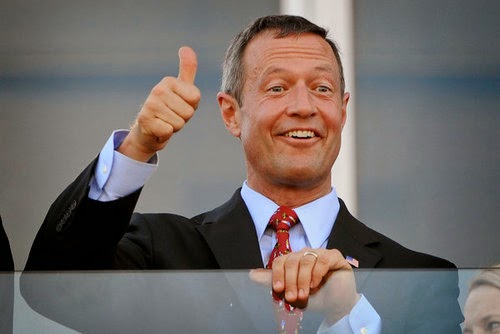 O’Malley says he is ready to allow ‘fracking’ in Western Maryland, with strict safeguards


Outgoing Gov. Martin O’Malley says he is ready to allow drilling for natural gas in Western Maryland, but only if energy companies adhere to some of the most restrictive public health and environmental safeguards in the country.

O’Malley (D) will propose regulations next month that start with the “best practices” of other states and nations where hydraulic fracturing, or “fracking,” is permitted, administration officials said. The regulations will include additional restrictions on drilling locations and efforts to limit the risks of drinking-water contamination and air pollution.

The rules would not take effect until after O’Malley is succeeded by Gov.-elect Larry Hogan (R), who on Tuesday criticized the governor for taking action on a number of controversial issues “on the way out the door.”

“We’re going to review every single one of them, I can assure you,” said Hogan, who has called drilling opportunities in Western Maryland “an economic gold mine” and faulted the state for taking too long to decide whether to allow fracking — which is already permitted in neighboring Pennsylvania and West Virginia.

I don't regard this as a sincere effort to allow fracking in Maryland, rather I see it as one of O'Malley's outgoing gifts to his environmentalist base. It will be some time a trouble for the incoming Governor Hogan to undo, especially with the state bureaucracy still on O'Malley's side.

O'Malley really expects these regulations to be sufficiently onerous as to effectively put off fracking in Maryland for the indefinite future, and he as much as admits that:


“In the short term, as a practical matter, the industry will probably choose to frack in other states than Maryland where the standards are lower,” O’Malley said.

But I don't care. Maryland is a smallish state, and while fracking would be a nice source of jobs out in the rural Appalachian portion of the state, it is not going to be important in supplying the much needed energy to the nation. Let North Dakota, Pennsylvania, and Texas carry that load for a few years. When the time is right, Maryland's will still be available.
Posted by Fritz at 2:43 PM