Detection dogs are playing a key role in the current phase of the Chesapeake Bay Nutria Eradication Project. The dogs are now working regularly here to search out signs of lingering nutria and are ready to respond to any reports of nutria sitings occurring in some 250,000 acres of marsh from which nutria are believed to have been cleared from the Choptank to Pocomoke River systems on Maryland’s Eastern Shore.

Hmm; that should be "sightings", unless they meant placing more nutria out on the marsh, in which case "sitings" might be appropriate. 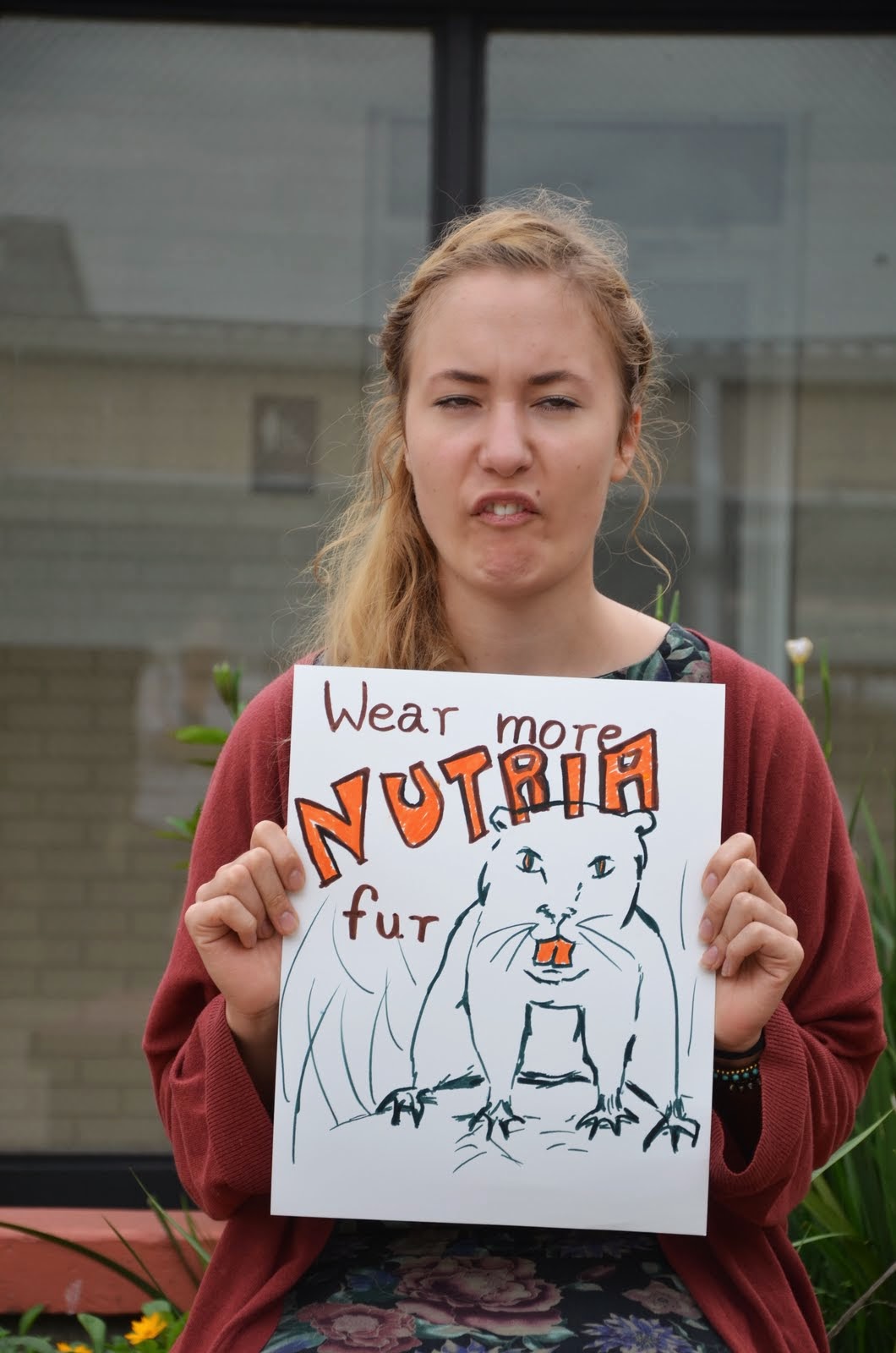 Last week the first two dogs trained for the program, Keeva and Rex, were officially graduated along with their handlers Margaret Pepper and Jerry Hopkins by officers of the U.S. Department of Agriculture’s National Detector Dog Training Center during a brief ceremony here at the Blackwater National Wildlife Refuge Visitors Center.
. . .
Pepper and Hopkins and their dogs will be canvasing marshes to very nutria eradication in those areas. They will also be responding to any nutria sitings, where the dogs will then search for nutria scat for followup by trappers. If a nutria is found, more work with the detector dogs would occur in the area around where the nutria is found.

It's worth remembering that Nutria were first imported for their fur, which is much nicer than dog.

During the first phase of the nutria eradication program, a few of the USDA trappers brought in their hunting dogs to root out nutria from the marsh. This effort was not fully effective in capturing nutria and also caused injury to some of the dogs.

Using dogs to find nutria scat poses no danger for the dog and is proven effective, according to USDA Training Specialist Willie Cooper. The dogs can easily differentiate between nutria and muskrat scat, he said, explaining the complexities of a canine nose.

Nutria have been a catastrophe over in the marshes on the eastern shore. Dogs, fur trapping, and women with shotguns are all welcome to take their best shots.

Wombat-socho chose to hold Rule Five Sunday on Monday this week.
Posted by Fritz at 6:58 PM