The Fine Art Of Grubering


: To tell a lie deliberately with the intent of misleading.
: To misinform people based on the belief that they are too stupid to understand the wisdom of your position.

example: To conceal the truth about Obamacare it was necessary to gruber the entire nation.
noun

example: The explanation given in favor of Obamacare was one huge gruber from one end to the other.

How One Man Could Obliterate Obamacare


For five years, Republicans have been searching for the perfect messenger to speak out against Obamacare.

They have finally found him. His name in Jonathan Gruber. . .

Sometimes the best you can be is a bad example.

Howie Carr: Jonathan Gruber is just another goober from Cambridge


So here’s this geeky nerd, overeducated, greedy, pompous, thinks he’s the smartest guy in the room while simultaneously engineering a public-policy disaster of the first magnitude — and not only is he from Massachusetts, he’s from Cambridge.

Stop me if you’ve heard this one before.

Why is it that Massachusetts produces so many of these “pointedy-headed intellectuals who can’t park a bicycle straight,” as the late Democrat George C. Wallace used to say?

Do you realize that every last one of the many disasters that has befallen this nation in the last half-century can be traced right back here to the banks of the Charles River?

C’mon down, Jonathan Gruber, economics professor at MIT. He’s the moonbat who, after engineering the ongoing fiasco that is Obamacare, then took a nationwide victory lap in which he repeatedly described the American people as “too stupid” to realize the Democrats were destroying their health care.

Maybe he’s right about our stupidity. After all, he cashed in $392,000 worth of federal no-bid contracts to wreck the best health care system in the world, plus another $1.6 million or so in various state wrecking-ball contracts.

I blame Massachusetts Institute of Technology (MIT). Since when is economics a technology?

Republicans, who made big gains during last week's midterm congressional elections, have stood unified against the law they deride as "Obamacare," and they now point to Gruber's comments as yet another reason to dump it. They say the remarks show a cynical strategy by Democrats to camouflage the law's politically unpalatable aspects and sneak them past an unsuspecting public.
Sen. John McCain, R-Ariz., is among those calling for hearings, perhaps including Gruber as a witness.

"This is what we complained about when we fought it for all those months on the floor. Nobody understood it," McCain said.

Another advocate for scrapping the law, Sen. John Cornyn, R-Texas, branded the measure "just a bundle of deception."

The Washington Post tells us that the only problem with Obamacare is that it hasn't been sold right: HealthCare.gov’s real problem: It’s not Drudge-y enough. They think it ought to look like this: 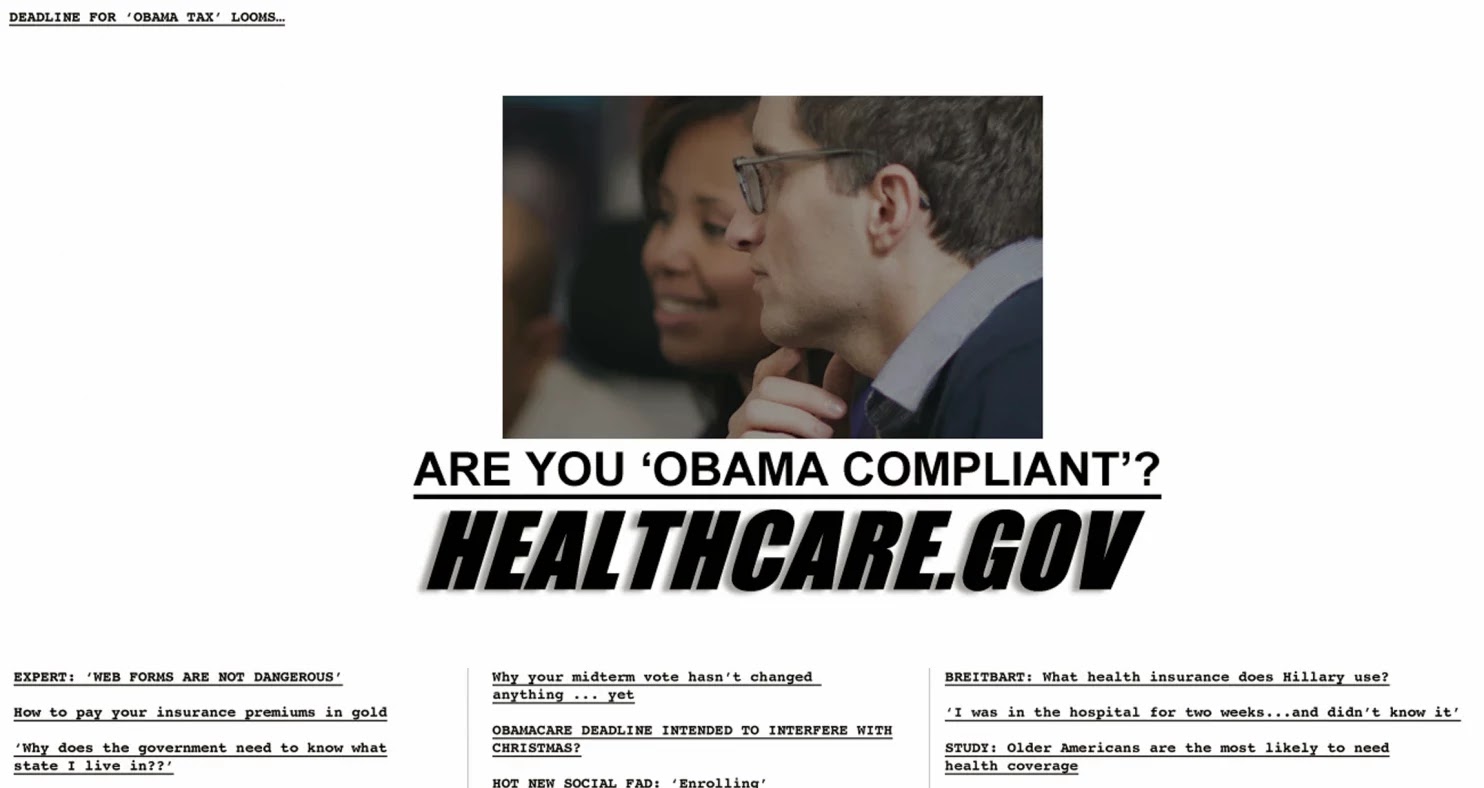 Some 32% of Americans agree with Gruber; they're too stupid to understand Obamacare:


One-out-of-three voters agree that Americans are too dumb to comprehend the new national health care law.

Jonathan Gruber, a key architect of the law, has been caught on video saying the law was deliberately written in a confusing way so “stupid” American voters wouldn’t understand the real cost to them and thus would be less likely to oppose it.

Understanding is a complex word. I doubt if anyone, including Gruber, totally understands Obamacare and how it works. However, most people with an IQ above 85 should be able to grasp the fundamentals of how it operates. That doesn't mean that they will necessarily take the time to do so.

Former CNBC reporter: Network silenced me when I criticized ObamaCare

Dem Senator vs. CNN’s Tapper on ‘Irrelevance’ of ‘This Guy Gruber’ 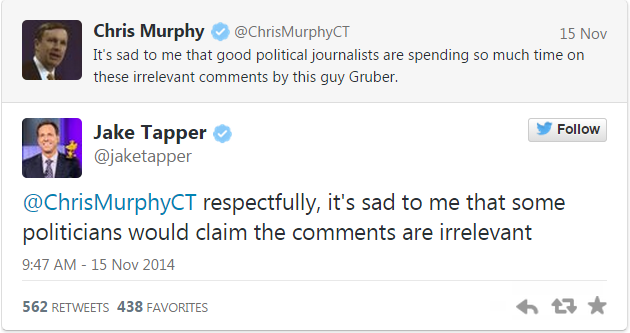 The 2nd year enrollment period is open now. So how is that going. Pretty much the same way history would suggest.


Across the U.S. state-run exchanges were having mixed success enrolling people. Washington state had to take its exchange offline to resolve a problem in which 2015 tax credit amounts were being incorrectly calculated for customers. In Colorado, plans that include cost-sharing subsidies weren't showing up for broker Louise Norris, who also got frequent error messages as she navigated the site.

At least she was able to enroll customers. Brokers at the Health Insurance Store of Louisiana in Baton Rouge weren't able to do that until early afternoon. Owner Will Chapman says none of the 10 agents or their clients could log into accounts until about 1 p.m. CT Saturday.

After a lengthy wait on hold for the call center around midday, Chapman says, they were told the problem was systemwide.


Washington's health care exchange shut down after the first few hours of open enrollment Saturday as state officials and software engineers tried to resolve a problem with tax credit calculations.

Officials at the exchange said Washington Healthplanfinder, which opened at 8 a.m., appeared to be working fine at first. When the exchange's quality control system reported the problem, they decided to shut the whole system down at about 10:30 a.m. to fix it.

The tax credits were off by just a few dollars in some cases, exchange CEO Richard Onizuka said. He said the system would remain down until it can give consumers who want to buy health insurance accurate information.

On Saturday afternoon, officials estimated the site wouldn't reopen until Sunday morning, but the actual timing will depend on how soon a software fix can be tested for potential side-effects.

It's not surprising that there some glitches, but after last years debacle, you'd think they'd have tried harder to work out the bugs this time.
Posted by Fritz at 9:53 AM