In this press release, the Maryland Department of Natural Resources announced new regulations for the recreational and commercial Striped Bass for 2015, in response to Atlantic States Marine Fisheries Commission decision requiring a 20.5% reduction in the Maryland catch. The highlight: 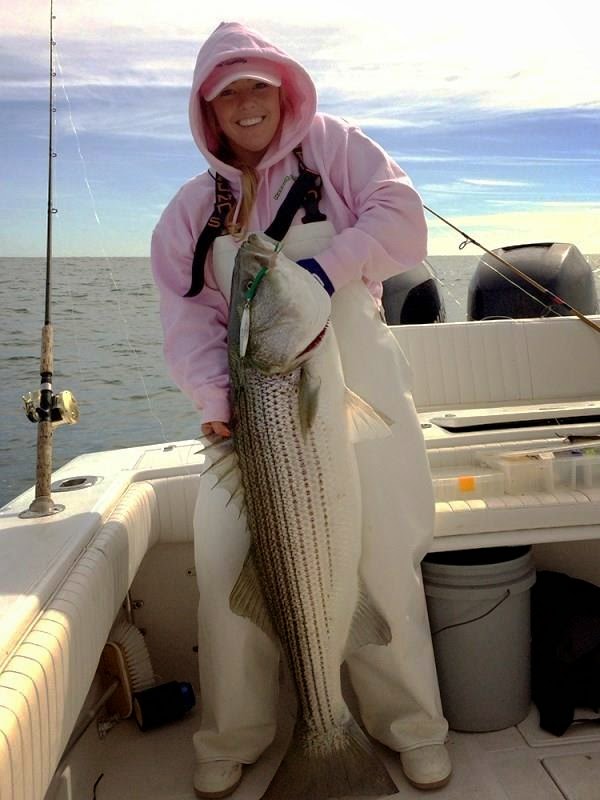 Chesapeake Bay Spring trophy fishery: This is a conservation equivalent fishery to the coastal recreational fishery so we need to reduce harvest 25% from the 2013 level. To achieve this reduction, a 1 fish at 36” is expected. Currently, we are at 1 fish at 28”. The season will remain the same – 3rd Saturday in April to May 15.

This will be a major cutback to the fish available to the average recreational angle.  Fish between 28 and 36 inches are typically much more abundant than fish 36 inches and greater. It will be much more difficult to catch a keeper striper in the Spring Trophy season. I, personally, won't be hit too hard, as I mostly catch and release in the period before the trophy season, and don't try too hard during the season itself. 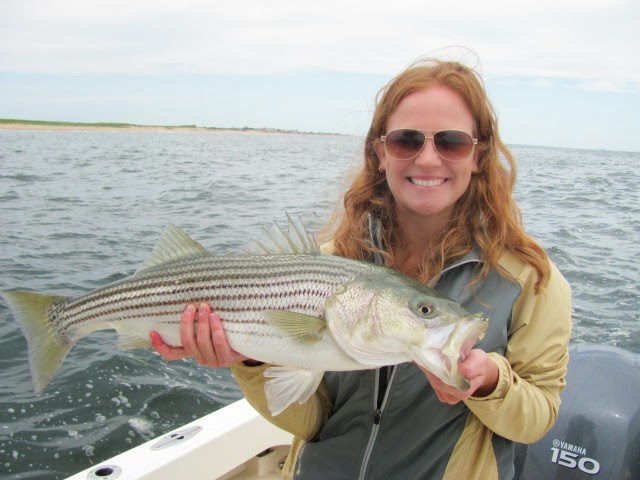 Bay recreational fishery: 20.5% reduction from 2012 harvest. Given stakeholder preferences to maintain our current 2 fish creel limit and May 15 to December 15 season, we will need to increase the minimum size from 18” to 20”.

Again, during the summer, there are a large number of fish between the 18" and 20". While this will cut back the fishing some, it may be that by not keeping as many fish at 18", we'll see more 20" fish later in the season, as the fish are growing rapidly. At least we can hope that will be true.

One 18" fish is the perfect fish for Georgia and I, providing 1 filet for each of us of an ideal size. A 20" fish is significantly larger than the 18", and some of that fish is likely to be wasted, or at least eaten in a less appetizing way.


- The ASMFC supported the Bay jurisdictions request to base the reduction off of the 2012 harvest instead of 2013 because the Bay jurisdictions proactively reduced the 2013 harvest quota by 14% in response to decreased abundance. The coastal states did not take any action in 2013.
- Basing the reduction off of 2012 provides MD a Bay commercial quota of 1.471 million pounds. If 2013 was used, our quota would have been 1.321 million pounds.
- Maryland’s Bay commercial quota in 2014 is 1.925 million pounds.

So no size increase, because they simply adjust the number of fish to kept directly by the quota instead. As noted, the recs will bitch that the coms are allowed to keep smaller fish, they will, in fact, catch less fish. If you trust that they are reporting their catches fairly. That's a big if.

The final point is important for the recreational fishery too.  If you sort through 100 fish to keep 2 keepers and there is a 5% mortality rate on catch and release fish (not unrealistic SWAGs in some circumstances), you kill 7 fish.  If you raise the limit to 20 inches, and try to catch 2 fish to keep, you might need to sort through 200 fish, for a mortality of 12 fish.  Is this an improvement? On the other hand, many anglers will simply be discouraged from fishing.

Those of us who fish a lot have been saying for a few years that changes are due. Well, here they are. Next year, keeping fish will be significantly harder. It will be interesting to see how much.
Posted by Fritz at 7:00 PM