Elves and Hobbits and Dwarves, Oh My

Slate has an important discussion relating to the stars of Peter Jackson's newest movie, and the old series of books by J.R.R. Tolkien.  Just how like humans are the various humanoid creatures of the Lord of the Rings? What's with the interbreeding between elves and humans (Arwen and Aragorn)?  How does that work?

Are Hobbits Human? Textual and genetic analysis of our closest real and magical relatives.


Are hobbits human and just really short? Or are they some entirely other species, like a gold-hoarding dragon? In high-school biology class they teach you to define species in terms of interbreeding. A horse is something that can make nonsterile babies with other horses; it may mate with a donkey, but since their offspring are sterile mules, horses and donkeys count as separate species. 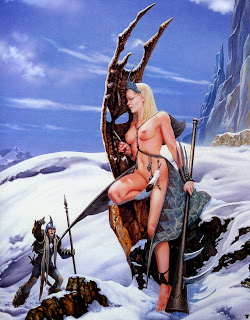 Well, that's not always strictly true, lots of "species" can interbreed, but they usually don't.  Most of the large dogs on the planet can interbreed and produce fruitful offspring, they just don't very often.  Wolves, dogs and coyotes interbreed and produce fruitful offspring, but wolves kill coyotes on sight most often, correctly perceiving them as competitors. But once in a while they do breed in the wild, and produced the Red Wolf, as well as the new coyotes appearing on the East Coast.  Much of what keeps closely related but nominally separate species apart are behavioral differences.  And don't even ask about orchids or bacterial taxonomy. 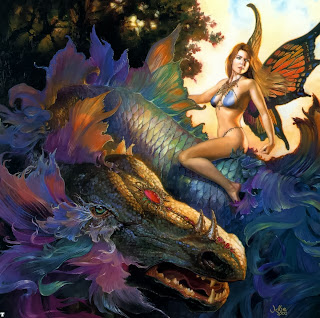 By that standard, the most relevant J.R.R. Tolkien passage comes from Appendix A of the Return of the King:

There were three unions of the Eldar and the Edain: Lúthien and Beren; Idril and Tuor; Arwen and Aragorn. By the last the long-sundered branches of the Half-elven were reunited and their line was restored. 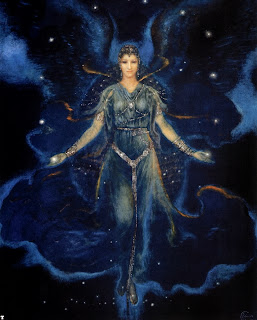 All most all artists agree that elves vaguely "different" than ordinary humans, with pointy ear (why?), and which have life spans long enough to be effectively immortal.  They also must have low reproduction rates, or the world would be up to it's neck in them.


It helps to recall here that Eldar is another word for elf and Edain is another word for human. Tolkien is saying here that there were two human-elf pairings in the backstory to the Lord of the Rings. One between Lúthien and Beren and another between Idril and Tuor. Both Arwen and Aragorn are descendants of one of these pairings. So when they get together in the course of the series, they reunite the half-elven lines. 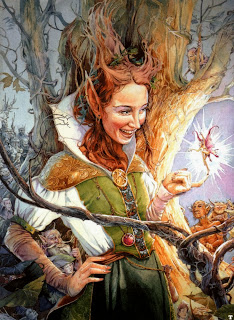 It's also pretty  clear that JRR's universe was created out of a pastiche of legends and myths from Celtic and Germanic sources, among them the Nibelungenlied, an important source for "The Ring of the Nibelung."  His "elves" are clearly close kin of the Norse Dark Elves (Alfar) and the Celtic Sidhe, and kin to the fairies in Shakespeare's Midsummer Night's Dream.


Given that these pairings are clearly possible and fruitful, one might wonder why they seem to be so exceptionally rare. Chalk it up to magic, if you like, or perhaps it’s a question of prejudice. 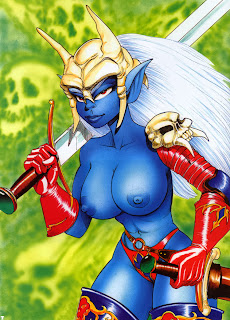 None of these primal sources seem to indicate that the elvish lines cross with humans, although the British Isle family seems prone to stealing human children to raise.  JRR clearly came up with the evidence for this particular miscegenation in his research.  Clearly, the fairly low birth rate among elves has a lot to do with it.  Even if they were screwing the humans left and right, their birth rate is so low that issue rarely comes from it.  Sort of natural birth control.  Elves are clearly K strategists, with few offspring and lots of parental input (Legolas was still living at home after more than 600 years according to the new movie), while humans bang out a pack, and let them sink or swim on their own in 18 years or so, typical r strategists.

If, as the article seems to suggest, humans and elves are genetically related, but differ enough to be considered either different species, or subspecies within a larger, more variable human species, then it is likely that some mechanism like a preference for their own species would evolve to keep the subspecies diverging.  It's not prejudice, it's a common form of sexual selection that helps drive speciation. 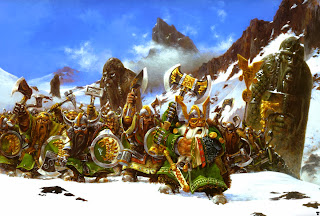 What about other species? Aragorn says he fought half-orcs under the control of Saruman at Helm’s Deep. Fans discussing the possibility of hobbit or dwarf hybrids on Tolkien forums don’t come up with any textual references to specific instances, but they do offer some strong evidence that they are possible. The prologue to the Fellowship of the Ring states that “it is plain indeed that in spite of later estrangement Hobbits are relatives of ours: far nearer to us than Elves or even than Dwarves.” If human-elf hybrids are possible, and dwarves and hobbits are taxonomically more closely related to humans than elves are, then it seems plausible that human-hobbit, human-dwarf, and hobbit-dwarf hybrids would also be possible. By that standard, perhaps, hobbits are humans—just short ones. 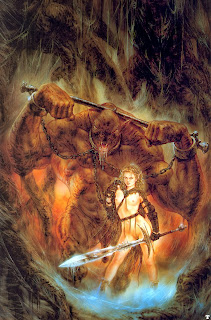 I believe that JRR, who was a philologist, and not a biologist, was clearly in error in identifying dwarves as close kin.  According to his own works, dwarves were created out of loneliness by one of the original archangels (he called them something else, but they were archangels).  God (Illuvatar in the Silmarillion) created both elves and men, in his own image (sound familiar?) and put them on the earth at different times.  Illuvatar did not destroy the dwarves, but made them wait until after the elves were in place  to come out of a magical slumber.  I would argue that, therefore, the dwarves have a separate origin, and likely not much genetically in common with the humans or elves other than bipedality and a love for weapons, and it is very unlikely that, even if the parts fit, that a union between dwarves and humans or elves would be anymore than a bit of fun. 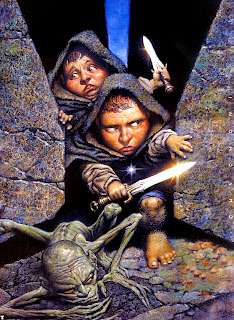 As for the relations between humans, elves and orcs, orcs are "broken" elves according to Tolkien, so clearly all have a similar origin, which suggests that while interbreeding may not be common, it can occur, and sometimes the results are fruitful as well.


On the other hand, perhaps the existence of occasional half-elvish children is a magical phenomenon, and despite the even closer human-hobbit genetic relationship, no interbreeding is possible under natural conditions.

Hobbits?  Clearly just small people not far along the road to speciation from the main human line.  As they say, "What goes on in Bree, stays in Bree."  From the descriptions, I would guess a little human genetic material snuck back into the Took line somehow.

What could be more fruitful than speculating on the sex lives of imaginary humanoids? A real sex life?

Wombat-Socho has the grand Rule 5 post: Rule 5 Sunday: New Year’s Extended Hangover Relief Edition up at the other McCain.
Posted by Fritz at 6:00 AM