Cheerleading for Obamacare Schadenfreude on a Chilly Day

It was only 17 F by the time we finally got around to looking at the thermometer.  However, a giant blob vortex of cold air is on its way down from the North Pole (thanks, Santa!), so this is likely to be just a pause in the cooling pattern for the next few days.

The polar vortex is an area of cold low pressure that typically circulates around the Arctic during the winter, spreading tentacles of cold southward into Europe, Asia, and North America at times. Except this time, it’s not a small section of the vortex, but what one forecaster, Ryan Maue of WeatherBELL Analytics, called “more like the whole enchilada” [that's visiting the eastern U.S.]


Let's start off with some pure unadulterated schadenfreude: An Oregon Obamacare cheerleader finds 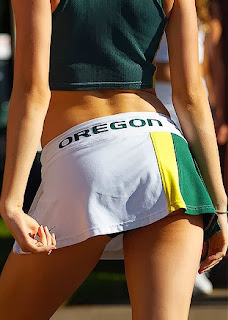 out it's going to cost her more than she's willing to pay:


One Oregon mother says that she is unable to afford health insurance for her and her 18-month-old son because it’s too expensive.

The woman — who wishes to remain anonymous — tells KOIN-TV that she originally championed President Barack Obama’s signature health care law because she thought it would help people in her situation.

“It wasn’t until I started the process and got an agent that I started hearing from them I wasn’t going to qualify for subsidies because I qualify on my husband’s insurance,” she told KOIN.

There's always divorce.  The administration doesn't really want to encourage marriage; it makes women dependent on the men, not the government.

You know, she might want to go on her husband's insurance to avoid the delays in care due to government red tape: Doctor’s Office Spends 2 Hours On Hold With Health Insurer For Patient’s Surgery Authorization


“I’m not a happy camper,” said Nate Zajcew, the patient’s husband. The couple signed up for a Blue Cross Blue Shield bronze plan through the federal HealthCare.gov site on Dec. 16. “I understand it’s just a matter of paperwork and yesterday was a holiday. I can be an SOB, too, at times, but since they’re going on with the procedure, it’s OK.”

Venetos, a Chicago digestive system specialist, described “tremendous uncertainty and anxiety” among patients calling his office recently. Some thought they’d signed up for coverage but hadn’t received insurance cards yet. Others had insurance policies that were canceled and weren’t sure if their coverage had been reinstated after Gov. Pat Quinn decided to allow one-year extensions of canceled plans. 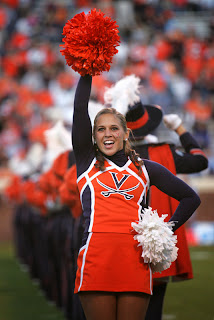 
Hospital staff in Northern Virginia are turning away sick people on a frigid Thursday morning because they can't determine whether their Obamacare insurance plans are in effect.

Patients in a close-in DC suburb who think they've signed up for new insurance plans are struggling to show their December enrollments are in force, and health care administrators aren't taking their word for it.

In place of quick service and painless billing, these Virginians are now facing the threat of sticker-shock that comes with bills they can't afford.

'They had no idea if my insurance was active or not!' a coughing Maria Galvez told MailOnline outside the Inova Healthplex facility in the town of Springfield.

She was leaving the building without getting a needed chest x-ray.

The contention that the individual mandate is necessary, because it solves the “free-rider” problem, is worthy of further examination: because it suffers from numerous conceptual and factual flaws.

1. In the first place, “free-riding” is an artifact of clumsy government policy

People talk about “free-riding,” or uncompensated care, as if it were a law of physics, like gravity: a fundamental problem that has no other solution than forcing everyone to buy health insurance. But it’s not. In fact, “free-riding” is a direct result of a clumsy, unfunded mandate passed by Congress in 1986, called the Emergency Medical Treatment and Active Labor Act, or EMTALA...

The cool thing about being a democratic legislator is that you get to create problems by regulating the free market, blame them on the "free market", and use that as an excuse for more meddling.  Oh, there are 5 more points. 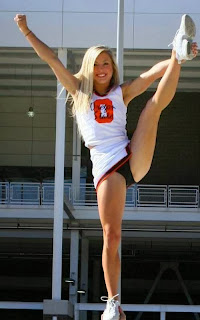 
The headlines eventually faded, but work on the Oregon data set has not. In the fall, the study’s researchers came out with another interesting result: ... And today they’re releasing another paper, this time on the effect that becoming eligible for Medicaid had on ER usage. “It’s especially important to have that kind of gold standard,” in cases like this, says Amy Finkelstein, an MIT professor on the research team. “Where it’s not just a question of what the magnitude of the effect is, but a priori we don’t know what the sign of the effect could be.” Which is to say: Does giving people Medicaid drive ER usage up, or down?

The answer, it turns out, is “up.” People who got access to Medicaid used doctors more than people who didn’t. But they also used the ER more. And contrary to the theory that Medicaid might divert people from ERs to primary care physicians, the big increases actually came from the somewhat-less urgent problems that we were hoping to divert from ERs...

...if you’re in a car wreck or your arm has been cut off, you go to the ER whether or not you have insurance. But if it’s a bad case of strep, you might decide to tough it out. What is surprising ... or at least interesting ... is that the visits increased.

As health-care researcher Jonathan Gruber told the Washington Post’s Sarah Kliff, this helps put to rest one of the fonder hopes of health-care expansion, that it would save money through preventative care and diverting people away from expensive emergency room visits. 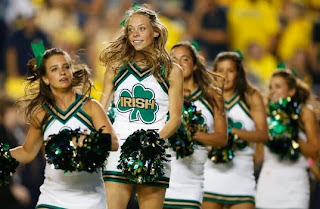 
Consider the absurdity of the government’s position. As pointed out by Archbishop Kurtz, the president of the U.S. Bishops, under the Administration’s current policies, large businesses will be able to completely eliminate any health insurance for their employees, with no fine at all, but religious organizations that refuse to cooperate with moral evil will be subject to crippling fines of $100 per day per employee. The government won’t even grant temporary respite while legal challenges are working their way through the courts. They can’t even bring themselves to give a break to the Little Sisters of the Poor, who spend their entire lives caring for needy elderly people.

Why is this? It’s not that hard to understand. The current Administration is entirely beholden to an ideology of sexual liberationism that considers contraception, sterilization and abortion to be “sacred ground”. They consider this ideology to be so central to life that they will brook no opposition, and will do whatever it takes to bring to heel anyone who opposes them.

Now, this one will be a challenge... Charles Krauthammer says that the GOP can put the final nail in Obamacare by repealing the insurance company bailout that's built into the law, in the almost certain event that Obamacare fails to sign up enough "young invincibles" to pay the bills.


First order of business for the returning Congress: The No Bailout for Insurance Companies Act of 2014. Make it one line long: “Sections 1341 and 1342 of the Affordable Care Act are hereby repealed.”

End of bill. End of bailout. End of story.

Why do we need it? On Dec. 18, the chairman of the Council of Economic Advisers was asked what was the administration’s Plan B if, because of adverse selection (enrolling too few young and healthies), the insurance companies face financial difficulty.

Jason Furman wouldn’t bite. “There’s a Plan A,” he replied. Enroll the young.

But of course there’s a Plan B. It’s a government bailout...

...Which is why the GOP needs to act. Obamacare is a Rube Goldberg machine with hundreds of moving parts. Without viable insurance companies doing the work, it falls apart. No bailout, no Obamacare.

Such a bill would be overwhelmingly popular because Americans hate fat-cat bailouts of any kind. Why should their tax dollars be spent not only saving giant insurers but also rescuing this unworkable, unbalanced, unstable, unpopular money-pit of a health-care scheme?

The GOP House should pass it and send it to Harry Reid’s Democratic Senate. Democrats know it could be fatal for Obamacare. The only alternative would be single-payer. And try selling that to the country after the spectacularly incompetent launch of — and subsequent widespread disaffection with — mere semi-nationalization.

Do you really think vulnerable Democrats up for reelection will vote for a bailout? And who better to slay Obamacare than a Democratic Senate — liberalism repudiating its most important creation of the last 50 years.

Want to be even bolder? Attach the anti-bailout bill to the debt ceiling. That and nothing else. Dare the president to stand up and say: “I’m willing to let the country default in order to preserve a massive bailout for insurance companies.”

It's worth a shot.

Featured in this weeks "Sorta Blogless Sunday Pinup" at Pirate's Cove.
Posted by Fritz at 11:39 AM