I went on a snakehead fishing trip today yesterday. I'll fill some text in later..

I have had this trip on the books since early winter sometime.  I signed up for trip to catch Northern Snakeheads (and pesky Largemouth Bass) with charter Captain and friend, Mike Starrett, who runs Indian Head charters, and who runs trips for snakeheads, bass, crappie and Blue Catfish (to name a few) while working full time at a so-called real job.  Here is the bass/snakehead boat ready to launch into Matawoman Creek, Maryland.  Note the front casting platform, and the huge pile of fishing rods (only two of which were mine).  Also along was another friend, Tom, who I've fished with for almost 25 years now. 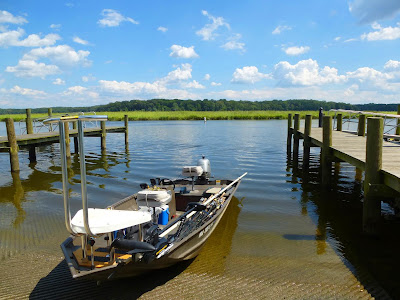 Mattawoman Creek is one of the true gems of the Chesapeake.  Located shockingly close to Washington DC, it is a large tidal stream off the freshwater portion of the Potomac, largely undeveloped, and a maze of lily pads, Wild Rice and Pickerel Weed.  There is a kayak concession at Slavin's Landing, if you insist on seeing it the hard way. 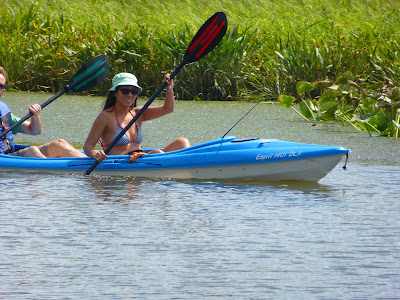 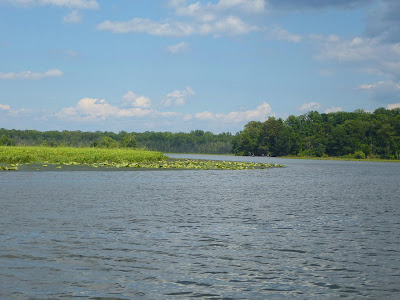 It's an excellent area for watching the eagles and Ospreys, as the abundance of fish supports a bumper crop of both. 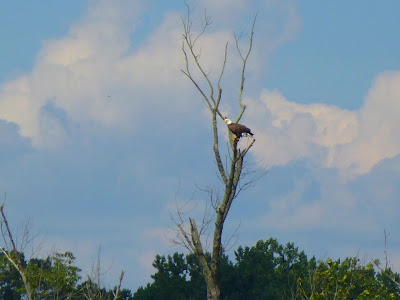 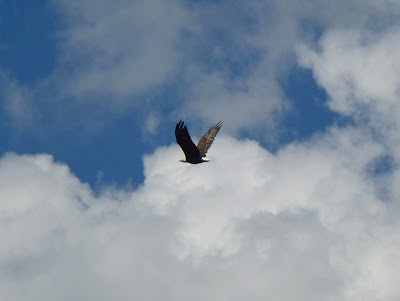 Tom caught the first and second fish.  The first was a small bass, which went unphotographed.  Then we switch gears, and went to throwing big frog imitations up into to weeds, and he caught the first snakehead.  About 21 inches and 3 lbs (despite Tom's effort to make it appear longer).  Getting them out of the thick weeds can be a trick. 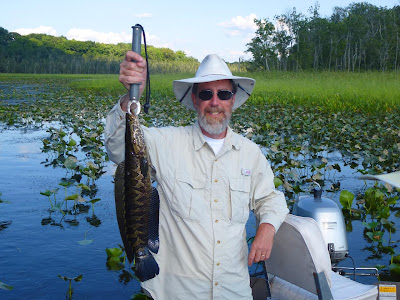 I got my first, and so far only snakehead a few minutes later.  They were nearly identical in size, to the point that when it came time to clean them, we didn't know which was which. 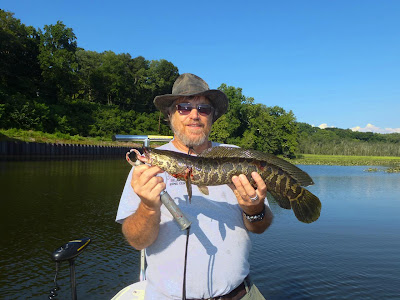 We kept fishing the same "weedless frogs" on up into the creek, and into shallow water.  We both lost what were probably snakeheads, and both caught some of those pesky green things... 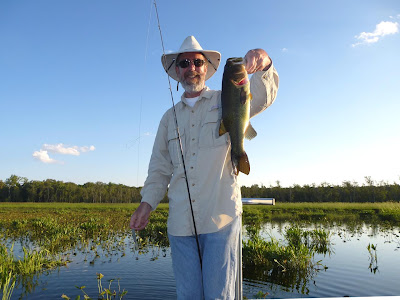 This one was particularly amusing.  I threw the "frog" (which you can see in the picture) over a couple clumps of weeds.  It must have landed in the mouth of the this bass, because for a few seconds I thought I was just fighting the weeds. 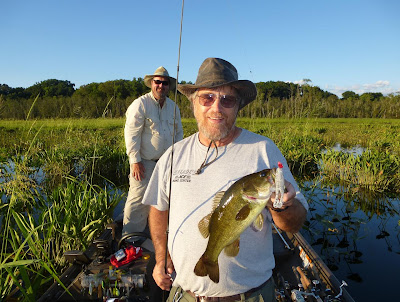 We stayed until just about dark, and continued to get hits and fish.  This shot shows the "Belt of Venus" over the lily pad, wild rice and woods of Mattawoman Creek. 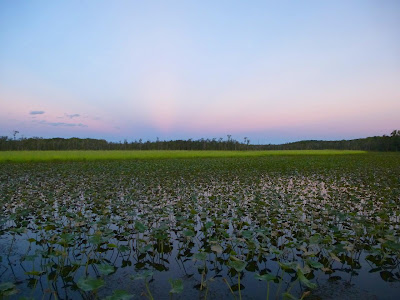 Finally, Mike picked up a rod and showed us how it was done. 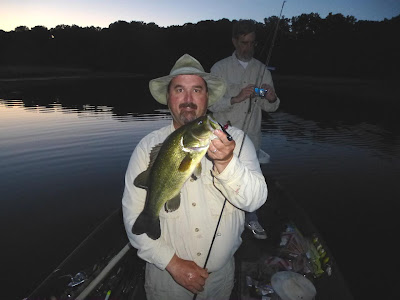