Sympathy for the Devil

An article in the liberal Gawker attempts to normalize pedophiles: Born This Way: Sympathy and Science for Those Who Want to Have Sex with Children

Imagine a world in which admitting your attraction to busty women or tall men led to alienation, jail time, or your murder. Older gay men can probably remember such an era, but nowadays most sexual appetites have been mainstreamed to the point of banality. Pedophiles, for obvious reasons, don't enjoy the same kind of tolerance, and thus it seems as if they may be locked forever in a sexual prison from the moment they're born....

In between is some moderately interesting science on what the risk factors for pedophelia are.  They seem to lowered IQ, left handedness, and other indicators of brain development gone awry, which would make it akin to homosexuality.


The old adage is that the true mark of a society is how it treats the weakest in its ranks. Blacks, women, Latinos, gays and lesbians, and others are still in no way on wholly equal footing in America. But they're also not nearly as lowly and cursed as men attracted to children. One imagines that if Jesus ever came to Earth, he'd embrace the poor, the blind, the lepers, and, yes, the pedophiles. As a self-professed "progressive," when I think of the world I'd like to live in, I like to imagine that one day I'd be OK with a man like Terry moving next door to me and my children. I like to think that I could welcome him in for dinner, break bread with him, and offer him the same blessings he's offered me time and again. And what hurts to admit, even knowing all I know now, is that I'm not positive I could do that. 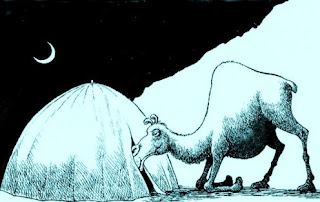 Isn't one definition of a liberal progressive someone who wouldn't take his own side in a fight?

It seems like the camel has it's first hump through the tent door.