I Guess You Really Can't Take it With You... 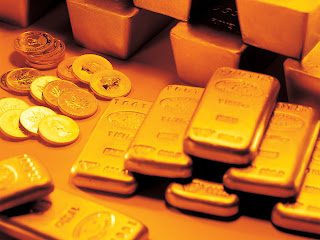 A Carson City recluse whose body was found in his home at least a month after he died left only $200 in his bank account.

But as Walter Samaszko Jr.’s house was being cleared for sale, officials made a surprise discovery: gold bars and coins valued at $7 million.

“Nobody had any clue he was hoarding the gold,” Carson City Clerk-Recorder Alan Glover told the Las Vegas Sun, adding it was found stored in boxes in the house and garage.

Gold in Carson City?  I would have thought that silver would be more appropriate.Incidentally, that's almost 250 lbs of gold at today's prices ($1770 per ounce).


Neighbors told authorities they knew little about Samaszko other than he was quiet and not a problem.

Samaszko was “anti-government,” Carson City’s Nevada Appeal reported, and a few conspiracy theory books were found in the home along with several guns. “He never went to a doctor,” Glover told the newspaper. “He was obsessed with getting diseases from shots.”

Glover said he wants to start selling off the gold as soon as possible. The IRS wants a share of the total, he said, and the case is relatively simple other than the agency’s involvement.

I am agnostic when it comes to gold as a standard reservoir of value.  It's rare, relatively indestructible, pretty and makes good jewelry, but the same can be said of any number of other elements, only some of which are held in similar esteem (platinum and silver for example).  On the other hand, I'm becoming more convinced that the US government will be forced to inflate it debt away eventually, and if it's possible, and legal, holding gold is some protection from that.  While I may not regard gold as the ultimate standard for value, others do, and that's probably sufficient.
Posted by Fritz at 7:20 PM