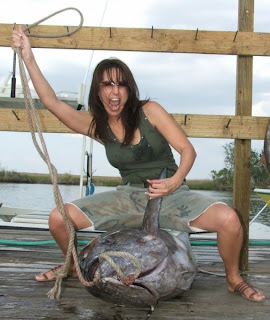 Why Do Americans Eat So Much Tuna Fish?

Because it’s cheap and bland. Most of the tuna consumed in 19th-century America was imported in cans from France and served to European guests at upscale East Coast restaurants. Mainstream Americans considered the fish too gamey, until a cannery in San Pedro Bay, Calif., figured out that the steamed white meat of albacore tuna has very little flavor if you drain the fish’s own oil and can the meat with olive or cottonseed oil instead. The company began marketing the product as a chicken alternative in 1907. It distributed thousands of free recipe booklets, which contained mostly classic chicken or canned salmon recipes with tuna as a substitute. 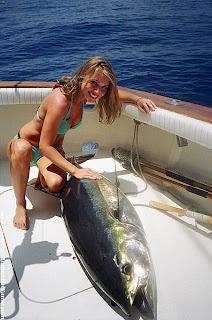 Americans found that tuna’s flavor was hardly noticeable in the right sauce, and sales began to rise. The tuna revolution really took off, however, during World War I. European countries, and eventually the American government, bought the inexpensive canned fish to feed the troops. (Uncle Sam was so desperate for protein during the Great War that the government even tried to push whale as a beef substitute.) Returning soldiers continued eating tuna, which displaced salmon as America’s fish of choice by the 1940s, and fishing boats had to venture further and further from shore to satisfy demand. 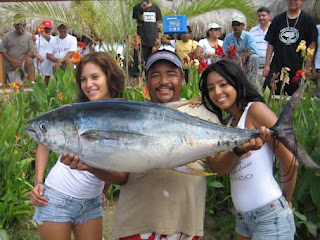 Canned tuna also owes its early success to El Niño. The California Fish Company, which popularized canned tuna in America, originally specialized in sardines. A change in the weather in 1903, however, pushed the tiny fish out of San Pedro Bay, forcing the company to experiment with substitutes like halibut and rock cod, eventually settling on albacore. 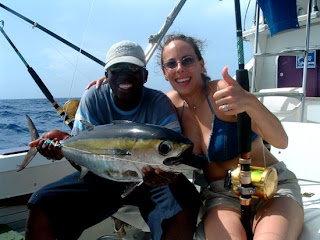 The collapse of the sardine fishery in California (and in fact, the US West Coast) is an interesting story.  It has generated one of the great studies in Marine Biology, the CalCOFI (California Co-operative Oceanic Fisheries Investigations) studies, which carried out enormous amounts of basic oceanographic and fisheries research models off the California coast. 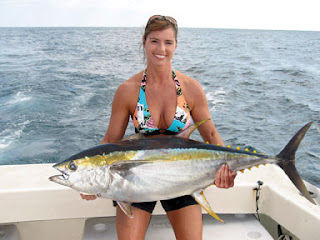 It turns out that sardines and anchovies trade off period of long term dominance in a pattern controlled by the climate; during periods of warmer water, sardines predominate, in times of cold water, anchovies are the most important forage fish.  There was a very neat study using fish scales that accumulate in sediment that showed how they have alternated in abundance over the past 1700 years


Linked at The Classical Liberal "Doom and Gloom" Linkfest, and at The Other McCain's Rule 5 Sunday.