Yesterday we visited Florence, known locally as Firenze. The first stop was to visit the local Academy of Art, home of Michaelangelo's David, considered on of the worlds finest sculptures, and many other works of fine art. Because of a strike the previous day, yesterday's patrons were also competing for space, and the lines for entry were very long. 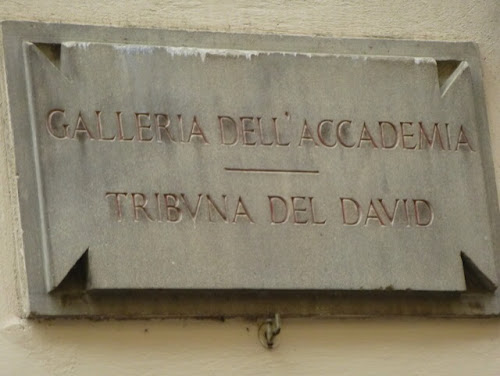 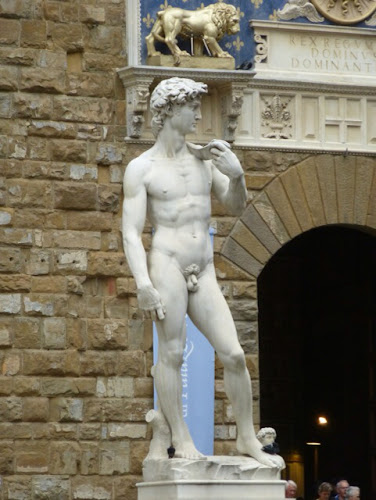 This picture is not the original David, but rather a copy that stands in a city square where the original stood for 300 years before being moved indoors. There were no photos allowed in the Academy. That statue is a little off; I always thought David was Jewish, if you know what I mean... 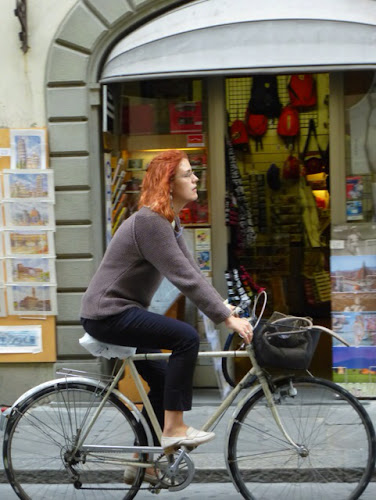 Churches! Florence has churches! This might be the Churc of St. Croce. I thought "Bad, Bad Leroy Brown" was good, but maybe not that good. 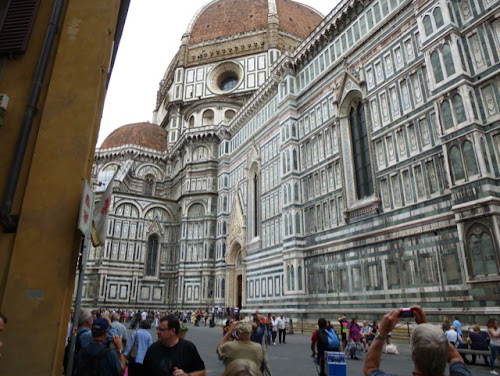 A watch tower from the ancient Roman wall, found hidden in structures, now resorted as a restaurant and rooms. 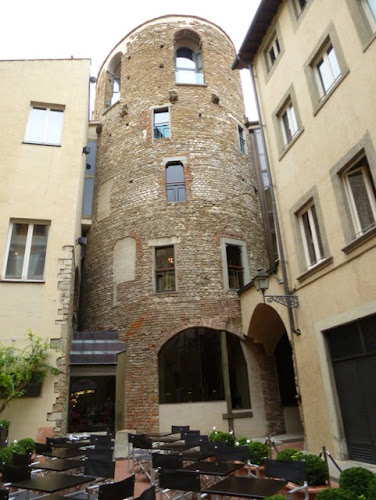 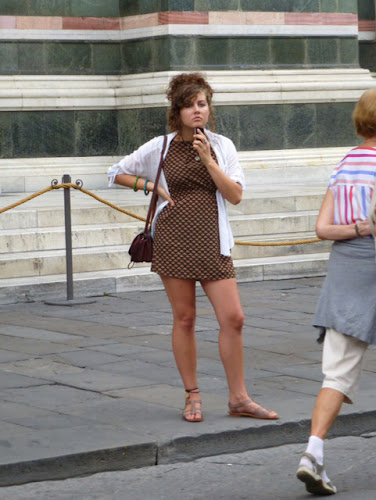 Hmm, just standing by the Church. 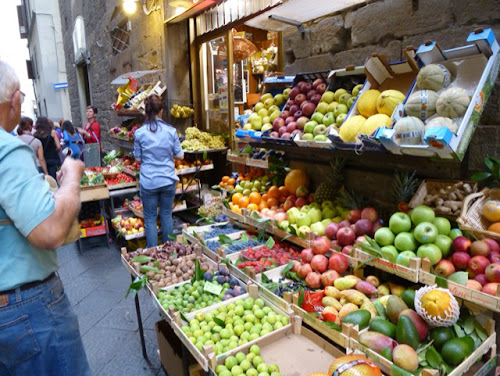 A fruit stall down in the narrow streets. There were many other small shops and stalls as well. 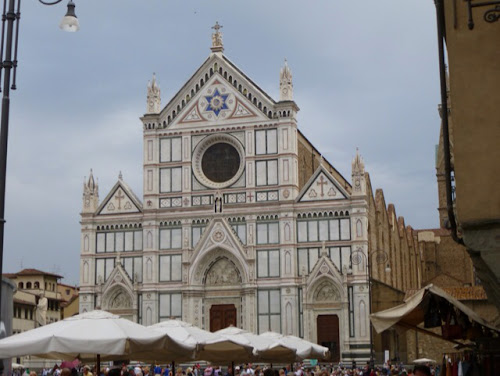 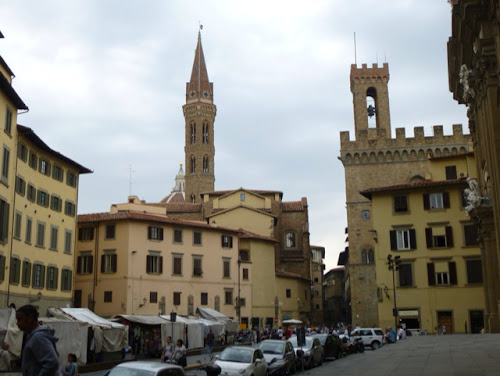 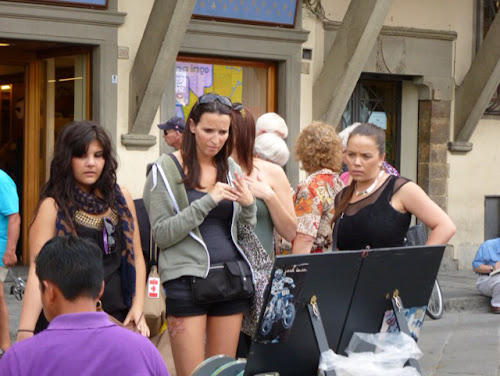 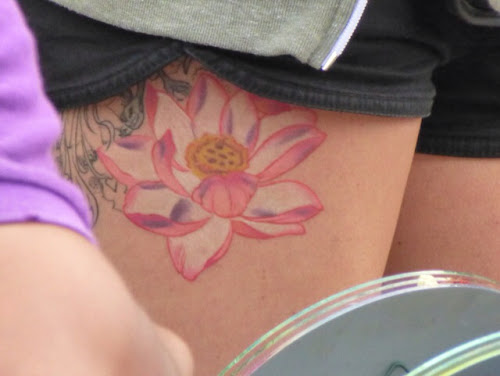 Thanks to Wombat-Socho for indulging me and linking this (and my other Italy Rule 5 posts) on The Other McCain for the last two weeks.
Posted by Fritz at 3:25 AM