The ship pulled into Skagway, Alaska this morning before we awoke. After our usual lingering breakfast, all of us caught the shuttle into the town. Skagway is a town of 800ish full time residents on a fjord, nestled in a narrow valley between snow capped peaks. We were fortunate to hit it on one of it's rare sunny days: 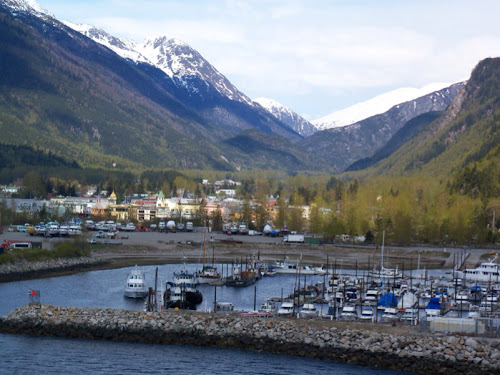 The "main drag" in town is a half mile of tourist shops, mostly jewelry, but also the usual assortment of relevant and irrelevant souvenirs, and a few pseudo-period eateries. 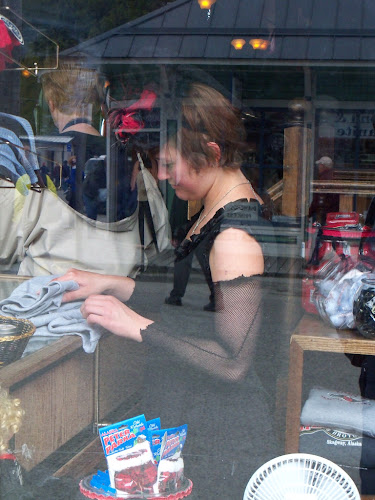 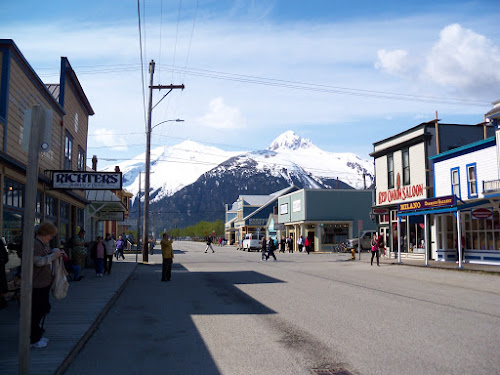 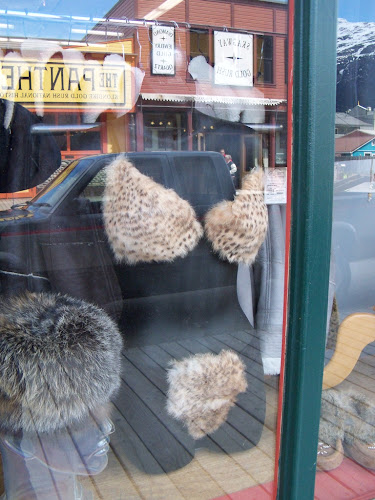 Skagway is notorious for it's vaguely shady past. The main route into the Klondike for the Alaskan gold rush, Skagway was plagued by gangsterism and con men, personified by "Soapy Smith", now the town's most famous character. Of course, like all frontier towns, it was also host to a number of "fallen women." 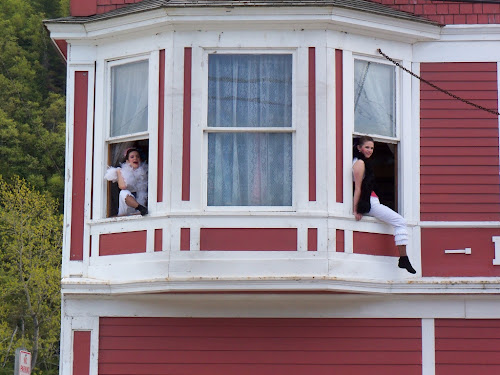 These girls were advertising for a production on town history. 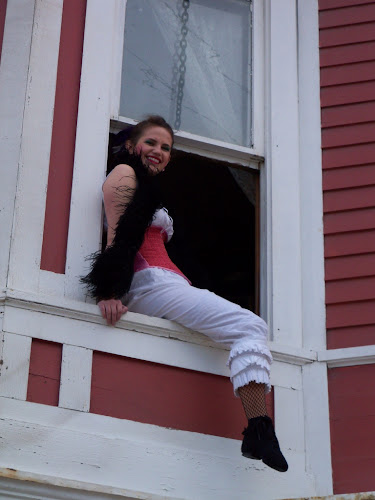 Alas, I could not stay for the show, as we had lost my parents temporarily, and we had to go on a scavenger hunt for them. It turned out they had gone back to the ship. 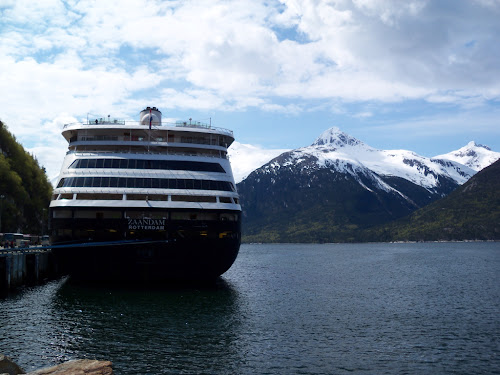 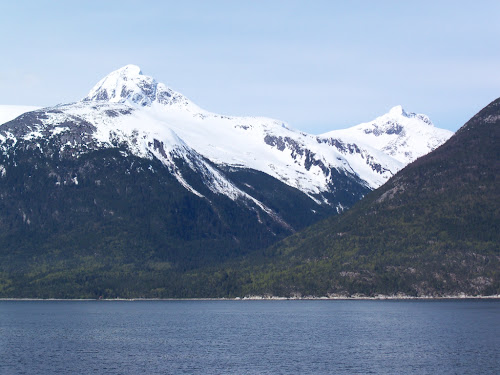