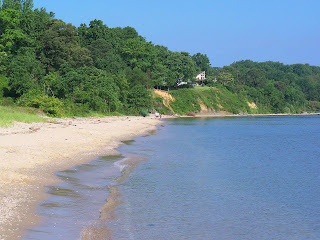 Another great morning at the beach.  A bit warmer than yesterday, on it's way up to 90 F this afternoon, but quite pleasant at 9 AM.  We left Georgia behind this morning to tend to some business, and met Joel a little early to get an early start on a trip up the road. 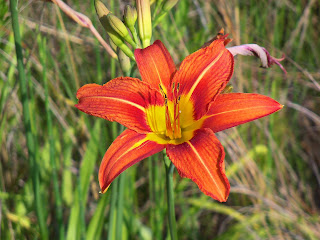 Poor Red; he picked up a fish hook in his lip with some bait yesterday after we left, and got a trip to the vet as payback, but he was looking OK this morning.


Some Daylilies escaped from captivity into the area behind the dunes. 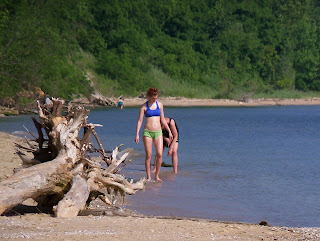 A wild Ginger sighting.  You do occasionally find them in the wild, but usually they hide from the sun due to their sensitive skins and lack of souls. 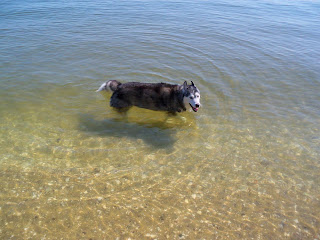 Come on in, Dad!  The water's fine!  It really is too.  It's warm enough to swim in now, it's about as clear as you're likely to find it here, and the jellyfish (Sea Nettles) have not started yet. 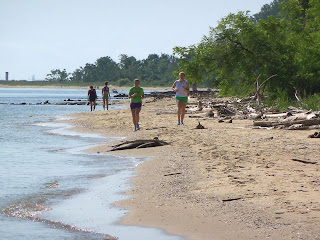 But some people were determined to work up a sweat anyway. 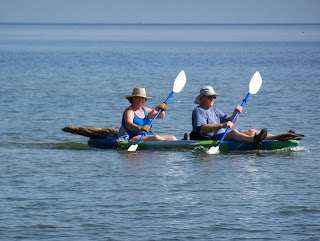 Others were working up a sweat retrieving driftwood for some kind of artsy project. 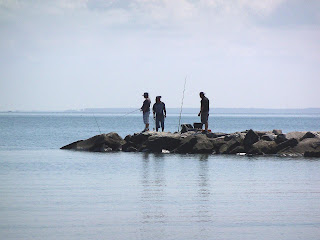 Fishing out on the end of the jetty.  I don't know if anything was caught (I didn't see anything come up) but it's time for Croakers and Spot to start appearing near the beach.
Posted by Fritz at 7:28 PM