Yesterday, Friday the 18th we cleared Glacier Bay around 4 PM. The rangers and the native interpreter were last seen boarding their tender and heading for the Park headquarters near the mouth of the Bay. 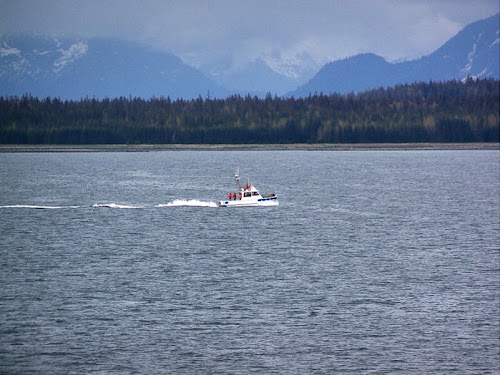 Once out of the Bay, the ship swung to the North, headed for our final stop in Seward, and we got off of the tail of the Sea Princess, which had been roughly an our ahead of us since Juneau. She turned south, headed back to Seattle. 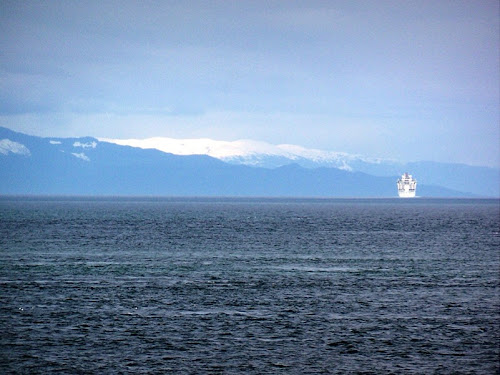 Once out of Glacier Bay, the sun made some effort to pop out, as we headed north, towards the open ocean. As Georgia and I did a few walking laps around the Promenade deck to try and work off a little of the fat we have accumulate at the Main Dining Hall and Lido Deck (the more or less permanent buffet and viewing area), we spotted a school of porpoises that looked like they were working a school of fish. 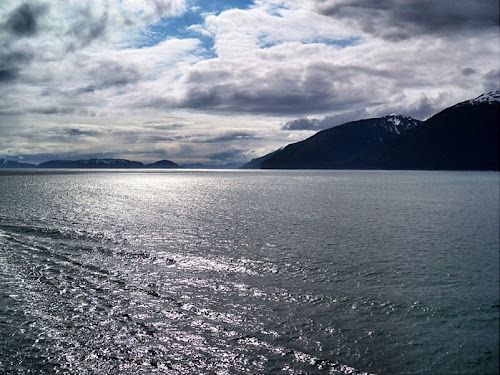 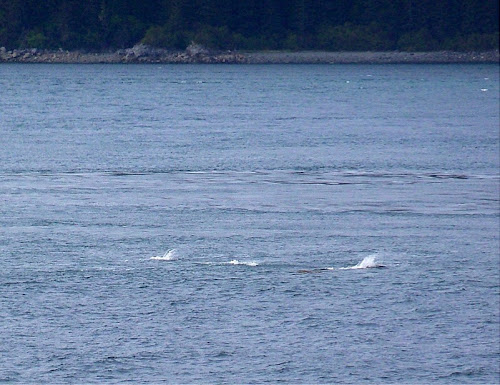 Last night as we were leaving the late show (an interesting musician who played banjo, saw and turkey baster, among other instruments), we noticed that the ship had developed a bit of a roll. This morning the sea is moderately rough, with waves up to maybe 5-6 ft, and a pretty wind. The skies are gray and misting a bit. Altogether a good day to stay inside and accumulate a few more calories.